One Two One Two, the music, film and theatre company founded by sisters Zoe Ní Riordáin and Maud Lee, are launching their new album Éist Liom (listen to me) one-night-only live gig at Project Arts Centre this December - below, they discuss bringing their electronic alt-pop sensibility to an Irish language riff on the story of Carmen, from Bizet's legendary opera...

We started One Two One Two in 2018, as a follow on from our work as the band Maud in Cahoots. We felt it was time to give a new name to our expanding list of art forms. We had started making theatre pieces, at first calling them 'live concept albums' (The Well Rested Terrorist, Recovery). Then when we were making Everything I Do in 2018 for Dublin Fringe Festival, we decided on the name One Two One Two.

When the pandemic hit, we started making films. We are curious about different forms and we were collaborating with film and theatre artist Shaun Dunne at the time. We decided to collaborate on a short film Dúirt Tú (you said) in June 2020. Featuring Mufutau Yusuf and Maud Lee, it has played successfully at film festivals, winning Best Director award at Cork International Film Festival in 2020.

Since then, we have made another short film in Irish, Tar Anseo (come here) featuring Seána Kerslake and Peter Coonan, and Maud. Our biggest film project to date, Éist liom is currently in the edit project. They are a suite of films, connected to the story of Carmen, from the opera by Bizet.

In the last two years we have made three films, developed a new piece Building Project with Glasshouse Music and Project Arts Centre, and we have written and recorded and album Éist liom. We are so thrilled to get back to playing live music for an audience. As Maud in Cahoots, playing live was where we thrived, and learned the most about performance.

Our theatre and film work has changed the way we write music, and how we think about stage craft. Through these art forms, we have collaborated with producer Simon Cullen (SHIPS), writer/director Shaun Dunne, and some of Ireland’s top actors. Now, we are going back to our roots as pop musicians, and we’re taking Glasshouse with us. This gig is the launch of our new album Éist liom. 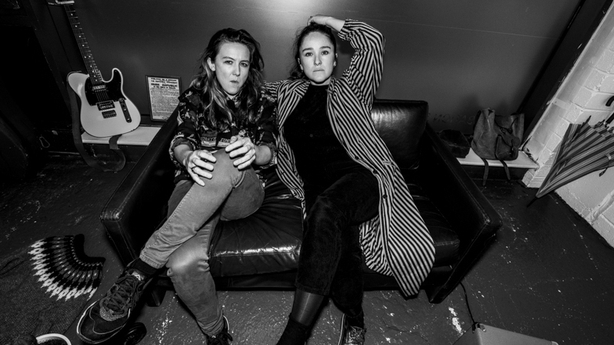 Project Arts Centre has a very special place in our hearts. We have performed our theatre work there and we are Resident Artists. Project have supported our work since 2017, and we are thrilled to play in the Space Upstairs for the first time. As part of this special evening of our music, we will screen Dúirt Tú (you said). On the night, we will be playing with the 10-piece Glasshouse ensemble.

We are so excited to debut our new album with the expansive, cinematic sound of Glasshouse. Maud and I are so thrilled to play some of our favourite songs from Maud In Cahoots and our previous theatre/music work. We want to let loose, enjoy the freedom of live music again, and gather people to listen to an eclectic and heartfelt suite of pop songs.

One Two One Two are live at Project Arts Centre, Dublin, on Saturday 3rd December - find out more here. 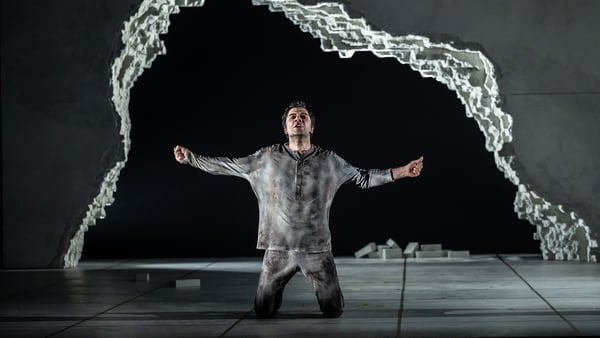