Last weekend, RTÉ Arena's Sinéad Egan met Martin McDonagh and the two men who play Colm and Pádraig, Brendan Gleeson and Colin Farrell, working together for the first time since In Bruges, 14 years ago - watch her conversation with Gleeson & Farrell above, and with McDonagh below.

On a remote island off Ireland's Atlantic coast in 1923, the long-standing friendship of two men ends suddenly, and catastrophically.

In Martin McDonagh’s new film, The Banshees of Inisherin, the occasionally violent fall-out from this break-up is felt in the small island community - against the backdrop of the Civil War playing out in the far distance of the mainland.

In the film, Colin Farrell is Pádraig, a somewhat simple man whose life completely falls apart when his friend Colm – played by Brendan Gleeson – dumps him for no apparent reason. What follows is a very human tale of rejection, persistence and heartbreak.

The Banshees of Inisherin was filmed in late summer of 2021 on Achill in County Mayo, and Inis Mór in County Galway, not far from where writer and director Martin McDonagh has his family roots. The film premiered – and got a 15-minute standing ovation - at the Venice Film Festival last month, with Colin Farrell winning the Volpi Cup for Best Actor.

The Banshees of Inisherin goes on general release in Irish cinemas this Friday, October 21st. Listen to RTÉ Arena live nightly from Mon-Fri on RTÉ Radio 1 from 7pm - or listen back here. 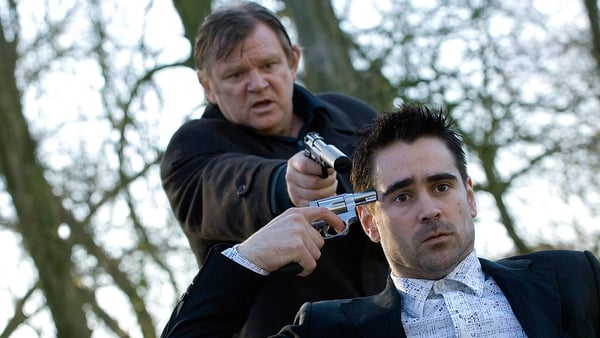 In Bruges, revisited - how they made a comedy classic