The modern hospital, designed with hygienically smooth, washable surfaces, emerged during the twentieth century. Art Deco's streamlined appearance may be more commonly used in this country for the cinemas and the dance halls of the 1930s. Nevertheless, it was also applied to hospitals like this one in the city of Limerick.

In 1931 the urgent need for a hospital in Limerick for the treatment of tuberculosis and other contractible diseases was identified, caused mainly by slum housing in the city. The Limerick County Borough Board of Health soon set amount applying for sanatorium grants to establish a 'separate block of the City Home and Hospital for the reception and treatment of advanced cases of Tuberculoisis’ (1) under Section 6 of the Public Charitable Hospitals (Amendment) Act 1931. This block would become St Camillus’ Hospital. 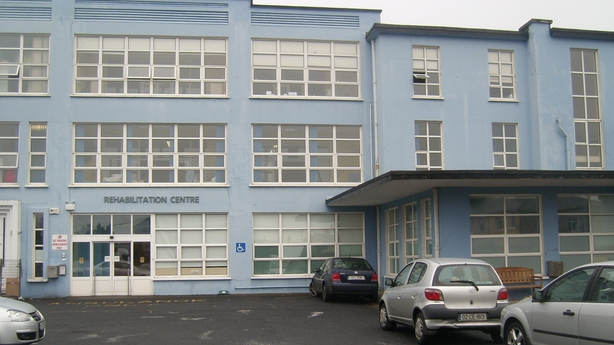 St Camillus’ Hospital was constructed on the site of a nineteenth-century Limerick Union Workhouse and associated infirmary. This Tudor-Gothic style building was constructed in 1839 – 41 to the design of George Wilkinson. It sits within a 12-acre site on the east side of Shelbourne Road to the north-west of the city. It was once isolated from the city, however, suburbia would soon swallow it up. The Limerick Union Workhouse was designed to hold 1,600 inmates consisting of the aged poor, the destitute, the sick and deserted women and children. They were moved here after the closure of the House of Industry which later became the Strand Barracks (2). It was the first workhouse facility in the country where the Mercy Sisters ministered (since 1860). They lived in the adjoining convent dedicated to St Camillus from which the hospital derived its name.

In 1920 the Limerick Union Workhouse was converted in the Limerick City Home run by the County Board of Health. It was a multi-purpose health and welfare institution for the treatment of fever patients, the elderly and the confinement of unmarried mothers and their babies. The threat of being sent to the ‘City Home’ would silence any naughty child in Limerick.

After the establishment of the Free State one of the first issues to be tackled by the government was the health of the nation. The existing public hospital system was based on the British Poor Law system. The passing of the Local Government Act of 1925 meant that the Boards of Guardians (3) were abolished, and workhouses closed. Due to desperately low funding being made available there was little choice but to base the re-organised scheme of hospitals on the existing buildings.

The new hospital which opened in 1933 was designed in an Art Deco style by Limerick architect Patrick J Sheahan (1893 – 1965) of Sheahan & Clery. In 1934 an ophthalmic section was added. Sheahan would go on to design St Anne’s Vocational School on George’s Quay (LSAD today), the Athlunkard Rowing Club, the University of Limerick Hospital and the Mid-West Regional Maternity Hospital amongst others.

The cost of the building of the hospital was funded by the Irish Hospital Sweepstakes Trust – the trust was covered earlier in this series with Cashel County Hospital. During the existence of the Trust, St Camillus’ Hospital received £229,480 in capital grants.

The hospital is a multiple bay, three-storey, Art Deco building. The new building served as the fever hospital and sanatorium during the 1940s until the 1960s where major thoracic surgery for the treatment of tuberculosis and its complications was performed.

The geometric forms and symmetry are derived from Classical models reinterpreted in new ways. The façade comprises of a stepped, paralleled parapet descending with each subsequent bay to either side from the centrally placed entrance bay. The roof is flat and unseen behind the parapet wall.. Its clean lines and smooth rendered walls epitomised the awareness of the necessity of cleanliness and sterile surroundings. Contemporary writing on the importance of patient access to fresh air and sunlight was represented in the concrete balconies on the upper floors. In recent years these have been filled in by glass to create valuable extra accommodation.

Unfortunately. The uPVC windows have compromised the overall appearance of the building. It was these geometric voids against the solidarity of the wall surface that provided visual interest when the building was first built. Other recent interventions include the blocking up of the main entrance of a square-headed front door. Access is provided through a wheelchair-friendly entrance, constructed to the right of the original entrance. A new doorway is created by using the opening of the neighbouring window.

The simple yet elegant stepped doorcase and doorstep are still intact, flanked by square-headed lancet side lights with plain rendered architrave. The original building was extended to Sheahan’s designs in 1949 by Sisk & Sons with a full-height wing added either side of the building.

The hospital operates today as a continuing care facility for elderly patients and houses the State’s first purpose-built Rehabilitation and Strokes Units of the Department of Medicine for the Elderly. The external façade and the original stairwell of the hospital are placed on Limerick City & County Council’s Record of Protected Structures. 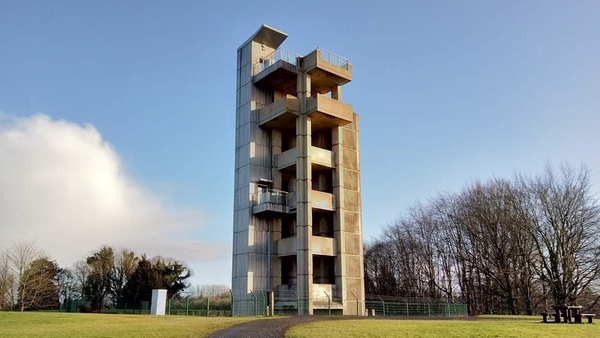 100 Buildings: The Ugliest Building in Roscommon?