Project Arts Centre have invited a number of artists, curators and social activists, with a lived experience of intersectional discrimination, to discuss their practice and share ambitious and provocative new work, encouraging crucial dialogue around the impact of social and economic inequality.

Róisín Nolan is a self-taught artist. Specialising in collage on paper, a satirical Dadaist influence is evidenced throughout her work. Detached from digital with a sole focus on analog, Róisín sources physical imagery to visually narrate stories through a queer intersectional feminist lens.

Applied patience is integral to her practice. Time spent in the physical world searching for imagery or engaging with people in shops or on the street, is used to consider potential applications for symbolism, theory, and philosophy in her work. Using time to consider the world thoughtfully creates fastidious results that communicate a range of experiences, ideas and commentary on the world around her.

Róisín is currently working on a 440cm x 200cm billboard commission for Project Arts Centre in Temple Bar, Dublin, to be presented in October 2022 as part of Whip it Up & Start Again!, an open call that invited artists to transform the Big Blue Building into a site of vital social, political, and artistic discourse, and to take-over the Project billboard during two dedicated slots this year.

Cathy Coughlan: Could you maybe talk a bit about your billboard commission and your motivation for that work, and in particular that site?

Róisín Nolan: Absolutely. I use a combination of text and symbolism to explore themes around religion, politics and misogyny in Ireland through satire and analog collage, which has a rich political history attached to it. I was motivated to create a piece of work that poses the question, ‘Who Is Dublin For?’, because I feel like a lot of the time, it's not for me, or for the vast majority of the population, given the cost of living. People with power and influence are reluctant to actively engage in difficult conversations about accountability and privilege, you know, so I want this billboard to function as conversational device. Project Arts Centre has been an institution for over 50 years, and is located in one of the busiest parts of the country, so having the opportunity to make work on such a large, public site is incredibly exciting.

CC: Is this a new departure for you then, in terms of public work and in terms of the outdoor context?

RN: Yes, yeah and I’m really looking forward to gauging its reception, because asking an audience to consider alternative viewpoints is daunting. It’s scary to put yourself out there publicly in that way. When I was beginning to create the work, I started over intellectualising the whole concept and I wrestled with the idea of representing and communicating our shared frustrations. But I don't think I'm alone in how I feel about what’s happening to the City, and there's strength and solidarity in that. 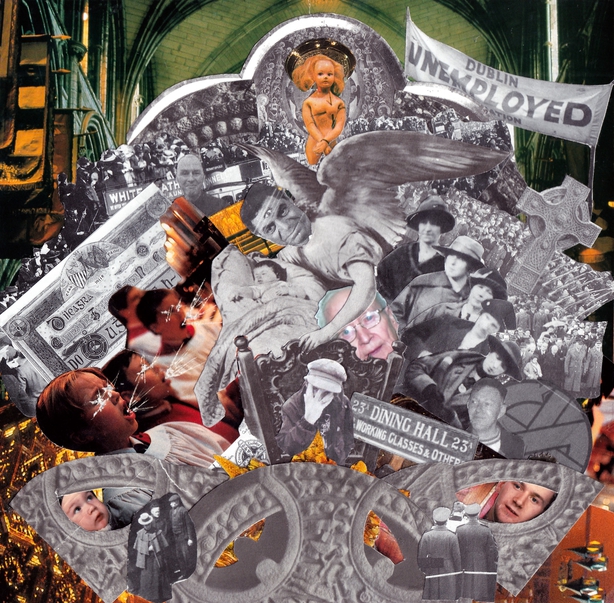 CC: I’ve noticed that you use a lot of imagery from a particular period of Irish history. Do these images hold a particular meaning for you?

RN: Yeah. I mean, the imagery of Celtic Ireland that I use in my work is to eschew nostalgia for an Ireland that doesn’t exist. It’s a fallacy. So I try to tie this exported Irish fantasy in with current social and political issues. By juxtaposing the reality with the fantasy, I’m encouraging the audience to reflect on our past (and present) historical blunders, so we can work towards a more egalitarian future. There's something so deliciously engaging about our landscapes and people, but the romantic idea of Ireland is consistently usurped by the cost of living and this relentless housing crisis. Vulture funds have spent the last few years moulding what space belongs to who in the city.

CC: Temple Bar is full of cultural organisations and it could be seen as very progressive space, but it’s interesting to see how differently it’s presented to tourists. We're actually in some sort of messy in-between, culturally speaking.

RN: Exactly! Ireland has only been a free state for 100 years and in that time our nation has gone from colonial rule, to theocracy, to late stage capitalism. Experiencing so much change structurally and economically has had a huge impact our sense of identity. The economic demands for tourism are not the fault of the citizens, but how our image is exported and sold back to us is definitely going to have an impact on how we view ourselves.

CC: Is there anything else you want to say about broader context of your work and what might be coming next after this commission?

RN: Analog collage is such a wonderful medium for working through social and political frustrations and I lay easter eggs throughout each piece. Little clues, signs and symbols so that each time the work is engaged with, a deeper connection is established. Fundamentally I want my work to encourage people to stop and think, digest, and talk to one another. Grace Lee Boggs’ philosophy is - change through discussion, discussion through community, community through action. So that is what I want the work to achieve in the longterm. Over the next few months I'll be working on a lot of solo projects, primarily focusing on scaling up size wise. I'll be working a lot with distorted images of my own body. I’m also returning to college as a mature student to study psychology and I’m really looking forward to seeing how that informs my practice.

CC: Thanks Róisín, I look forward to seeing the work up later in October. 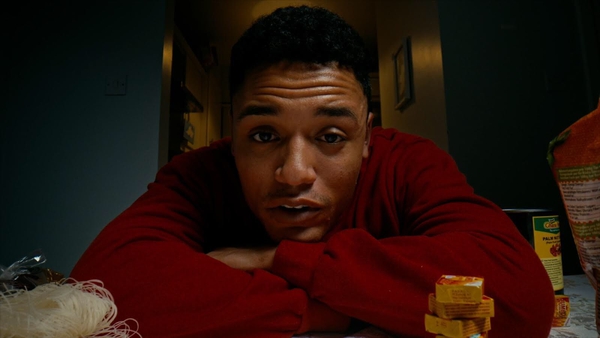