We present an extract from A Question of Honor, the latest installment in The Other Guinness Girl series by Emily Hourican.

Honor Guinness is rich, aristocratic, shy and awkward — nothing like her glamorous cousins Aileen, Maureen and Oonagh. But when she marries charming and ambitious American, Henry 'Chips' Channon, together they make the perfect couple at the heart of the most elite social circles — including a close friendship with the Prince of Wales and Mrs Wallis Simpson. But within the marriage, all is less than perfect. Meanwhile, Honor’s best friend, the beautiful, enigmatic Doris, is set on establishing her place in London society. But, as tensions rise in 1930s Europe, Doris, born to a German-Jewish mother, hears troubling accounts from her cousins in Berlin. Will she be able to secure the right marriage to protect her family, and her future? Set against the rise of Nazism, the abdication of a king, and the slide into World War II, The Other Guinness Girl is a sweeping novel of love, desire, friendship and self-discovery.

London, January 1935: A lunch party thrown by Emerald Cunard, to introduce Wallis Simpson, the Prince of Wales' new mistress, to her circle...

Mrs Simpson stepped in discreetly, almost meekly, Honor thought, and paused in the doorway that they might get a look at her.

'How do you do?’ Her voice was well-modulated, with the American in it subdued. She was tiny, and old, Honor thought, seeing her close to. A middle-aged lady with brown skin wrinkled from too much sun. She had good teeth – square, white, even and neatly spaced – and there was something reassuring about her impeccable grooming. Not a hair strayed from place, not a seam that wasn’t perfectly straight, the powder with which she had dusted her face even and smooth. So groomed was she that the large mole on her chin, just below her bottom lip, seemed all the more outrageous. Like a quite different Mrs Simpson trying to erupt from beneath all that clean-pressed freshness.

‘Delightful to see you again so soon,’ Emerald said, sweeping forward and shaking her hand.

‘Wonderful of you to invite me,’ Mrs Simpson said.

‘Allow me to introduce . . .’ Emerald then began an introduction that was so long – encompassing Honor’s parents, Chips’ writing career, their wedding – that at the end of it Honor, squirming at having to stand silent for so long while this woman observed her, could think of nothing to say except to blurt out, ‘Is your husband here, Mrs Simpson?’

‘Call me Wallis. No. Ernest is unable to get away today.’

She spoke with gravity, as though this Ernest were engaged in something delicate and wonderfully important. He was ‘in shipping’, Honor knew, so what could possibly be so important?

‘Your family are in brewing?’ Mrs Simpson asked.

Honor stiffened. What a thing to say. She opened her mouth to reply . . . what? She didn’t know, but Chips was quicker. And more diplomatic, she thought.

‘The Guinnesses have many interests,’ he said urbanely, ‘and there are a great many of them.’

‘Have you found anywhere yet?’ Emerald asked then. ‘The Channons have been looking for a place in the country, somewhere within the constituency of Southend where Chips will stand at the next general election in place of Lady Iveagh,’ she explained to Mrs Simpson, who nodded politely, without much interest.

Quite why she needed to reassure them, Honor couldn’t imagine.

‘Well?’ That was Oonagh, coming to join them the very minute Mrs Simpson was led away. She had a martini glass in each hand. She drained one, set it down carefully on a marble-topped table, and took a sip from the other. She was as ethereally beautiful as ever, Honor thought – more so even since the birth of her daughter, Tessa, three years before – but she looked tired. There were violet shadows under the pale blue eyes and her once-golden hair was coloured a more subdued brown. She had been in Ireland for almost a year and was back in London ‘to settle things with Philip’.

That meant a divorce, Honor knew. Chips had been furious at the news. ‘First Diana leaves your cousin Bryan for that fellow Mosley . . . I can quite see what she sees in him,’ he had said with a flash of his white teeth that seemed rather lascivious, Honor thought uneasily, ‘but must she be so histrionic? What is wrong with a discreet affair? And now Oonagh and Philip. Between them, they will drag the Guinness name through too much mud.’

‘What did you make of our new lady-in-waiting?’ Oonagh continued.

‘Hard to know what exactly all that quiet deference is a front for . . .’ Honor mused.

‘But definitely a front?’ Honor asked.

‘Oh definitely,’ Oonagh said with a laugh. She lit a cigarette and blew out two streams of smoke through her nostrils, like a blue-and-silver dragon. ‘Did you see the pearls?’

‘And the dress? Aileen has one just like it. Straight from Paris. Givenchy.’

‘She doesn’t eat,’ Oonagh said. ‘That’s something else they have in common. She has all sorts of new American notions about diet, which he simply adores. Can’t get anyone here to take him seriously, with his funny ideas about food, but she has all the same ideas. I heard them one night talking about how fatal bread is, for hours.’

‘But is she?’ Oonagh wanted to know. ‘Or just . . .’ She gestured, unable to describe what she meant. ‘Chips, do tell. As a fellow countryman, you must have a better understanding than we do?’

‘I don’t know what you mean,’ Chips said, looking from one to the other. ‘She seems rather a little nut of a woman to me; polite and discreet. That mole, though . . .’ He waved his hands in the air for a moment, as though to ward something off. He was horrified by imperfections generally, but particularly of the skin.

‘Emerald is showing her off as though she were the winning cake at a church fête,’ Honor said, watching their progress. ‘She must have noticed the pearls too.’

Mrs Simpson – ‘call me Wallis’ – continued on her path – polite, pleasant, discreetly charming right through lunch, and then, just when Honor was ready to be thoroughly bored by her, the prince arrived, and a different Mrs Simpson emerged.

‘Oh sir!’ she said, before every remark. ‘As though,’ Oonagh whispered, leaning in to envelop Honor in a heavy cloud of scent, ‘she is playing a part in some Vaudeville theatrical.’

And yet, beneath the show of meekness, she ordered him to and fro – ‘Do please fetch me a drink, darling’; ‘Stop fidgeting with your tie’; ‘Put that down, you smoke too much’ – always as though she didn’t care if he obeyed or not. But he did. Every time. And when she wasn’t giving him things to do, he waited, hovering by her, for the next instruction. She was like someone who has tamed a wild animal or a savage dog, some creature that might still turn on everyone else, and cannot stop showing her dominion over it. The man who has the Minotaur on a chain. Except that she was a woman, and the thing she had on a chain was the future King of England. 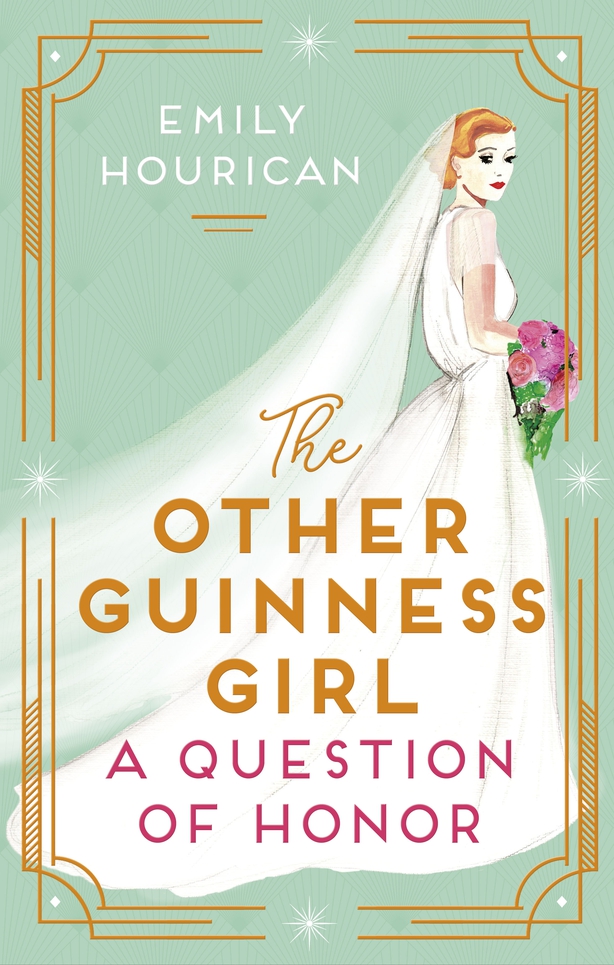 The Other Guinness Girl: A Question of Honor by Emily Hourican is published by Hachette Ireland 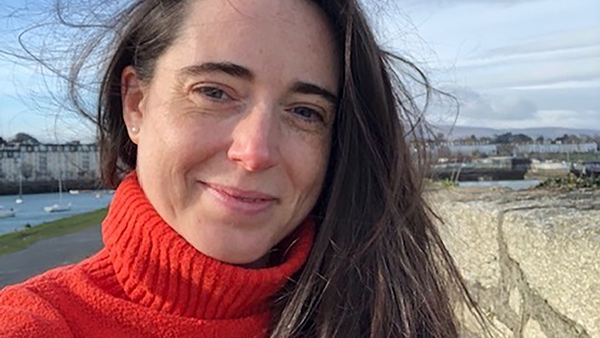 There's Been a Little Incident by Alice Ryan - read an extract