Architects have long taken inspiration from nature, mimicking the forms, rhythms, and patterns of plants, waves, crystals, mountains, and so on. Creating something 'biomorphic’ was a common ambition of twentieth-century architects, especially after the disruption of the two World Wars. This simple church in Donegal, built for a community tied to the landscape, is a fine example. 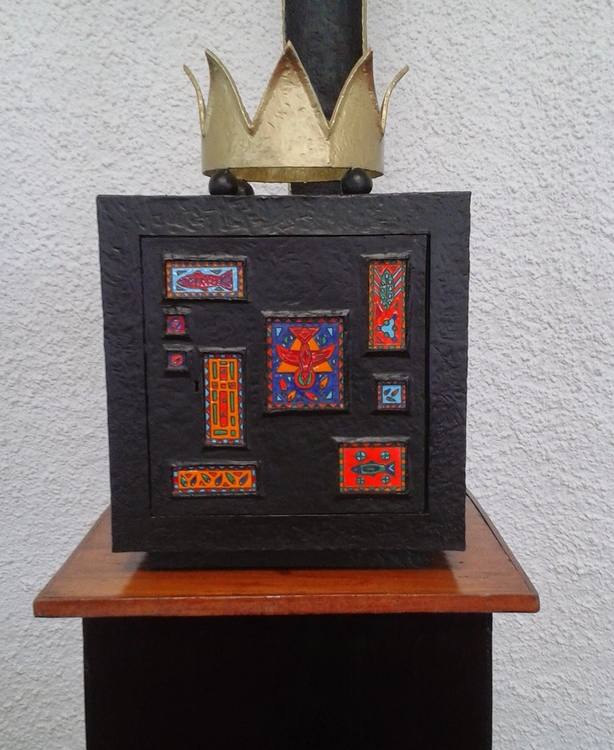 The father of Modernist churches Liam McCormick (1916 – 1996) took his inspiration for this church, St Michael’s, from the great flat-topped Muckish mountain which provides its dramatic backdrop. McCormick’s church replaced a post-Penal church founded in 1784 and rebuilt in 1830. Liam McCormick & Partners designed it, after the dissolution of Corr & McCormick in 1967, with Bob Fearns as architectural technician. The main contractor was John Hegarty and the church opened in 1971. 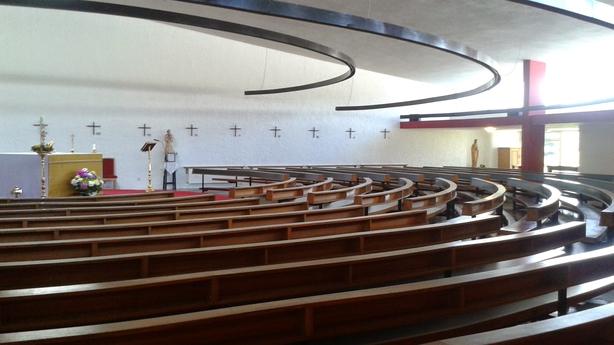 The brief was to accommodate a congregation of 475 parishioners. Here, McCormick exercised his architectural Trinity of scale, location, and economy. He gave this parish a unique building, a white organic mass sitting on the roadside. McCormick embraced the liturgical changes of Vatican II with a fan-shaped plan replacing the traditional cruciform plan. The white-painted rough-cast plaster walls, up to 1.5 metres in thickness, are broken by a series of small irregularly-placed windows inspired by Le Corbusier’s pilgrim chapel Notre Dame du Haut at Ronchamp, France (1950), which McCormick visited in 1962. 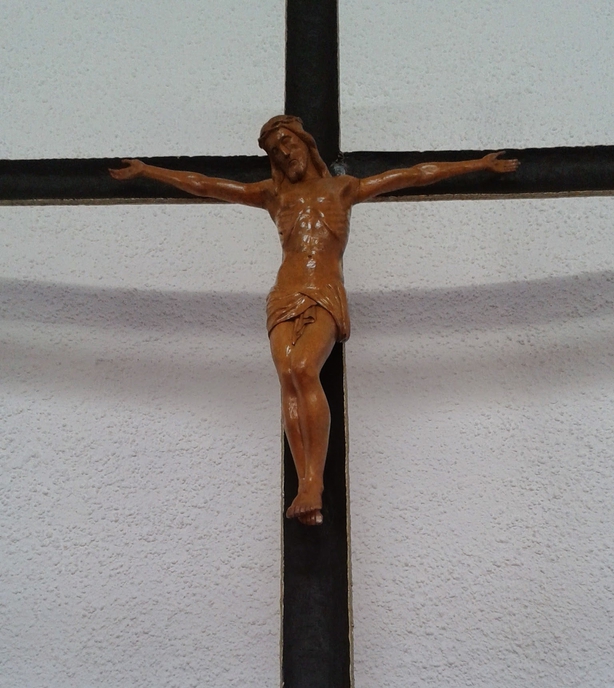 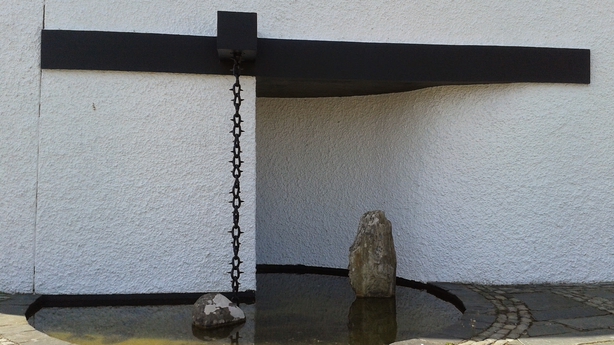 Of the site, McCormick said:

'Creeslough just could not go wrong with such a fantastically dramatic site. Its shape echoes the mountain beyond and it turns a strong battered blank wall to the busy road and to the north-west gales. While the site is a splendid one, the immediate surroundings are less happy so that only a relatively small opening gives a strictly limited view to the south-west over rough pastures to Muckish. For the first time a Chapel of Reservations and the Baptistery are given individual spaces, articulated by differing use of light and in the case of the Baptistery by the symbolic use of water'. (Liam McCormick, 'Building Churches 1947 – 1975: A Personal Recollection', RSUA Yearbook & Directory, 1976) 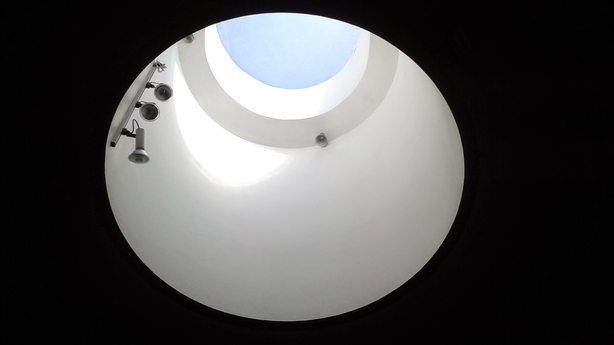 McCormick’s career is marked by his desire for artists to be commissioned as part of the design process. Their artworks should be part of the whole design. The white, rough-cast plaster walls are continued inside, and the floor is polished concrete slabs. This graceful spareness highlights the six, richly coloured, deeply recessed stained-glass windows designed by Helen Moloney (1926 – 2011), which depict images from Biblical stories – a chalice and host, the Lamb of God, a bird carrying a leaf from Noah’s Ark, the loaves and fishes, and two smaller abstract images. 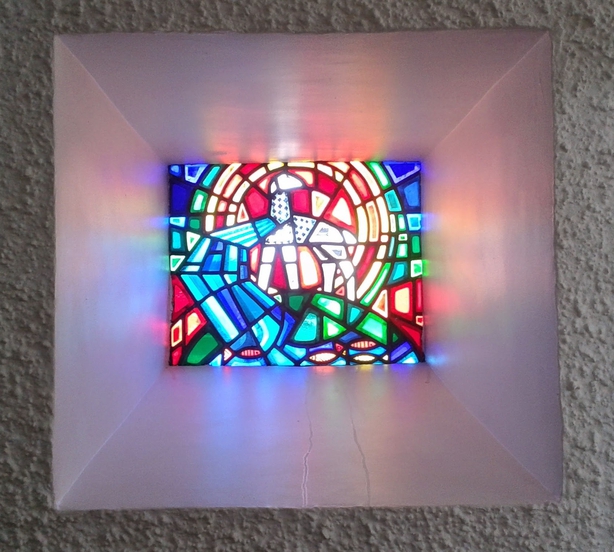 In the baptistery chapel is a metal baptismal font by Behan who also made the metal stations of the cross and the tabernacle with enameled motif panels by Helen Moloney. Originally, the water from the external pool flowed into the baptistery chapel below the window but sadly the original glazing has been crudely replaced. Hopefully, this was the last insensitive renovation. The sanctuary is circular, emphasised by the curving lines of the seating and the light fittings above, with the altar sitting on a circular plinth. The woven altar tapestry was designed by Helen Moloney and executed by Veronica Rowe (b.1930). 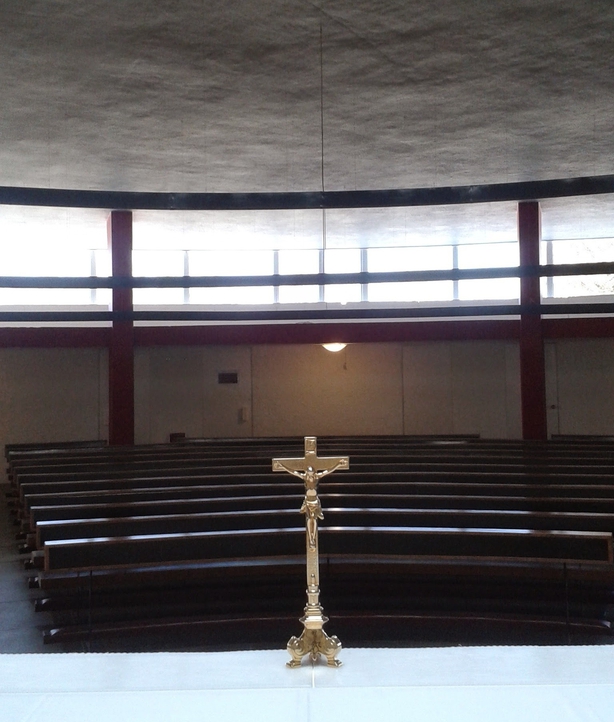 As far as McCormick was concerned: 'Churches are important buildings, and not just religiously. Often a church is the only real architecture people will experience. It is important that they be right and correct.' 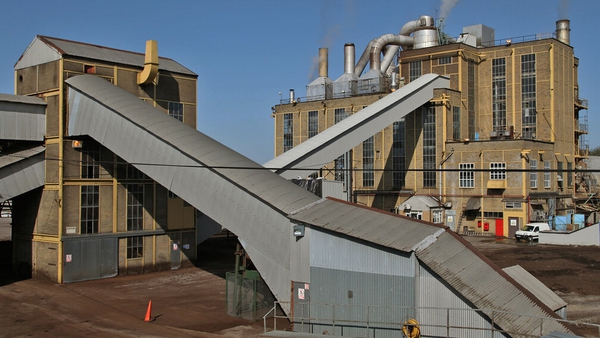 100 Buildings: a briquette factory in Derrinlough