There was once a time when Disney was seen as the sole preserve of kids, or a sanity-saver for frazzled parents looking to plonk their little darlings down in front of 'Frozen' for a couple of hours.

Since Disney joined the fray with its streaming service Disney+, however, a whole new world of entertainment has opened up for grown-ups too, thanks to Star - its adult-oriented entertainment hub.

You may have already seen the big titles like The Mandalorian and Obi Wan Kenobi, but below are five other shows that you really need to check out on Star.

ONLY MURDERS IN THE BUILDING

OMITB took a bit of a risk pairing the inimitable Steve Martin and Martin Short with a young actor like Selena Gomez; the duo, clearly with a history and an abundance of comedic chemistry, alongside a pop star? Gomez manages to hold her own as Mabel Mora here, though, as she joins her neighbours Charles (Martin) and Oliver (Short) in their attempt to solve a mysterious murder in their well-to-do New York apartment building. Taking their cue from the true crime podcast that they're all obsessed with, they document their own investigation in podcast-form. In Season Two, the tables are turned as they find themselves the suspects in another murder, and it has just been renewed for Season Three. Striking the right balance of humour and mystery with an acceptable smidgen of schmaltz, this is an easy watch that appeals to wide-ranging audiences. In other words, your parents will probably love it, too.

It sounds like the premise of a sitcom: two big-shot movie stars buying a random football club in a Welsh town that most people have never heard of? The good thing is that you don't need to be a football fan to enjoy Welcome to Wrexham. The documentary follows Ryan Reynolds and Rob McElhenney (best known for his role as Mac on It’s Always Sunny in Philadelphia) as they became owners of Wrexham A.F.C. in 2021, and their attempts to restore the ailing club’s fortunes. If you’re finished Ted Lasso and are missing something to plug the sport/light entertainment crossover gap in your viewing schedule, this could well be it.

Marvel is undoubtedly a big draw for many TV and movie viewers, but there are others who hear the words and think 'Comic book? Superheroes? Nah.' If you’re one of them, don’t turn away too hastily from Wandavision. The first TV production made by Marvel Studios, it’s set in the MCU (Marvel Cinematic Universe) after the events of Avengers: Endgame, so while its characters may be familiar to some, it’s not a prerequisite to know anything about it. In fact, not knowing their backstory arguably gives Wandavision an added layer of mystery. The sci-fi themed series follows Wanda Maximoff and her android husband Vision, who are living undercover in suburban New Jersey. We follow their story as it shifts and lurches through the decades, setting their story in numerous familiar sitcom simulations - from black & white 1950s to the 2000s - as layer by layer, their past and their true identities are uncovered. It admittedly gets a little bonkers at times, but Wandavision is definitely worth sticking with.

THE WORLD ACCORDING TO JEFF GOLDBLUM

You may know him as the eminently likable Hollywood star with the most distinguishable voice in the business, but The World According to Jeff Goldblum shows another side of the enjoyably eccentric Jurassic Park actor. Most notably, his curiosity about… well, everything. Made by National Geographic (which will give you a steer on what tone to expect), if you’re a fan of shows that delve into the hows and whys of everyday life - like How it Works, Inside the Factory and Food Unwrapped - you’ll enjoy watching Goldblum exploring the history and background of everything from tattoos, to coffee, to dogs, motorbikes and birthdays. The sheer randomness of the show’s two series keeps it consistently interesting, while each episode’s 30-minute duration means that there’s no room for waffle or faffing around.

Is there nothing that Donald Glover can't do? The rapper also known as Childish Gambino stars in this brilliant series, which debuted in 2016, playing wannabe music mogul and Ivy League-dropout Earn Marks. As he navigates life in the southern US city famed for its hip-hop scene - trying to keeping his parents, daughter and ex-girlfriend on side in the meantime - he makes it his goal to break the career of his up-and-coming rapper cousin Alfred, aka Paper Boi. The joy in this series is that it has a bit of a Curb Your Enthusiasm-style approach, meaning that you can jump in and out without losing the thread of what’s happening in each series. Season 4 - which will be the final season - is on the way very soon (September), so it’s the perfect opportunity to binge the first three now. 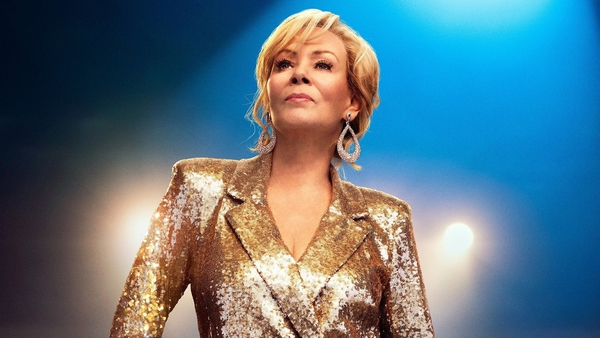 5 shows to watch on Prime Video