Are you economical with the truth? Writer and performer introduces his new show Tom Moran Tom Moran is a Big Fat Filthy Disgusting Liar, which premieres at this year's Dublin Fringe Festival...

Have you ever told a lie that was so convincing that you, the liar, forgot it wasn't real? Had to imagine how shameful it would've been to die purely because you're a liar? Well I have. And I wrote a show about it.

There's something a little embarrassing about making work about yourself, especially when you choose to put your name in the title, and especially when you choose to use that title to admit... that you're a big, fat, filthy, disgusting liar. But I don't think being a liar makes me special. All of us lie. We just pretend that we don't. And while this show doesn't necessarily endorse telling lies, it doesn't demonise lying either. I think that's why lying feels so exciting. As a topic, it's taboo. We don't talk about it, really. And even when we do, we demonise it often. But rarely is lying black and white.

If we're late to meet a friend, we make a lie about the bus, when really, we just didn't leave our house in enough time. If we don't want to go to a party, for instance, we'll make up that we've got other plans. But really, what is that but self-preservation? It's bending a narrative to preserve our self-image. Telling a lying is much easier than saying, "I'm late because I don't respect your time". And when you look at it like that, is lying really so awful? What if lying isn't bad? What if lying can be good? What if lying is actually the most human thing of all? What if lying is a trade-off for love?

Over lockdown, like lots of us, I had a lot of downtime. And from that, that stillness, these memories emerged, memories of things I'd totally forgotten. Or as my therapist would say, repressed. And one of the memories that arose in that time was of this crazy lie I told as a child, a lie so crazy I forgot I ever told it, this amnesiac form of self-protection.

So, in my new show, Tom Moran is a Big Fat Filthy Disgusting Liar (and sadly for my Mam, yes, that really is its name) it's about my relationship with lying as a child and how it's evolved as an adult. Essentially, I wanted to investigate that lie. Work out why I told it? Why I followed it through? And why to this day, almost twenty years later, I've never told anyone about?

But in doing so, in delving into my past, I realised something disturbing about my present: I still always lie. And even when I don't, I want to lie all of the time.

And just to be clear, I'm almost thirty years old. I'm a proper adult now. Like, I own a wok! So why does my instinct so often seem to be to hide, to cover up the truth?

This show is about lots of things, really. Lying. Trauma. Forgiveness. Truth. It also explores my relationship with body image. That, while also being funny. But really, it's a show that banishes shame, that celebrates healing, that lives in the grey, that relishes the joy, the messy details of what it means to be a flawed human being.

Tom Moran is a Big Fat Filthy Disgusting Liar is at The New Theatre from the 19th of September, as part of this year's Dublin Fringe Festival - find out more here. 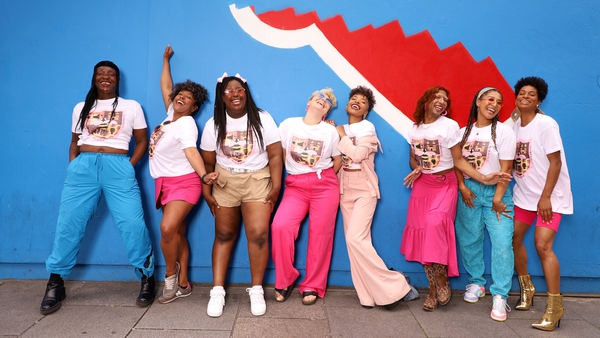