This week, we consider a humble workshop by the sea that teaches us that good quality design does not require expensive materials. More than a workshop, the building explores an architecture of modest scale and means, compact but spatially rich and rewarding with its poetic, sculptural presence. To think that such a dreamy conglomeration of shapes and spaces was designed on a single train journey between Galway and Dublin.

The New Docks Workshop sits within the industrial area of the Port of Galway. After deepening and development of the commercial dock in the 1960s, the chairman of the Harbour committee wanted new offices and a workshop for the dock and approached the practice of Joe Curley & Noel Dowley in 1976. The building was completed the following year. 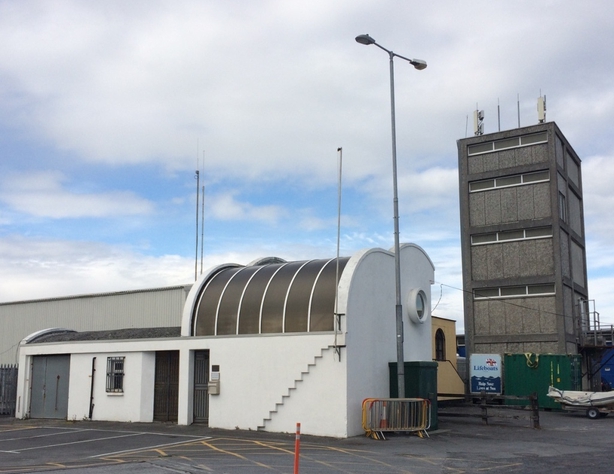 Noel Dowley graduated from UCD School of Architecture in 1961 and in 1963 won a Fulbright Scholarship to study under Louis I. Kahn (1901 – 1974) at the School of Design, University of Pennsylvania. The famous Estonian-born American architect received prestigious commissions such as the Yale University Art Gallery (1953), the Salk Institute, San Diego, California (1965) and The Kimbell Art Museum in Fort Worth, Texas (1972). 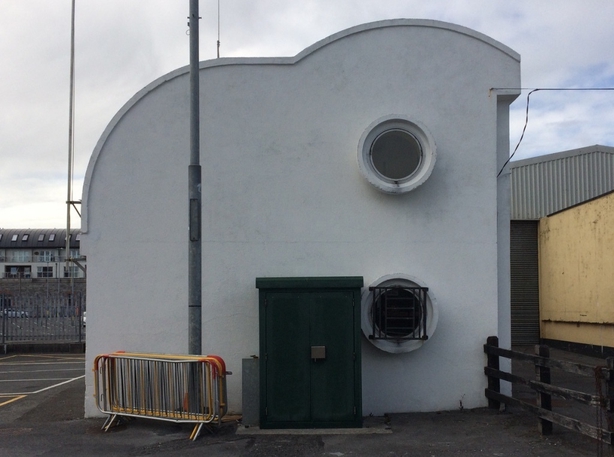 Although Kahn was known for heavy, monumental complexes, we find his influence in Dowley's not concealing the appearance or in the assemblage of his materials. Dowley built 'modestly and simply’, but also adopted Kahn’s ethos of community life and the social responsibility of architecture. Dowley was one of the earliest followers of Kahn in Ireland, followed more recently by such as Shane de Blacam and Grafton Architects.

Dowley's buildings, in his view, reflected 'Irish attitudes to life, climate, landscape, light, scale and the indigenous means available with which to build in this country’.

The design of the New Docks Workshop evolved from Dowley’s exploration of materials rather than a preconceived style. The budget only allowed for a prefab, but with the unconventional use of standard low-cost materials, Dowley gave the port a much more considered and imaginative architecture. The Workshop is single-storey, offering a space to repair boats, a waiting area, and the dockers’ pay office. Across a narrow hall is a double-height reception area, with an office behind and a boardroom above. 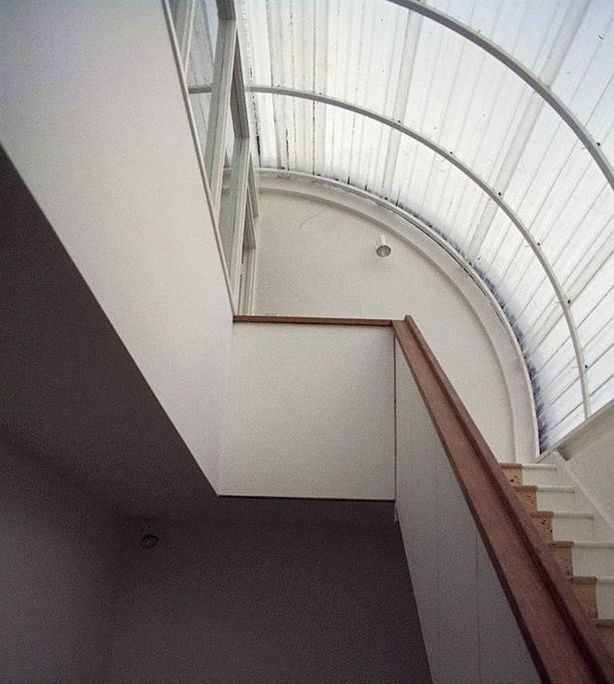 Details include the precast concrete sewer-pipe porthole windows on each level and the accidental line of stairs climbing the external wall. Regarding the latter, Dowley recalled in a conversation with architect Shane O'Toole: ‘It was originally a pencil line, erased on the tracing paper negative, but it still showed up as a shadow line on a print among the set of contract drawings, so they built it too!’. The building is finished by a delightfully curved, corrugated fibre-cement roof (designed to be used for mushroom sheds) with a double-curved gable profile. 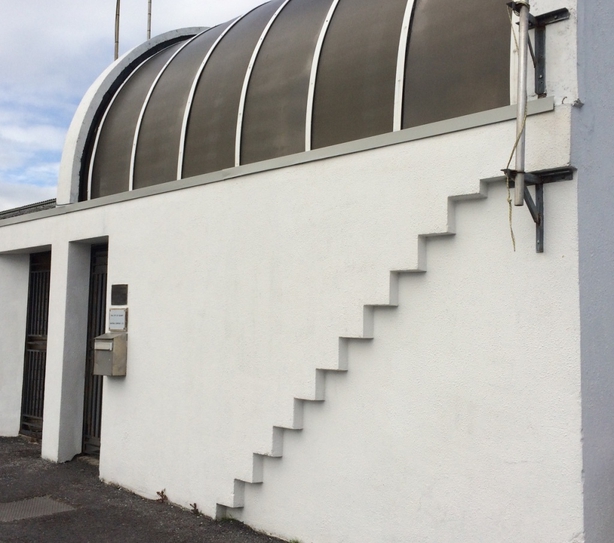 At this time, Dowley was also commissioned by the Department of Posts & Telegraphs to design the Roslevan Telephone Exchange in Athlone (1976-80) and an extension to the existing telephone exchange behind the General Post Office in Eglinton Street, Galway City. Dowley also designed private homes in the mid to late 1960s in Dublin, Cork and Meath. Later projects include the Ballybrack Cooperative Housing Scheme, the since demolished St Mary of the Rosary Church, Cong, Co. Mayo (1971-73), Dublin airport Exit Control Building 1991 (An AAI award winner in 1992), and the school at Ashbourne, Co. Meath (1995). 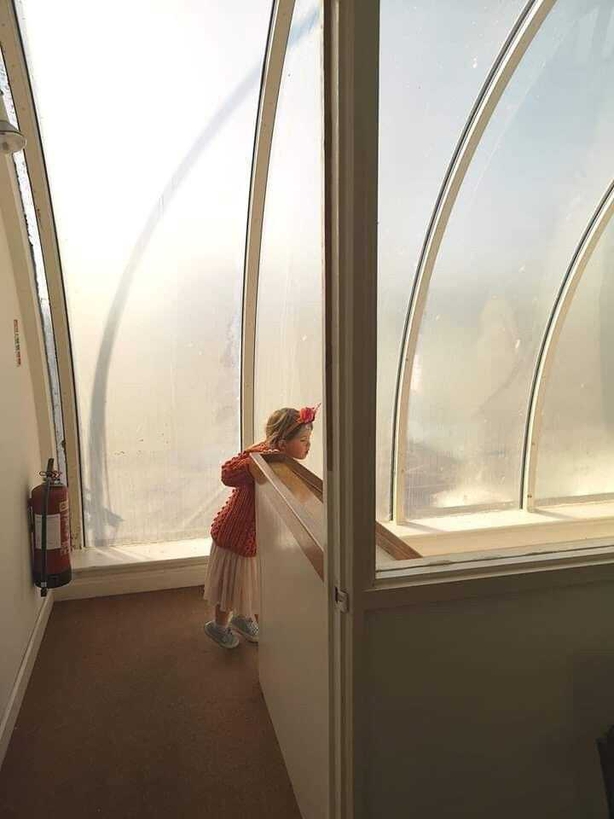 Dowley’s buildings, in his view, reflected ‘Irish attitudes to life, climate, landscape, light, scale and the indigenous means available with which to build in this country’. To think this Workshop would not be so unique if the same optimism, ingenuity with materials and thoughtfulness was applied to our more modest structures built today, such as bus shelters, pedestrian overpasses and public seating areas.

Thanks to Frank Monahan, Director of Architecture at the Edge and Michael Joyce of Galway Shipping Company for the images. 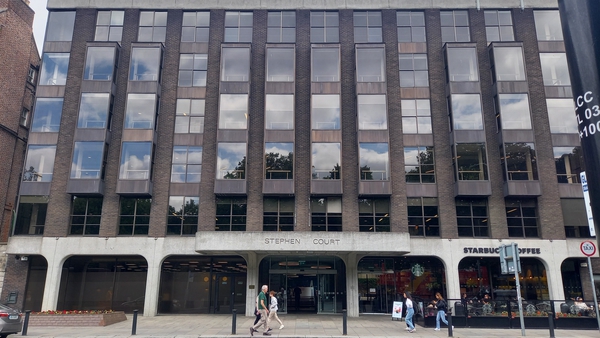 100 Buildings: Why Stephen Court should be saved