We're delighted to present an extract from While She Sleeps, the new thriller by acclaimed Irish crime writer Arlene Hunt, author of Vicious Circle, Last To Die and No Escape.

When Jody Kavanagh is discovered close to death in her home, it's hard to believe someone could have wanted to hurt her. Young, talented, loved by those around her – she appears to have it all. As she lies in a coma, Detective Inspector Elliot Ryan and Sergeant Nola Kane begin to piece together a picture of her life – but the image revealed is very far from perfect. Is her ex-husband really who he seems to be? Why are her mother and sister estranged? Why is her house full of cameras? Who was Jody afraid of – and was she right?

Nobody was home in the house to the left, so Nola trudged past the smirking uniform to the last house of the row. She couldn't find a bell, but when she knocked a bare-chested young male wearing black tracksuit bottoms and nothing else opened it and stood there chewing an apple. Nola kept her gaze high. If the pants had been any lower his Adonis Belt would have been a garter.

He was young, early twenties. Coal-black hair, one pierced eyebrow, one pierced nostril, both arms tattooed from shoulder to wrist and so good-looking he wouldn’t need a personality for decades.

Nola showed him her identification. He barely glanced at it.

'I’m sorry to disturb you,’ she began, then paused. ‘Do you want to put something on? I can wait if you –’

‘Nah, I’m good.’ ‘Is this your house?’ ‘I live here.’ He thought about it for a moment while scratching his chest with his free hand. ‘With my mom.’ ‘Is she here?’ Nola asked hopefully. ‘Nah, she’s at work.’ ‘I was hoping to ask you few questions about your neighbour.’

‘Yeah?’ He took a bite of the fruit and chewed it. ‘Are you really a cop? You don’t look like one.’

‘I showed my identification.’

‘What’s your name?’ ‘Bane Russell.’ Nola narrowed her eyes. ‘Bane?’ ‘Yeah.’ ‘Is that your real name?’ ‘It’s my chosen name – that makes it real, yeah?’ Nola wrote it down. ‘What do you do, Bane?’ ‘I’m a life coach, content generator and personal trainer.’

‘Content generator? What’s that, like an influencer?’ ‘Ugh.’ He rolled his eyes. ‘Please don’t use that term. It’s so démodé.’ ‘Dey-mod-ey?’

‘You know, last year.’ Nola asked him to spell the word, guessing, correctly as it turned out, that presenting as intelligent was by no means the same as being intelligent. Nola took a stab at it.

‘Have you been here all morning, Bane?’

‘Yeah.’ ‘Did you notice anything out of the ordinary?’

‘What about last night?’

‘Can you narrow that down for me?’ ‘Not really.’ ‘Excuse me?’ He held up both wrists to show they were empty. ‘Time is a prison.’ Nola stared at him for so long he lost some of his composure. ‘No cap.’ He tapped the side of his head. ‘Once you free yourself, you’ll see the truth. See, that’s how society controls you. Through time. If you accept time, you’ll accept anything.’

‘Did you hear anything or notice anything usual while you were dodging time? Did you see anyone coming to the house? Hear anything unusual – a row or an argument?’

‘Do you have a number for her?’ He recited one and tossed the apple core into the flowerbed.

‘And do you have a number?’ He gave it, albeit reluctantly. Maybe phone numbers were as démodé as time. ‘How well do you know your neighbour?’ He leaned on the door with such carefully affected nonchalance it caught Nola’s attention. When people worked that hard at being casual something else was usually at play.

‘What’s she like?’ Nola asked, making a note that he and his neighbour were on a first-name basis.

He shrugged. ‘She’s okay. Her husband’s a prick.’ ‘Oh?’ ‘Stuck-up, thinks he’s better then everyone. Jody was well rid.’

‘They’d split up, I believe?’ ‘Yeah, a while back.’ ‘Do you know when they broke up?’ ‘Nah, Mom would know. Anyway, Jody’s been seeing this other guy.’ He frowned. ‘Some Billy Big Bollocks in skinnies.’

Nola wrote ‘Billy Big Bollocks’ in inverted commas. Then added ‘skinnies’. ‘What can you tell me about him? Do you have a name?’ ‘I don’t know his name, but he drives a Tesla.’ ‘Have you seen this guy around a lot?’ ‘Yeah, a bit.’ ‘Can you describe him?’ ‘I don’t know, tallish.’ ‘Age?’ ‘Definitely.’ ‘I mean what age is he?’ ‘I don’t know, older.’ Bloody hell, Nola thought, it was like pulling teeth. ‘Can you describe him for me, hair colour, any distinguishing features? Would you be able to recognise him if you saw him again?’

Nola nodded and thought for a moment. ‘It’s interesting,’ she said.

‘You haven’t asked me why I’m here or what happened to Jody.’

‘Not my business.’ ‘Even though you’re friends?’ ‘Never said we were friends, said I know her, you know?’

‘Have you ever been in the house?’ The question, innocently put, rattled him. ‘Why?’ ‘Well, you are neighbours, so you might have been in for a coffee or something.’ ‘I mean, I helped her ... you know, set up her sound system.’

‘Is geography hard too?’

‘No, look, I helped her out, you know – that’s what I’m saying. Being a good Samaritan.’

‘Right, well, thanks for the chat, Bane. I’ll be sure to be in touch.’

‘Yeah.’ He closed the door. Nola made a few notes, put a question mark after Bane’s name and wrote ‘possible suspect’, and after that she wrote ‘idiot’. 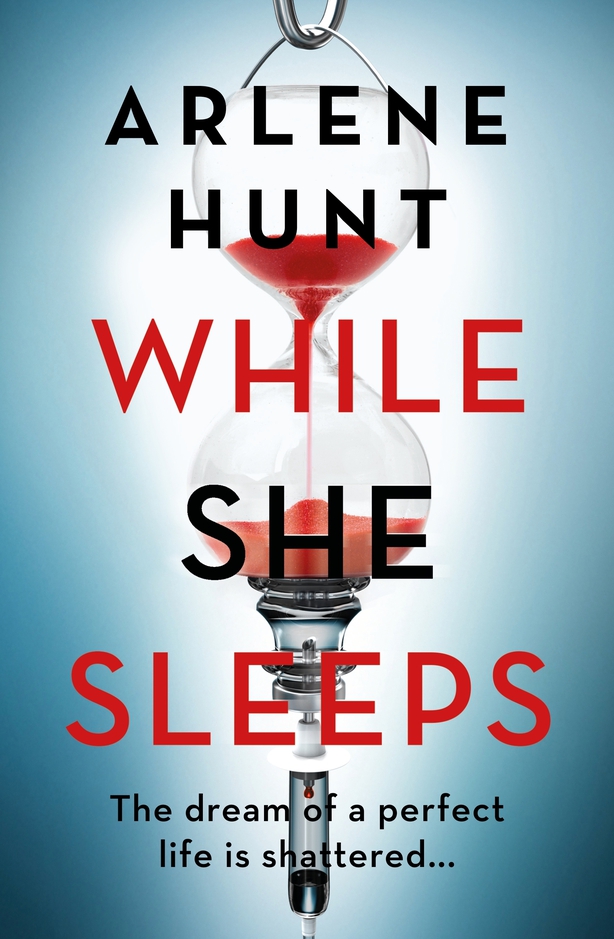 While She Sleeps by Arlene Hunt is published by Hachette Ireland 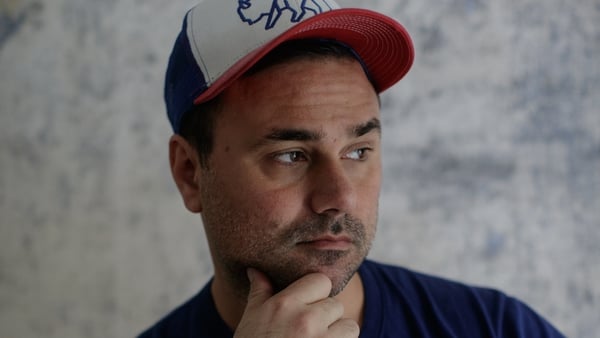