Founder and director Shauna Watson introduces this year's edition of the We've Only Just Begun Festival, which runs at Whelan's, Dublin, from August 5th - 7th.

We've Only Just Begun Festival had only been running two years before Covid. 2 years on, 2 years off! We’re just like Glasto, really...

In 2020, instead of booking what would have been the third edition of the festival, we used the time to develop the We’ve Only Just Begun Directory, which is a database of just under 1,000 women and gender minority bands, solo artists, musicians and industry professionals in Ireland.

Two years on, it’s still being referenced by bookers and promoters working to diversify their line-ups as well as artists looking to collaborate with like minded musicians or industry folk.

In 2018, the We’ve Only Just Begun Festival came about because I was so tired of hearing "We want to book more women but we just can’t find them". I wanted the festival to highlight the undeniably talented women and gender minority musicians and bands in Ireland, making it inexcusable for festival bookers and promoters to continue to have imbalanced line-ups.

It was important that the festival wasn’t branded as a "Women’s Festival". Nowhere in our name, marketing materials or press releases will you see any mention of our acts being women-fronted (okay, yes I am mentioning it here, but that doesn’t count). Instead, we wanted to put together a class line-up so people would attend the festival because of the strength of the line-up as a priority, rather than the gender of the musicians.

In 2019 on the closing night of the festival, a couple of punters came up to me to say they had only just realised that the artists they had seen all weekend were women/gender minority. They had just bought the ticket and attended each night because they loved the line-up and the music. I think because of that ethos it creates a really special and inclusive atmosphere during the festival.

2022 is absolutely bulging with live music again. I really thought I would struggle to book a line-up this year because everyone is playing a million other festivals or doing their own tours that have suffered 2 years of postponement. I was wrong! There’ll be 24 acts playing across 2 stages over the entire weekend in the iconic Whelan’s, and I’m so stoked about the line-up.

We have a slew of exciting new artists with a great buzz about them like Anie Valentine, Chubby Cat and Still Blue as well as artists that are already making waves across the Irish music industry like Bobbi Arlo, Winnie Ama, Lucy Gaffney, Tomike and M(h)aol. And to top it off we have our incredible headliners Sprints, Elaine Mai, Aimee and Rosie Carney who have played their own shows headlining the likes of The Academy and National Concert Hall. See you down the front!

The We’ve Only Just Begun Festival is at Whelan's, Dublin, from August 5th - 7th - find out more here. 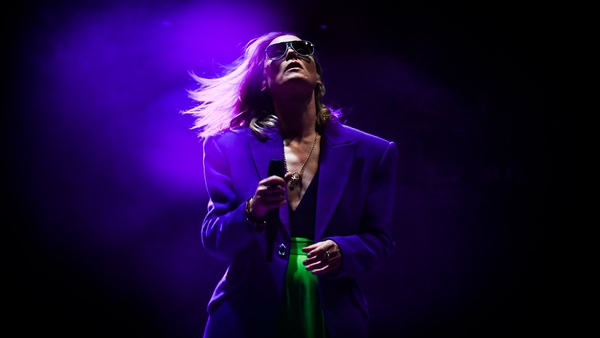 In The Picture: Body & Soul kicks off festival season in style