"The story of the Irish revolution cannot be told without Eoin MacNeill."

That is a very big claim to make, and it is a sign of confidence that editors Conor Mulvagh and Emer Purcell make it in the first line of their introduction to their new collection of essays, Eoin MacNeill: The Pen and the Sword.

But the contributions they have gathered back up their claim in style. This is a fascinating book with many facets, as befits the man it portrays.

Eoin MacNeill had an astounding range of activities (which explains the need for a volume like this – experts in many disciplines are required to do him justice).

He was a trail-blazing historian, a language revivalist, a journalist, a cultural theorist, a wily academic in-fighter, a revolutionary, a soldier, a politician; he founded or helped to found the Gaelic League and the Irish Volunteers, as well as the Irish Manuscripts Commission. And of course, he will be forever associated with two highly controversial episodes: his order countermanding preparations for the Easter Rising, and his ill-fated membership of the Boundary Commission.

We'll come back to those two issues in a moment, but let’s stay for a moment with Mulvagh and Purcell’s point about MacNeill’s centrality to the revolutionary era.

They say it was precisely this breadth of interests that made him an important figure: "Eoin MacNeill played a central role in shaping the cultural, political, military and even geographical development of the island of Ireland in the early twentieth century."

Listen, via RTÉ Radio 1: The History Show on the Legacy of Eoin MacNeill

That shaping began with MacNeill’s ground-breaking work on the history of Gaelic Ireland. Elva Johnston credits MacNeill with being "the founder of early Irish history as a discipline reliant on fact-based approaches and grounded in the best scientific methods. MacNeill, by the standards of his day, was cutting edge…"

His success was based, as Kevin Murray points out, on his ability to read Irish documents from all periods, which "ensured that he stood apart in the field of medieval Irish history".

But it wasn’t just history for history’s sake. There was a clear political point to his work. In particular, he rebutted the claims of unionist historians like G.H. Orpen that Gaelic Ireland was essentially an uncivilised place, a primitive tribal society. MacNeill disputed this view, and backed it up with sophisticated analysis of Gaelic society and laws. As Johnston puts it, he had "the clear political aim of proving that the Irish in the past, and by analogy in the present and the future, were a people capable of self-government…" 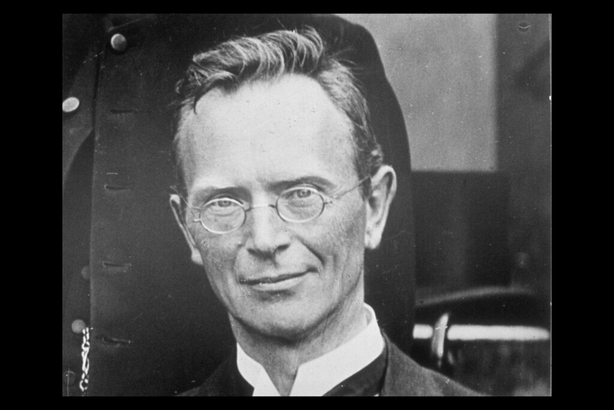 His other contribution to the intellectual framework of the struggle for independence was his role in the revival of the language, and particularly in the establishment of the Gaelic League, which led, as Liam Mac Mathúna argues, to "the Irish cultural awakening".

MacNeill also inspired the foundation of the Irish Volunteers, and led that organisation up to the time of the Rising. While he may have been used by the IRB as a convenient front, it is difficult to imagine the Volunteers being launched as successfully without his participation.

But for some, his leadership of the Volunteers will forever be tarnished by the countermand order on Easter Saturday, 1916.

This controversial episode is dealt with very ably by Michael Laffan, who quotes MacNeill’s repeated statements prior to Easter Week that an insurrection would only be justified if it had a chance of success, and if the British planned aggressive action against the Volunteers.

The "Military Council" which planned the Rising (behind MacNeill’s back) convinced him days before it was due to take place that both conditions had been met. The forged "Castle Document" purported to show that the British were planning to suppress the Volunteers; and news that a German arms shipment was about to arrive suggested that an insurrection might have a fair chance of success.

MacNeill was convinced to back the Rising; but within hours, his conviction collapsed, first with proof that the "Castle Document" was a fake, then with the news that the arms ship the Aud had been captured and its vital cargo lost.

As Laffan explains: "The circumstances that had persuaded him to change his mind on Friday morning were overtaken by more recent events and revelations, and now, about thirty hours later, he reversed his stance once again."

The Countermand Order meant the Rising was delayed by a day, saw far fewer Volunteers turn out, and was confined almost entirely to Dublin. Whether a nationwide insurrection would have had any more success, in the absence of the lost arms shipment, is open to question.

But there is no doubt that MacNeill’s action damned him in the eyes of many republicans – Tom Clarke, in his condemned cell, told his wife Kathleen that MacNeill "must never again be allowed back into the National life of the country", and she did her level best to implement this admonition.

And yet, at the Sinn Féin Ard Fheis in October 1917, MacNeill topped the poll in elections to the party’s Executive. Even more significantly, the reformed Volunteers adopted a manifesto ruling out further military action until there was "reasonable hope of success" – the strategy of MacNeill rather than of Pearse, Clarke and Mac Diarmada. This was, as Diarmaid Ferriter points out, "a sort of backhanded compliment to MacNeill".

The other great controversy to dominate MacNeill’s political career – and in fact to end that career – was his role on the Boundary Commission, established under the terms of the Treaty to delineate the border between the Free State and Northern Ireland.

It is only fair to say that MacNeill was dealt a poor hand. The Commission had been delayed because of the Civil War and obstruction from the Northern Ireland government, allowing the existing border to solidify. The British representative (Chairman Richard Feetham) had the casting vote between MacNeill and Northern Ireland’s J.R. Fisher, and he was highly unlikely to award territory to the south if he could help it.

Finally, and most importantly, the terms of the Commission’s instructions were unclear: it was to decide the border in line with the wishes of the inhabitants, but crucially this was subject to a proviso: "so far as may be compatible with economic and geographic conditions". This could be taken – and was so taken by Feetham - to rule out major transfers of territory.

So, a poor hand, but one that MacNeill played exceptionally badly. In one of the most interesting contributions to this book, former British diplomat Ted Hallett dissects MacNeill’s actions and mistakes.

When Feetham unveiled his interpretation of the Commission’s role, which precluded the sort of transfers of territory the Free State was expecting, MacNeill failed to challenge him. Nor did he object to the final proposal, nor did he insist on submitting a minority report.

It may be, as Hallett suggests, that he felt an objection would be pointless, as he would be outvoted by the other two Commissioners. But it left him very badly placed when the recommendation was leaked to the Morning Post. MacNeill then, as Hallett demonstrates, compounded his mistakes by misleading his government colleagues, implying that he was surprised by the final recommendation when he had already acquiesced to it.

Belatedly, MacNeill resigned from the Commission and from Government, and the Boundary Commission report was buried by agreement of the three governments, dashing the high hopes of the Treaty signatories.

Given the terms of the Treaty, and the fact that the British representative had the casting vote, there was probably very little any Free State Commissioner could have done to secure a different outcome. But MacNeill certainly should have insisted on putting his objections to the recommendation on record. Part of the problem was that he viewed his role not as a negotiator, but as "one of a tribunal of three to take evidence and arrive at a judicial decision, and not to negotiate about anything." As the only one of the three who wasn’t a lawyer, he was on the back foot from the start.

The Boundary Commission debacle brought MacNeill’s political career to a rather ignominious end. During his time on the public stage, he had been, as Mulvagh and Purcell say, "frequently at the centre of matters but not always, it seems, in the driving seat". Thanks to the opposition to him from many republicans, he was, according to Diarmaid Ferriter, "an insider on the outside", not quite in the first rank of the movement.

But through his important work on the history of early Ireland, through his key role in the revival of Irish, through his vital contributions to the foundation of the Gaelic League and the Irish Volunteers, he made a major contribution to the Irish revolution – and the story of that revolution, as the editors claim, "cannot be told without Eoin MacNeill." 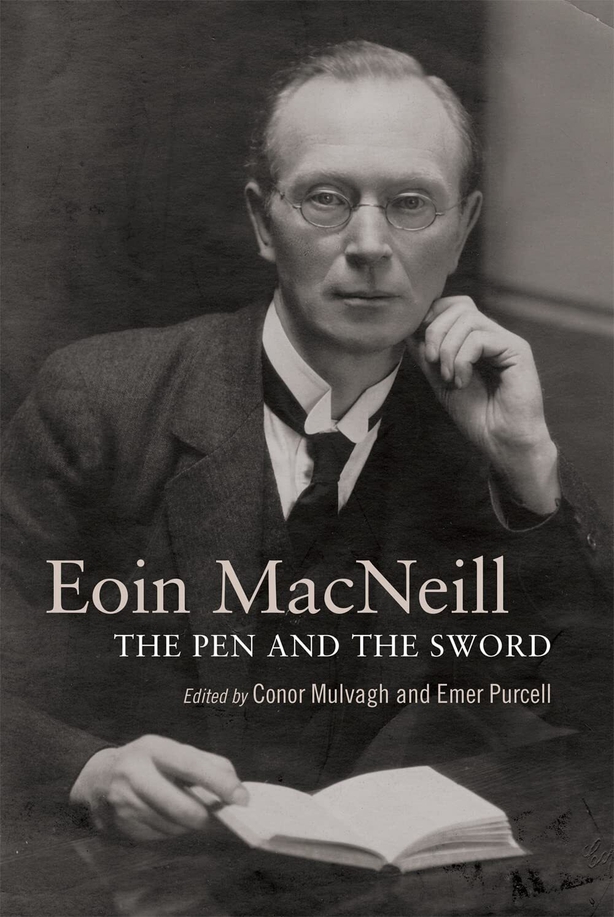 Eoin MacNeill: The Pen and the Sword is published by Cork University Press 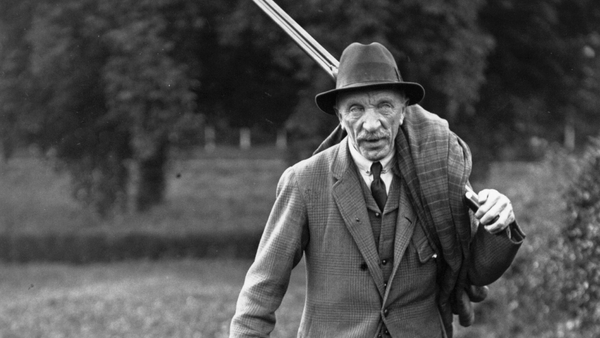