Winner of the Prix Goncourt du Premier Roman, the prestigious French literary prize for first time novelists, the first book in Maylis Besserie's Irish trilogy shows us Samuel Beckett at the end of his life in 1989, living in Le Tiers-Temps retirement home. It is as if Beckett has come to live in one of his own stage productions, peopled with strange, unhinged individuals, waiting for the end of days...

This morning an unidentified individual entered my room. An acolyte of the type that usually teaches me to stand upright on my own two feet. Apparently, it had all been arranged. Well. He had barely set foot in my den when he started laying down the law: 'Mr Beckett, we're going to test your balance.’ He added, in order to reassure me: ‘Don’t worry, it’s easy, all you have to do is follow my instructions.’

First hurdle. Since childhood, when anyone employs a certain tone of voice to ask me to do something, I think that I am instantly obeying orders, whereas in actual fact quite the opposite happens. It may even happen that, entirely accidently, I start to do the opposite without even being aware of what’s going on. Now, I know that means people think I am pulling their leg. Most of the time, it couldn’t be farther from the truth. I try to do my best. But my limbs won’t obey me. They undermine my good faith. They plunge me into contradictory currents and leave me adrift in an ocean of contradictions. As a child, I often paid the price for such behaviour. My ears are still burning because of it. I often paid the price for it. It’s not my fault. I was a kind of nuisance – a pain in the neck, as I was called at home. I was an awkwardly placed shard. Very awkward. I am the first to admit to it, without being able to do anything about it. So, because I was aware of this congenital defect, I didn’t approach the famous test with the same boundless enthusiasm as my interlocutor – an enthusiasm that I linked on his part to his absolute ignorance of the dangers life holds in store for us, that allow little room for us to be overly enthusiastic. In any case.

The enthusiast was very well built, hairy as a yeti, with chest hair overflowing from his press-buttoned tunic. A booming voice emerged from his larynx, using nuances of language which I was not sure I quite understood. He made a point of taking out a big notebook from which hung a transparent retractable red ballpoint pen, before pronouncing the following enigmatic sentence:

‘Off you go, Mr Beckett, this a test of your balance based on the Berg Balance Scale.’ He felt it necessary to complete the sentence with the following turn of phrase: ‘Let’s get the show on the road, Joe.’

Since he had given me no precise instructions as to the movements he wanted me to perform, and had failed to identify the Joe in question, I decided not to take issue with the overfamiliar form of address that the yeti had employed (was he himself the Joe in question? That was what I had begun to believe), thinking that there was, all things considered, a form of coherence between the body and mind of the creature.

We had scarcely got started with the exercises when the beast went at it again, suggesting a whole range of physical jerks, which I undertook with the good faith of a holy communicant.

‘Mr Beckett, please stand up without using your hands.’

I gave it a go and just about caught myself in time. Tried again. Failed again. No better.

‘Wait a second, I’m ticking the box for Can stand up unaided, aided by his hands. Off we go again. Get the show on the road.’

God save us from another rhyme.

‘Now, try to stay upright for two minutes without leaning on anything. Take your hands away ... There you are. Not bad at all, Mr Beckett! We can do the same thing now with your eyes closed.’

Did the beast think I was some sort of nymphet who had just signed up for his gym class? I dropped my arms in dismay – and of course I should have done nothing of the sort. Nothing of the sort. My arms were to enter into in the danse macabre my torturer had ordered for me.

‘Lift your arms at ninety-degree angle. Spread out your fingers as far forward as possible. Mind your leaning points, Mr Beckett, we don’t want you to fall.’

I am one of those who fall, I thought. Those who collapse, roll under the furniture, slide down the hills. I favour the fall. There we go, an alliteration. I have always favoured the fall. In Foxrock, I used to fall from the tops of the trees, expecting that the outstretched branches of the big pine tree – my final safety net – would catch me in extremis. Before the fall, I could hear the wind high up there and the pine needles trembling. I rocked back and forth with them, faster and faster, like a featherless bird, until I was carried away on my own momentum. I fell and fell farther. I was always revived. Knocked myself out and started again. A thousand ends, from which I emerged unscathed. Unfit for dying. Bad fall. Not yet the end. 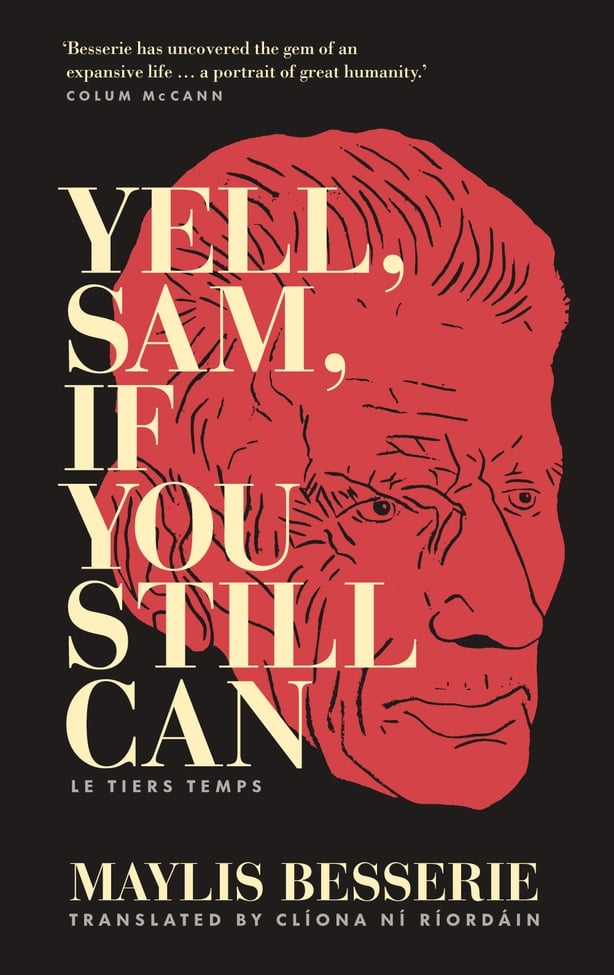 Yell, Sam, If You Still Can is published by Lilliput Press 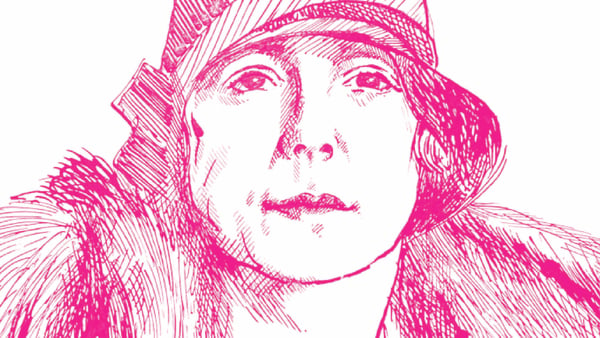