Clonmel Junction Arts Festival will be back live and in person this July, and the festival team couldn't be happier, with a programme that includes theatre, music, literature, film, circus, dance and more.

"We’re delighted to have people back in the room with us" said Festival Artistic Director Cliona Maher. "It’s important as the festival has moved its focus towards becoming a producing festival. There are some really exciting projects coming up this year, with newly commissioned works that are being specially created for Clonmel".

The main hub will be the Junction Festival Dome, located at Kickham Barracks and familiar to regional audiences from Clonmel’s In The Open Faoin Spéir projects, The Hunchback of Notre Dame and Waterford Spraoi’s PRISM.

In this nostalgic, funny and moving show, writer-performer @MichelleHRead has collaborated with composer Brian Keegan to create a portrait of her mother in words, music and pictures. Book now to catch On a House Like a Fire at the Junction Dome 🎭 #ClonmelArts #MyJunction @RTE pic.twitter.com/JMF6PQlhkp

"We’ll have a range of theatre and film in the Dome throughout the festival" explained Cliona. "But we’re also celebrating the start of summer holidays with a fair-like atmosphere in the courtyard space. We’ll have lots of things to do and see – all live, nothing digital!"

The Dome will open with Pucked, a co-production with Source Arts Centre in Thurles that puts you on the sidelines of a life passionately focused on hurling, written and performed by Cathal Ryan. Jack Reardon is an associate artist with the Festival and a fellow Lir Academy graduate with Cathal.

'When Cathal gave me Pucked to read, I got on the phone to Cliona Maher to say that I thought I’d found a really exciting project’ says Jack. ‘I’m interested in bringing theatricality to the one-man show format, and this script, and Cathal as a performer, allows so much scope for that. We’re excited to be the opening show for the Junction Dome, and the 2022 Festival’.

A second production to premiere in the festival is Everything Must GO!, with Asylum Productions creating a theatrical reimagining of the former Market Place supermarket.

"We've been listening to stories from townspeople, relating to the store", says local writer and theatre maker Aideen Wylde. It operated from the mid 90's as Superquinn, then changing to a SuperValu before closing in 2016. With a cast of both professional and citizen performers, Everything Must GO! will be a comic critique of consumerism, and an immersive experience that finds inspiration in the abandoned.

The festival will close with the premiere of iGirl at the Dome, a co-production by Niche Films with Clonmel Junction Arts Festival. It's a film by Trish McAdam, based on an epic poem by Marina Carr where a contemporary woman questions evolution from a female point of view and in parallel her own life, her successes and failures, with a dry humour, a stoic sense of disappointment and curiosity to explore how things might have been different. Her contemplations channel a range of historical characters including Joan of Arc, Antigone and the Neanderthal. With Eileen Walsh and Cathy Belton leading an extraordinary cast, McAdam adds layers of visual intrigue including drawings, paintings and animated art. 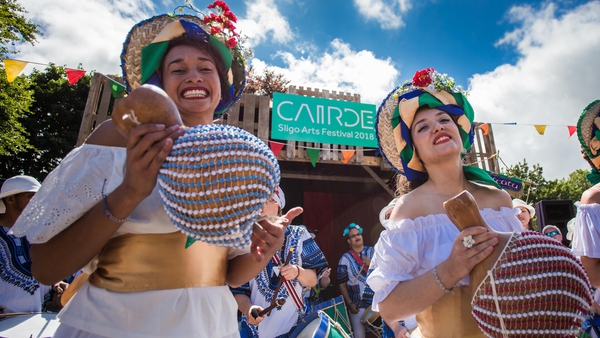