In this week's Lyric Feature on RTÉ lyric fm, poet Seán Lysaght presents Wild Nephin, exploring the landscape, nature and history of north Mayo in poetry and in conversation with friends and colleagues who all have a deep relationship with this remote and beautiful part of Ireland.

Below, Seán Lysaght describes how his relationship with Mayo began...

I first saw Erris and the Nephin Beg Mountains in early April 1994 when my wife and I passed through the area on our way from Sligo to Westport. Our Easter road trip from Dublin to the north-west had been rattled for three days by freezing winds and spectacular hail showers, but there was a clearance on the fourth day as we drove from Bangor to Mulranny, with the snow-covered ridges of the mountains in the distance. Despite the winter asperities of that passing visit, we were stunned by the scale and remoteness of the region as its moorland and mountains glowed in the gentle light of a low sun just about to slip away.

Our retreat from Sligo to north-west Mayo was a kind of cultural shift too, from the heavy accretions of Yeats Country to an area that was very lightly inscribed, if at all, by writerly tradition. If I had caught echoes of Erris, it was only as a region of forbidding emptiness, mentioned by Robert Lloyd Praeger in his book The Way that I Went (1937) as 'almost frightening’ in its loneliness. At the time, I was much preoccupied with Praeger’s writings, including his monumental survey of Clare Island in Clew Bay, so that north-west Mayo for me was less a literary possession than a territory in the keeping of botanists, naturalists and topographers. A secular landscape untamed by the emotional harness of poetry – and no less interesting for that.

A few months later, a teaching job came up at the newly established Castlebar Campus of the Galway Regional Technical College, and by late September Jessica, my son Seamus and I had moved to Mayo on a western adventure. Given the demands of the move and a career teaching a newly minted discipline called Heritage, it was a few years before I started to explore north Mayo properly.

One of my earliest forays came the following summer, when my friend Michael Kingdon and I climbed Corslieve at the northern end of the Nephin Beg Range. We walked in from the west, through the valley of the Tarsaghaunmore River, and climbed the flank of the mountain onto the long ridge that rises from Maumykelly to the summit at 721 metres. My notes from that excursion make no mention of the great cairn at the summit associated with the giant Dáithí Bán. Instead, we were fascinated to see salmon moving in a remote pool; I counted common sandpiper territories along the stony margins of the river and kept a record of grouse on the heathery slopes, and wheatears on rocky terrain near the summit. Our energy and enthusiasm took us all the way down to Lough Nambracceagh on the far side of the mountain, where we fished for dark little mountain trout. We then tramped back through the pass at Maumykelly (Kelly’s Pass) and returned across the open valley at the top of the catchment.

The adventure of that day set the tone for many later excursions, with binoculars, rucksack and, sometimes, a fishing rod. What began for me as a journey into an empty wilderness has deepened over the years, so that these bogs and mountains are now alive in my memory with people and their stories, past and present. Along the way, it’s been a privilege to meet remarkable people who live and work in the Wild Nephin area.

In this programme, I’ll return to Wild Nephin, to talk to them about migrating salmon, giants in the night sky, mountain hideouts during the Troubled Times, and ancient peoples honouring their dead. 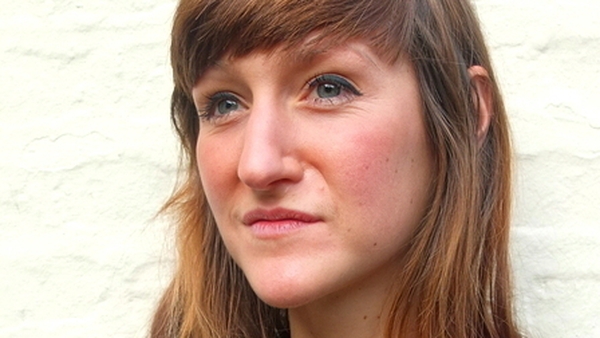