There's definitely a summer in it, and we've selected a spattering of choice festival delights for the months ahead. It's been a long couple of years - time to get out there and enjoy yourselves...

This new boutique event (attendance is being capped at a relatively modest 5,000) promises three days of music, art and food in the grounds of Glendalough House in Annamoe, Co. Wicklow, with a bill headlined by dance music titans Bonobo, Four Tet and Orbital, and an electric bill that includes the likes of James Vincent McMorrow, Lisa Hannigan, The Mary Wallopers, Soda Blonde, John Francis Flynn and - celebrating the 30th anniversary of their Connected album - Stereo M.C.s, as well as a busy arts and culture programme that features Emmet Kirwan in a one-off revival of Dublin Old School and Herself star Clare Dunne in her one-woman show Sure Look It, Fuck It, plus Beyond The Plate, a celebration of all things food and drink, conversations, comedy, cabaret and much, much more. 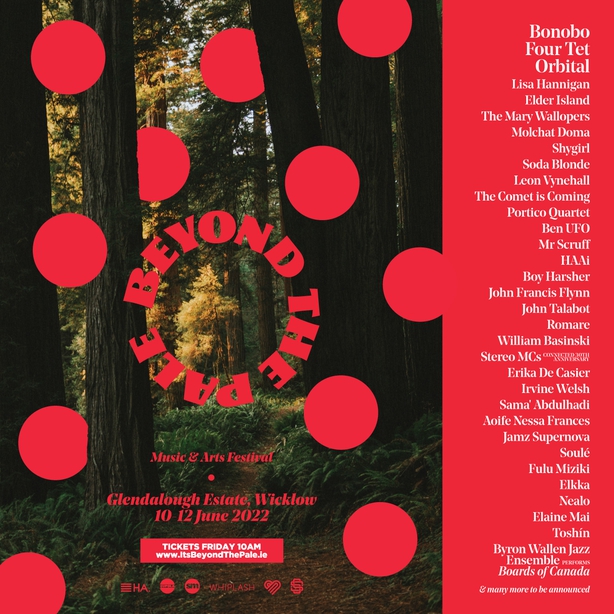 After a two year hiatus, the much-loved festival of music and arts is returns to Ballinlough for the Solstice weekend with a reimagined event, offering - in founder Avril Staney's words - 'a new Body & Soul for the future'. With a reduced capacity and more intimate vibe, it's all about putting the experience ahead of big names - that said, the bill is toplined by a pair of proper star turns, namely Jon Hopkins and Róisín Murphy, alongside an eclectic line-up that includes Mogwai, Sampa The Great, Pillow Queens, CMAT, Remi Wolf, Yves Tumor, Just Mustard, Godford, John Francis Flynn. Byron Yeates, Soda Blonde, Optimo, Bishi, Blindboy Boatclub, Felispeaks, King Kong Company and David O'Doherty, plus the ever-popular Mother crew leading the DJ charge, cabaret turns, spoken word and a woodland art gallery that includes works from from Aoife Dunne and Maser. Watch out for the RTÉ 2FM Rising stage, featuring hot tickets Efé, Smoothboi Ezra, Sprints and Sophie Doyle Ryder. 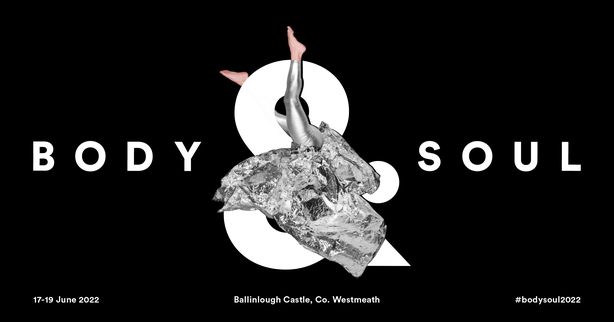 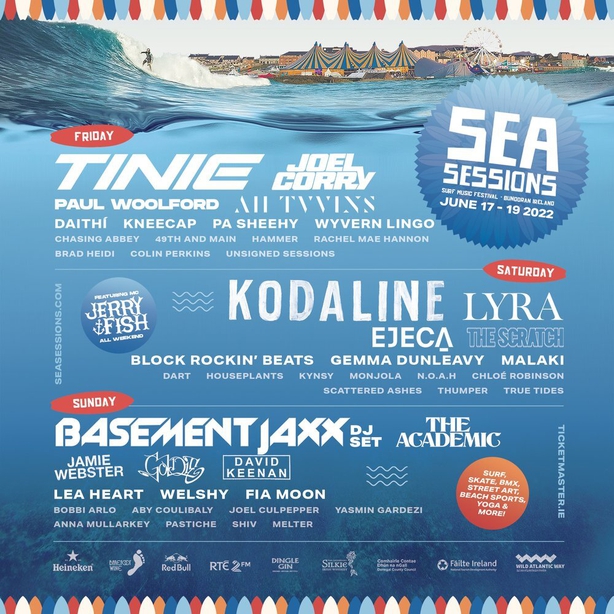 Perfectly timed for the start of the school holidays, this family festival returns to Co. Wicklow with art installations, activities-a-plenty and a host of live performances from headliners The Divine Comedy, James Morrison, Feeder and Dec Pierce's Block Rockin Beats, alongside Irish festival faves Jerry Fish, Camille O'Sullivan, Ryan McMullen, Lyra, HamsandwicH and the Frank & Walters. But that's only the beginning - there's a food bunch of different areas to keep the kids entertained, from the Scrumdiddlyumptious festival of food and the Ickle Big Top to the world's biggest bouncy castle.

When and where? National Museum of Ireland, Collins Barracks, June 25th and 26th 2022

After three years without a Pride party, Dublin clubbing stalwarts Mother (fresh from a big weekend at Body & Soul - see above) return to Collins Barracks for their biggest event to date, with a Pride Block Party weekender headlined by Brazilian superstar Anitta, electropop queen Rina Sawayama and queer icon Peaches, alongside homegrown heroes Le Boom and Elaine Mai, Ru Pauls Drag Race UK VS The World winner Blu Hydrangea and a formidable bill of local queer talent and allies, with the inimitable Panti Bliss serving as mistress of ceremonies for the weekend. Bring your dancing shoes. 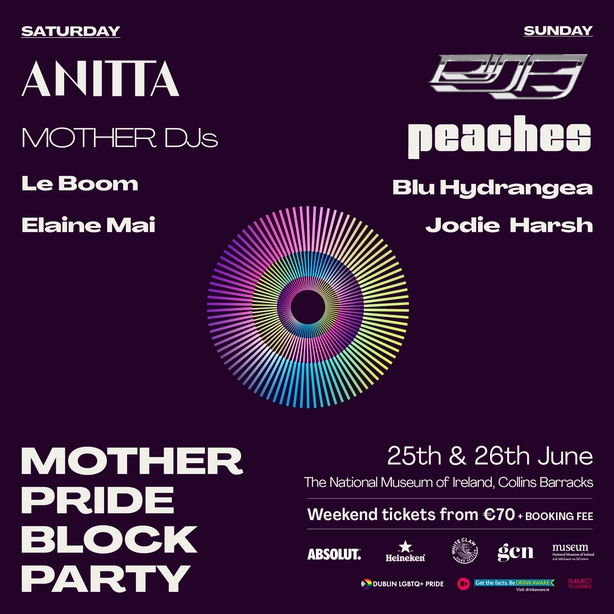 Where and when? Palmerstown House Estate, Naas, July 15th - 17th

Where and when? Curraghmore Estate, County Waterford, July 29th - 31st

The Waterford-based bash returns for its third edition with arguably the most eclectic music bill to be found anywhere this summer, with headliners Nick Cave and The Bad Seeds, Underworld and Sinead O'Connor joined by hot tickets Self Esteem, Floating Points and Dry Cleaning, along with an Irish live debuts from Jessie Buckley and Bernard Butler and bone fide cult legend Beverly Glenn Copeland, by way of the cream of the Irish crop (including CMAT, Gilla Band, Cormac Begley and a whopping 18 stages of music, spoken word, comedy, theatre, debate, art, workshops, wellness, and pretty much everything imaginable everything in between. 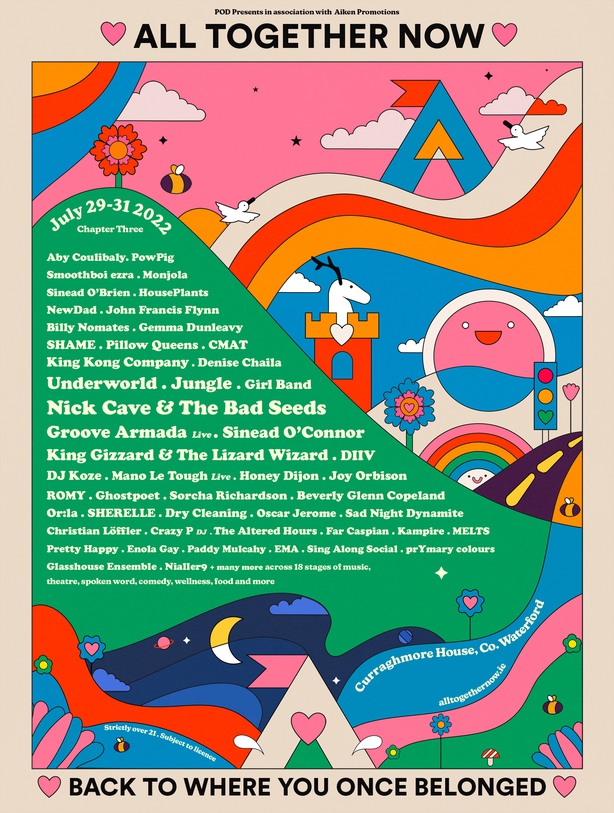 Described by founder Emmet Condon as a small festival run by a group of close friends, this laid-back affair welcomes 2000 or so souls to the glorious Killyon Manor for a bespoke weekend of deep-cut musical delights, food and good vibes, encouraging attendees to "embrace the familiar and excitingly unfamiliar". The bill includes UK jazz artist Alabaster De Plume and German house duo Session Victim alongside Irish nu-trad stalwarts Ye Vagabonds and John Francis Flynn. Elsewhere you'll find everything from an orchestral performance of Radiohead's In Rainbows by Ikigai to ambient folk duo Ronan O Snodaigh and Myles O Reilly, although the real pleasure here is to be found in the joy of discovery. 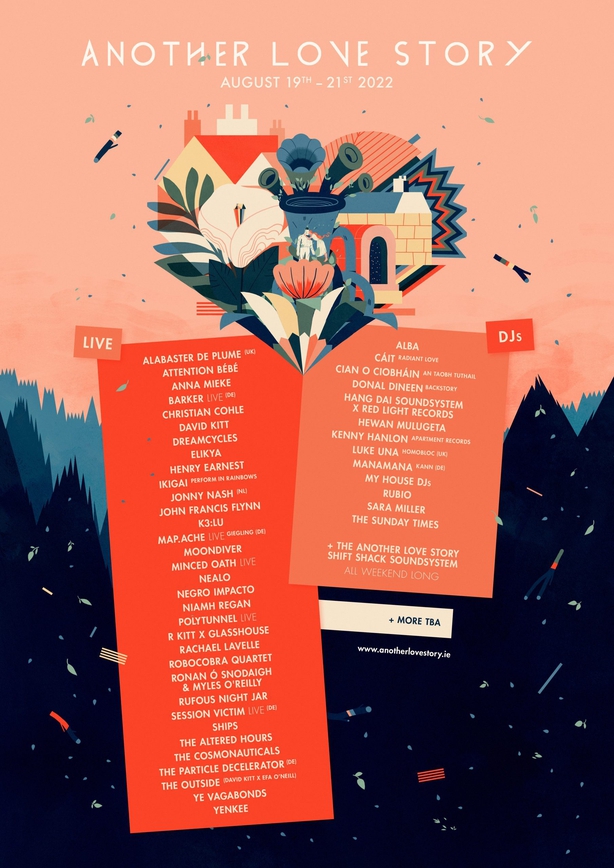 A whopping 70,000 attendees are expected for Ireland's largest music and arts festival; among the big names confirmed are (deep breath) Arctic Monkeys, Tame Impala, Snow Patrol, Megan Thee Stallion, Picture This, Dermot Kennedy, Fontaines D.C. JPEGMAFIA, Rina Sawayama, Little Simz and Sleaford Mods, aloside the likes of Lyra, Denise Chaila, CMAT, Just Mustard, Saint Sister; and RTÉ Choice Music Prize winner For Those I Love. And that's before you get to the formidable array of choice side stages and other bells and whistles, from Mindfield and Salty Dog to the Trailer Park and Jerry Fish's Fishtown. And yes, it's already sold out, so get imaginative. 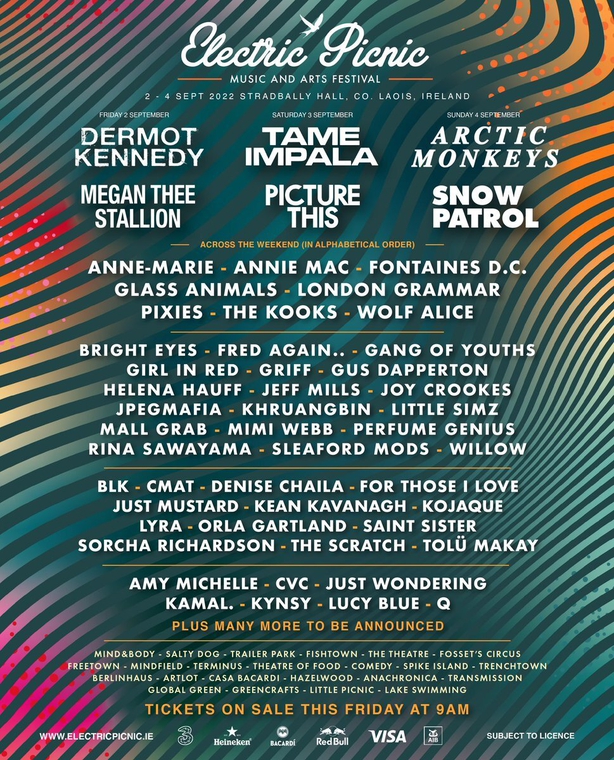 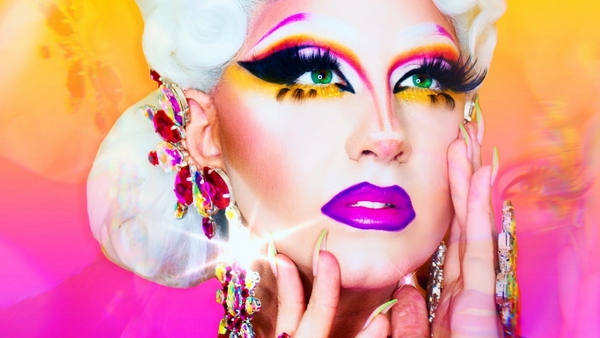 Avril Stanley on the evolution of the Body & Soul festival