This is the second episode of a story told in three parts, where the complex question of the existence or not of a Garda heavy gang is teased out and developed through stand-alone real-life stories into three Garda investigations over a fifteen year period.

The first episode, Who Killed Una Lynksey? provoked a sense of anger and outrage among viewers at, what looked like, the behaviour of a few rogue Gardaí who operated outside the law by allegedly coercing false confessions from suspects. This episode brings the story to another level.

Osgur Breatnach, Nicky Kelly and John Fitzpatrick, who were falsely convicted for the Sallins train robbery, believe that the judiciary and the State have also questions to answer.

Martin Conmey and Ann Donnelly in Episode 1, and Osgur Breatnach, Nicky Kelly and John Fitzpatrick in Episode 2 don't know each other. You may ask: how could the Garda investigations into the murder of Una Lynskey in 1971 and the robbery of a mail train in Sallins in 1976 be connected? One was a murder of a teenager in a rural community in county Meath, the other had all the hallmarks of a well- orchestrated heist by paramilitaries. But they have a lot in common.

In each case the suspects, young men, claim they were brutalised by detectives to sign confessions for crimes they didn’t commit. One particular detective features in both cases. In each investigation, the main evidence against the accused is their own incriminating statements and the statements by detectives who claim they witnessed suspects verbally admit to the crimes. In each case, the courts believe the testimonies of the Gardaí. In both stories, the innocent went to jail and their lives changed irrevocably. The accused in both cases may not know each other, but their allegations are very similar. Today, they are all calling for a Statutory inquiry into what happened, why it happened and who was responsible.

Not all Gardaí investigating these cases, it should be noted, had allegations against them.

Crimes & Confessions traces the origins of the allegations of a Garda heavy gang to the Sallins train robbery in 1976. There were calls as far back as 1977 from Amnesty International for the government of the day to hold an independent inquiry into the allegations of 'maltreatment carried out systematically by detectives who appear to specialise in the use of oppressive methods in extracting statements’ from suspects (Amnesty Report 1977). In response, the State appointed judge Barra O’Briain to recommend certain safeguards for people in custody and to protect Gardaí from false allegations. In 1978, the Committee made 28 recommendations. The government did nothing.

In this episode, the four men accused of the Sallins train robbery - Nicky Kelly, Osgur Breatnach, John Fitzpatrick and Brian McNally - tell a harrowing story of their treatment at the hands of some detectives in the Bridwell Garda station and their fight to clear their names and get justice. 46 years on, these men are still suffering and want outstanding questions answered by the State. Viewers who watched the first episode will notice similar patterns between this case and the interrogations of the three men accused of the murder of Una Lynskey in 1971.

The episode gives context to the reason allegations of a Garda heavy gang persisted after the Una Lyskey case in 1971. We cannot forget the political situation at the time of the Sallins train robbery in 1976. The troubles in the North had come south. The State believed it was under siege by paramilitaries and responded by giving Gardaí extra powers to arrest and detain suspects. As one of the former detectives says in the programme, "Guards, judges, everybody... we were all targets."

If your blood was boiling watching last week’s episode, you might need someone with you watching this one to calm you down. This time, it’s not just a few rogue Gardaí that Nicky, Osgur, John Fitzpatrick and Brian McNally have to deal with. They face a sleeping judge and a court system that appears to accommodate these Garda in convicting them. And then there’s the question of the response of the State; despite acquittals, a Presidential Pardon and compensation payouts, the Sallins four still want justice.

The Sallins case created a unique opportunity for the State to address a real problem, but the political circumstances at the time took precedence and allegations of forced confessions persisted for almost a decade longer. Innocent people continued to go to jail. The case that put an end to it all is the subject of next week’s episode, The Kerry Babies. 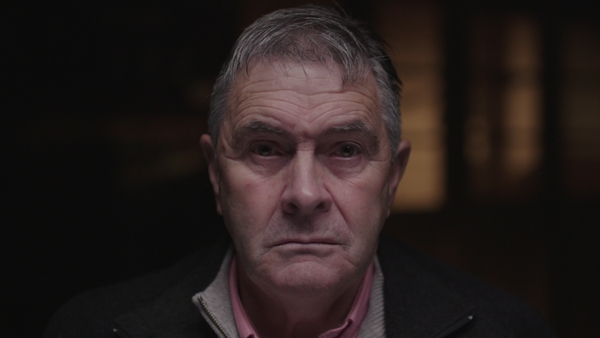