Documentary on One, An Unholy Trinity deals with two specific events towards the end of the Irish Civil War. One is the abandoning of a two-week old baby on the streets of Dublin. The other is the murder of a local doctor, Paddy Muldoon in Mohill, County Leitrim, five weeks later on the 18th of March 1923. The events are connected through the involvement of a priest, father Edward Ryans, who was taken to court in the child abandonment case and has long been suspected of involvement in the killing of the doctor. It is a deeply personal story, and a tragedy for the families involved. It remains a divisive issue for some people in the local area. The way the two incidents were dealt with by the state authorities, anti-treaty rebels and the Catholic Church provides lessons in how we struggled to come to terms with self-governance and independence.

Many different versions of stories become part of the folklore, the collected memory of an area. This story and this part of the world is no exception. People with Republican sympathies take a particular view, placing the doctor on one side of a divide (unjustly so) in an attempt perhaps to defend and deflect from any wrongdoing on their own side. Supporters of the church refuse to accept the wrongdoings of the priest, casting aspersions at the young woman and other mysterious forces. The relatively young and inexperienced free state government come under pressure to never properly pursue the murder case and with the agreement of the church hierarchy, facilitate the priest to move to the United States. Without material evidence, this particular story was rarely spoken of locally and the truth became lost in the versions given over time.

Ken Boyle, a distant cousin of the Muldoon family, gave the Documentary on One team valuable help in uncovering the truth of what had happened. His connections to the area and the family allowed us go deeper into the events. We came across a really valuable archive interview given by a nephew of the doctor, Thomas William Muldoon in the early 1990s. As a child, he became fascinated by what had happened to his uncle in 1923. Although Thomas William spent much of his adult life working in England and Scotland, he always came back to the story and eventually moved back to the family home in Leitrim.

He spoke to most of the people involved in the events, including Garda investigators, Republican officers and members of the clergy. He approached people directly implicated in the killing and gathered a large cache of documents, letters and reports. He wanted to write a book about the injustice of his uncle's murder and how nobody was ever put on trial for it. Thomas William died in the late 1990s without ever writing his book, but he left behind the interview and this personal archive. This proved invaluable when making the documentary, because when matched against other archive sources, it helped to corroborate elements of the story that were previously hearsay and rumour.

While the full story and motivation of everyone involved in this story can never be fully known and the main protagonists are long dead, the documents from Thomas William combined with the papers of the doctor’s widow, Rita Lee Muldoon, and other material supplied by the Muldoon family, have allowed people like Ken Boyle and myself to put together a plausible and verifiable proposition regarding what happened, and who was involved. More importantly, this material could be corroborated by official records in the Military Archives, The National Archives of Ireland, The National Library and other archives available for research. 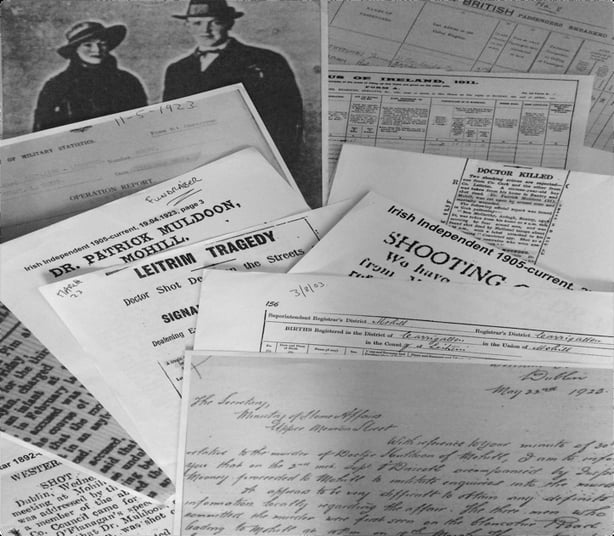 The archive research and verification tells how the authorities in those early years of the state appeared to be in thrall to the power of the Catholic Church and determined to avoid a scandal at all costs. It seems little consideration was given to the widow and family of the doctor or for that matter the young woman who had given birth or indeed to the baby abandoned in Dublin. It also appears to be an early indication of the pattern and extent of the relationship between the Catholic church and the Irish state.

Such was the interest in the documentary back in 2017, myself and Ken Boyle went on to write a book, The Murder of Doctor Muldoon, and as a result we discovered the real story of what happened to the mother of baby Rose, the Infant abandoned on the street that night in 1923. Mary Kate Gallogly went on to marry a farmer not too far from Mohill and raised a family there. She moved to Australia during the 1960s where she lived out the rest of her life. Mary Kate never spoke publicly about what had befallen her but it comforting to know that she survived the trauma of her abuse by the Catholic church the Irish state and rebel forces, to whom she was merely an inconvenience in a greater struggle to keep up appearances and save face.

There are many more stories from the early days of the modern Irish State to be uncovered and unraveled in the coming years. The value of archive material, private and public, cannot be underestimated in teasing out the truth. 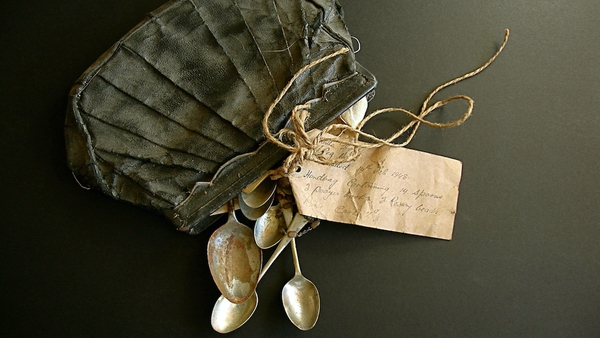 Revisiting the Ghosts of Grangegorman – Documentary on One