"Griffith! The Castle has fallen!" Michael Collins, on the afternoon of January 16th, 1922, announced to his colleague with typical ebullience that the symbol of British rule in Ireland had been transferred to Irish control.

In fact, it hadn’t - as this excellent new book makes clear, the final British occupants of the Castle didn’t actually leave until the following August.

But while the physical transfer might take some time, there was no doubting the symbolic importance of what happened on January 16th. Collins and his colleagues in the Provisional Government arrived at the Castle - slightly late - and were ushered into the Privy Council chamber, where the last Lord Lieutenant, Lord FitzAlan, greeted them and wished them success.

The new Ministers were then introduced to the heads of the various departments of the British administration.

Sir Henry Robinson, vice-president of the Local Government Board of Ireland, remarked on their "extreme youth", adding that "they certainly looked gloomy and overpowered with the consciousness of responsibility for the future government of the country. Michael Collins, their spokesman, however, was cordiality itself…"

According to Robinson, some of his colleagues were wary of shaking hands with men who had until recently been leading an armed revolution, but their doubts "were speedily dispelled by Michael Collins, who grasped their hands with his iron grip and shook them warmly with the greatest bonhomie."

His bonhomie was justified: he and his colleagues had now been formally recognised as the new power in the land.

While the British liked to talk about the "transfer" of the Castle, the official Irish statement that evening spoke of its "surrender".

The use of this word, British official Mark Sturgis thought, was "caddish", but The Irish Times took a different view. While talk of surrender was ungracious, it was clearly directed not at Britain or at Unionists, but at the anti-Treaty Republicans "who still refuse to admit that Ireland is free".

In their introduction to The Handover, authors John Gibney and Kate O’Malley say that their aim is "to give a sense of the outward manifestations of power shifting at a precise moment in time and in a particular place with immense historical associations."

In this, they have succeeded triumphantly. Lavishly illustrated with fascinating photographs, documents and maps, this is a relatively short book which covers a lot of ground.

The first chapter outlines the importance of the Castle, both as physical seat of British government, and as a symbol of that government. During the Treaty talks, the British side talked about handing over Dublin Castle. "There was no mention of handing over anything else; the Castle took precedence, for it was shorthand for control of the country."

The second chapter outlines exactly what happened on January 16th 1922, using eye-witness reports and contemporary newspaper accounts to convey a sense of the excitement surrounding the event.

There are a couple of surprising revelations. The members of the Provisional Government were supposed, under the terms of the Treaty, to signify their acceptance of the agreement in writing. In fact, they apparently did so orally - when officials went looking for any documentary evidence some months later, there was none to be found.

Equally, the "handover" to the Provisional Government was on rather dicey legal grounds, as legislation had yet to be passed by Westminster to allow for it. The solution was for London to instruct the Lord Lieutenant to "act on the advice of the new ministers", rubber-stamping their decisions pending the legal transfer of power. As the authors note: "Understandably, this was not publicised".

But the important thing was that once the Provisional Government was in place, the British withdrawal from the territory of the new Irish Free State could begin, with orders issued for the withdrawal from barracks around the country, the demobilisation of the Black and Tans and Auxiliaries, and the preparation of ships to transport the military out of Dublin Port.

The third chapter places 1922 in the wider context of the British empire. As Gibney and O’Malley point out, "Ireland was not the first country to secure independence from British rule, but it was the first to do so in the twentieth century, and its departure set an example that others would follow. British politicians and administrators would learn from the process."

After the Second World War, the British started using the phrase 'transfer of power’ to describe the process of scuttling out of far-flung parts of their crumbling empire.

"This term appears anodyne at first, but it was infused with the power dynamic of paternalism; the imperial centre had decided to transfer power to the periphery. As we have seen, things were not so clear in Dublin in 1922, with the use by pro-Treaty leaders and the press of terms such as ‘handover’, ‘surrender’ or ‘takeover’ implying that power had been taken, as much as given…"

Finally, Chapter Four traces the afterlife of the Castle. While most people in January 1922 expected the Provisional Government to base itself in the Castle, there was far too much symbolism involved for that to happen.

The new Irish Free State wanted to portray itself as distinct from the British regime, and one way of doing that was to occupy new spaces - first in City Hall, then in what is now Government Buildings, and of course in Leinster House.

But the Castle would have a role to play in the new State. The former scene of Viceregal functions would in time host Presidential inaugurations - proof that the Castle, once the symbol of British rule, was now truly in the possession of the Irish people.

The Handover: Dublin Castle and the British Withdrawal from Ireland, 1922 by John Gibney and Kate O'Malley is published by Royal Irish Academy on January 16th - find out more here. 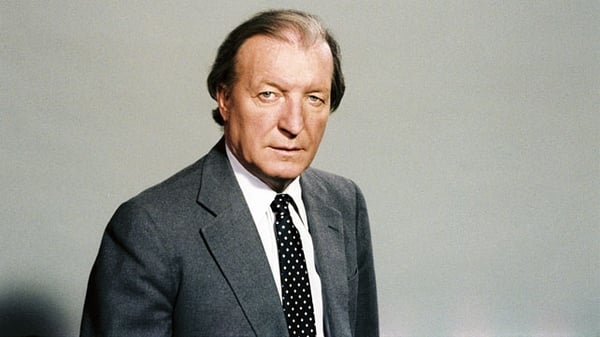