In October 2013 a blonde haired, blue eyed child was seized by police from a Roma camp in Athens, Greece. They suspected she had been abducted. The mystery of her identity prompted eight days of near hysteria which spread across the globe. By the time her mystery was solved, Irish authorities had wrongly removed two children from their homes and their parents. Documentary On One: Blonde Hair, Blue Eyes tells the story of this extraordinary week.

We're all guilty of it. A friend told me a couple of years back that she was out for dinner in London and there was a group of guys who were fairly well oiled in the restaurant. They were getting louder and louder and then it turned a bit ugly. They were getting abusive to the staff particularly the female staff.

The smallest, youngest member of staff - no bigger than 5’1" and no older than 23, she says – approached them. "I’m afraid I’ll have to ask you pay and leave gentlemen" she said.

"No chance. I know the owner, love, say goodbye to your job" said one of the group.

"That won’t be happening" said the woman.

"Because I am the owner" she said "can you pay and leave please or I’ll have to call the police".

They were a little taken aback to say the least but so was the rest of the room. The whole place initially laughed and gasped (including my friend) and then cheered. It was apparently a bit of a moment as they "got their coats".

My point is that the guys felt comfortable to abuse a lowly waiter but just couldn’t believe that the owner of this swanky place in London was a diminutive, very young woman. She looked as she did but not as she should. I can’t say what they were expecting but if I had to guess a rather well off looking middle aged "cheffy" looking man is probably not a million miles from the reality. And it would be easy to leave it at that, just a bunch of unsavoury individuals with all sorts of conscious sexist. ageist, probably "heightest" biases got their comeuppance.

But it’s not that simple. My friend (who I would regard as extremely open minded) said afterwards "why did I and all my fellow diners laugh and gasp at the moment it was revealed?" It was because they were all shocked too. They also didn’t expect this individual to look as she did. They were carrying unconsciously many of the biases that those guys were. It didn’t make them bad people, it didn’t make them behave abusively or unkindly to the staff of the restaurant but it broadsided them when this small young woman revealed who she was.

I have no doubt the Gardai who removed two blonde haired, blue eyed Irish children from their Roma families in October 2013 had the best interests of the children at heart. I have no doubt that the members of the public who tipped off the Gardai that children who didn’t look like they were the kids of the parents they were with had the same interest at heart. It was just that these children looked as they did but not as they should. 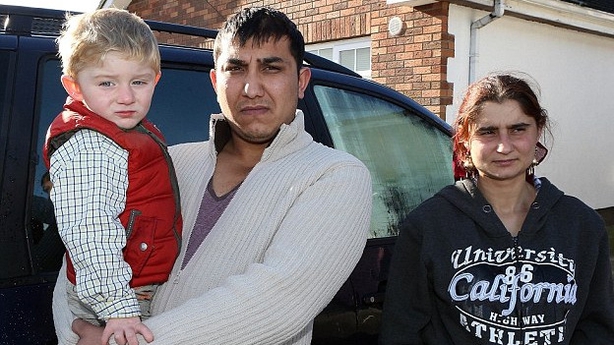 A year after the police removed a two year old blonde, haired blue eyed boy from his parents in Athlone and a seven year old girl with the same colouring from her parents in Tallaght a report by Emily Logan who was then Children’s Ombudsman, found that the actions of police were consistent with ethnic profiling. She said that she was reluctant to use the term particularly in the case of the hugely experienced and highly respected Guard in Tallaght but she felt it was appropriate.

The actions of the police didn’t make them racist monsters. But the Logan report found that their unconscious bias did inform their actions, even as empathetic, intelligent individuals.

They were also under extreme pressure. The previous week, a child with the pseudonym Maria was discovered on a Roma camp outside Athens. She, too had blonde hair and blue eyes and was quickly removed. A DNA test had shown the couple she was with were not her parents. They were arrested and police now suspected she had been abducted and trafficked. The story hit international news headlines. It was while all of this was going on in Greece and within this pressurised international atmosphere that the gardai removed the two children from their Roma parents here in Ireland.

But important questions arise from the actions of all those involved in the Irish case. Would these children have even been reported if it was a white middle class French couple with a black child? Would the police

have taken the report seriously in these circumstances? Would they have turned up in numbers at the house? (there were nine guards in the Tallaght house at one point) And most importantly would they have invoked section 12 of the child care act and removed the children? In other words were these families treated as they were because they were Roma?

After working on this documentary I was left with the sheer devastation of the impact of these removals. The two in Ireland and the one in Greece. The couple who Maria was taken from spent time in custody and were charged with abduction charges which were dropped later after it was discovered that a Bulgarian Roma mother had voluntarily given her daughter Maria to them when she was a baby because she couldn’t afford to look after her. This woman subsequently had her seven children taken from her by authorities. The Tallaght girl started dying her hair dark brown as she feared she’d be taken again. The Athlone family felt they had to leave town and did so. The extended families by all accounts remain shocked at what happened. 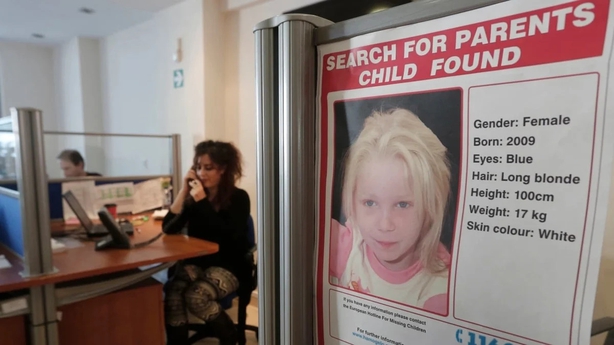 Since this documentary aired there have been many, far too many, incidences of the same mentality. From the sort of thing you see and hear every day of the week on buses, in bars, even from folk who you thought were reasonable until a couple of glasses of wine go down the hatch. There have also been spectacular incidences of huge groups of people being harassed and worse because of how they look from the killing of George Floyd to the ongoing issues that underpin the Me Too movement. Even just today we be must careful that Afghans fleeing here are being treated just as we would want to be treated ourselves, including the prompt processing of their Visas.

But to return to 2013 for a moment; this eye-wateringly fast series of events took place over just nine days between 16th and 25th October. It’s proof that it’s part of the human condition that we can lose the run of ourselves quickly. There were subtle differences between each of the cases involved but one overriding similarity. In the case of all of the children at the centre of these events. In the case of all these children they looked as they did, not as they should. 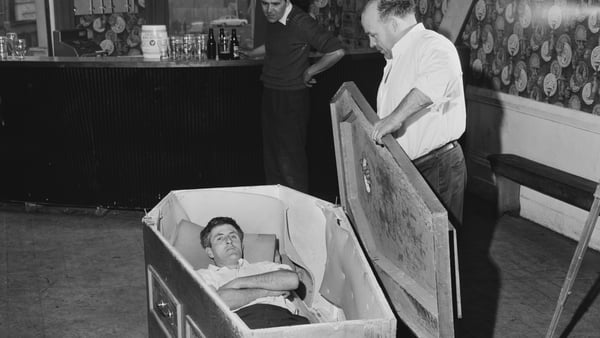