Documentary On One: Professor Mel Mercier, Chair of Performing Arts at the Irish World Academy of Music and Dance at University of Limerick, introduces Peadar Mercier, a documentary portrait of his late father, the first ever professional bodhrán and bones player in Ireland, and a key member of The Chieftains and Ceoltóirí Chualann - listen to Peadar Mercier above.

I am writing this short note about the documentary I made about my father, Peadar Mercier, with some sadness. In the short five years since it was first broadcast, several of those whose voices animate the story it tells have died, including my mother, Nuala, the musicians Mícheál Ó Súilleabháin and Tony MacMahon, and Paddy Moloney, whose music is woven through the piece.

I also come to this with a renewed sense of connection with my father. On the 25th of September this year, I sat on the stage of the National Concert Hall in Dublin, in my father's seat, cradled in the well of Peadar Ó Riada’s harpsichord. The occasion was the Seán Ó Riada 50th Anniversary Celebration concert, featuring a performance by a recreated Ceoltóirí Chualann that included original members, and sons of original members, of the group, led by Seán Ó Riada’s son, Peadar.

Across the stage from me sat two of the original members of Ceoltóirí Chualann, Seán Keane and Michael Tubridy. Seán Ó Sé stood centre-stage, singing 'Carrickfergus’ with such unbridled passion that he raised the roof of the concert hall and lifted the capacity audience to its feet in rapturous applause.

A cultural pulse from half a century ago flowed through the musicians on the stage that night and echoed in the concert hall with such force that it couldn't be contained.

As I joined with the group to recreate Seán Ó Riada’s original musical arrangements, playing the bodhrán and bones in the style that my father taught me fifty years ago, I felt as close to him as I imagine it is possible to be.

I was 11 years old when Seán Ó Riada died in 1971, and I don’t think I ever saw my father playing with Ceoltóirí Chualann. I do, however, have very vivid memories of seeing him walk on stage, a bodhrán in each hand, to take his seat at the edge of the semi-circle of musicians that was the original Chieftains.

That was in the early 1970s. The image of my father on the edge of that semi-circle is etched in me and has prefigured my own attraction to hanging out on the edge.

The instruments my father played were, themselves, on the edge of Irish traditional music in the 1960s and 70s. When he taught himself to play the bodhrán in the mid-1950s, it was still primarily associated with the annual St. Stephen’s Day tradition of hunting the wren. It was considered to be a ritual instrument rather than a musical one. He made his first drum using the old methods, soaking a goatskin in the bath at home for a week before stretching it over the rim of a garden sieve.

He also made a pair of rhythm bones from cow ribs he picked up at the local butcher shop. He played the bodhrán in the North Kerry style, striking the skin with a double-ended, knobbed beater to produce rolling reel and jig rhythms.

Initally my father’s playing style was very much of its time, with a technique that owed more to the loud, outdoor style associated with the wren procession than the indoor concert stage. After Seán Ó Riada invited him to join Ceoltóirí Chualainn in the mid-1960s, it wasn’t long before he began to pioneer a new, more refined, modern style of playing the bodhrán.

He went on to play with the Chieftains for ten years, recording four LPs with the group, and performed on stages across Ireland, Europe and America. Many who heard him play were inspired to take up the instrument, and in that way he set in motion the dramatic developments in bodhrán playing that followed over the next 50 years.

The documentary tells the story of my father’s musical life and his love of language, poetry and gardening. It is told by his wife, Nuala, his ten children, and many friends and musicians, and is underscored by the pulse and rhythms of his music. 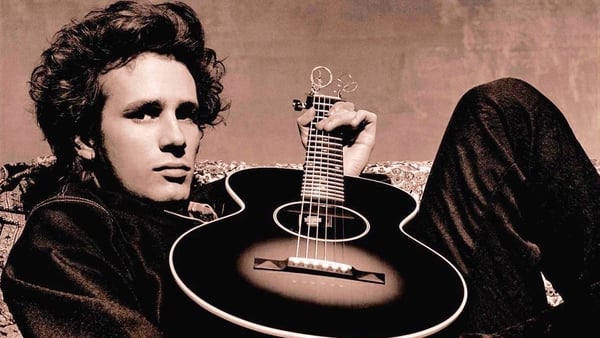