We're delighted to present an extract from Vow of Silence, the acclaimed posthumous memoir by Suzanne Walsh, published by Mardle Books.

Suzanne Walsh suffered five heart attacks and made it through open heart surgery. But even that pales in comparison to the horrors she faced as a young girl. Her childhood became the stuff of nightmares after her father passed away and her mother, unable to get a job in Ireland, had to seek work in London. So 'Mammy' was forced into the heartbreaking decision to put Suzanne and her five siblings into church-run orphanages in Dublin while she worked away. It was just meant to be temporary.

Her life soon became a daily struggle to avoid beatings with canes and rosary beads. Suzanne and the other children worked from dawn until midnight, living on disgusting scraps of food, while the nuns dined on fresh fruit, meat and cakes that the 'orphans' had cooked for them. Suzanne tried her best to shield her younger sisters from the terror of these hateful 'women of God'. But it was only the beginning of their troubles...

This is Suzanne's heartbreaking and touching story.

I will never forget the feeling of absolute terror, then the sick feeling of apprehension as I stood in the parlour of the orphanage facing the big wooden door.

Just moments earlier my mammy had said goodbye and walked away, out of the door and out of our lives. None of us can remember anything about the actual journey from home or our arrival at the orphanage in 1958, not even the parting from our mother. I don't know if she kissed us goodbye or what her parting words were. We must have been in shock since it was surely one of the most momentous events ever to have happened in our young lives.

Everything before and after that point is clear in my mind though, even after 50-odd years, so it’s not the passage of time that has made us forget but most probably the stress of the preceding few months. The ordeal of leaving our family and home was more than I and my two young sisters could cope with. Imelda can’t even remember being in that institution at all. She has completely suppressed the traumatic memories.

But right at that moment as I stood in front of that door, I was trying not to cry. I wanted to be strong for my younger sisters Sinead and Imelda, who were each clutching one of my hands tightly.

We had no idea when we would see Mammy again. She was going to London to try to find work so we could all be together again. My daddy had recently passed away from cancer and Mammy couldn’t afford to keep the house together and feed me, my three sisters and two brothers without a job. And she couldn’t get a job in Ireland, a single mother with six mouths to feed in the 1950s. The only place she could work as a secretary to earn money was across the water in London.

So here we were. In the Catholic Church-run orphanage St Vincent’s in Dublin, staring at a big wooden door, not knowing what or who was behind it. We were rooted to the spot, fixated on the highly polished brass doorknob as we waited for it to turn, fearful of what lay on the other side.

Our bodies tensed at the sound of approaching footsteps click-clicking importantly along the bare floorboards. My terrified little sisters, who were just five and seven years old, grasped my hands even tighter and desperately tried to hide behind me as the person paused momentarily outside.

I was only ten years old myself but in that moment, I became the adult. The one comforting object in the room for my terrified sisters. So I couldn’t show fear. I didn’t want them to see that I was just as frightened as they were. They were looking up to me now to be the big brave sister. So, I bent down to Sinead and Imelda and whispered, "It’s going to be alright, you’ll see."

Usually the job of brave sister was taken by our older sister Callie, but she hadn’t come with us to St Vincent’s right then; she was staying at home with Mammy for a little while longer to help with the task of packing up the house, and also as a comfort for her until she left for London within a few short weeks. She would join us later.

So we three felt so alone, totally bewildered and lost. We stood transfixed for a moment, almost without breathing. Even though we had been expecting it, we were startled when the door was thrust open and an intimidating-looking nun appeared. Completely filling the doorway, the enormous white starched headdress and long black robes accentuating her height, she looked like a giant, monstrous penguin and seemed just as terrifying. Sinead blurted out, "Who is that? I’m scared," while Imelda simply made a whimpering noise. I was so transfixed by the sight in front of me, I couldn’t get any words out. I don’t know what kind of welcome we had been expecting but we weren’t too surprised when she just gave us a cursory glance and then, without even a smile or any welcoming words, raised her hand and imperiously beckoned us: "Come with me." Turning with a swish of her robes and clank of the rosary beads hanging from her waist, she strode through the doorway.

I had to pull on Sinead and Imelda’s hands as they were rooted to the spot. Again I bent down to whisper as I didn’t want the nun to hear me. "It’s going to be okay, don’t be afraid, she’s just a big silly penguin," I told the little ones. They both giggled before clapping their hands over their mouths, afraid they’d made too much noise.

Of course their giggles were an immediate threat. The nun spun round, glaring at us. There were no kind words, no sympathetic caresses or even affectionate looks. We’d just been separated from our mammy for the first time in our lives but it was all 'business as usual’ for the nuns. If she had any emotions, they were being well hidden under her veil. But even though those first few moments alone were scary and desolate, we had no idea of what lay in store for us over the next four years. Entering an alien world expecting to be cared for, instead we were to be abused and exploited by the representatives of the Catholic Church. Their doctrine of love for their fellow men didn’t extend to the pitiful little souls in their care, as we were very soon to discover. Our crime, and that of most of the other children in the institution, was that we were fatherless and vulnerable – in other words: perfect victims.

The orphanage and Catholic Church dominated and dictated the lives of the mainly poor, working-class people of the district. It wasn’t long after the end of the Second World War when jobs were very scarce everywhere in Europe, especially so because of the millions of soldiers that had returned from the war seeking work. Competition for jobs was extremely fierce. The majority of families in the locality were Catholic and extremely large, as women were expected to continue giving birth as long as they were able, no matter whether they were capable of doing so either physically or financially.

Because of this the orphanages in the 1950s and 1960s were filled with local children, just like us. It wasn’t unusual for the children to still have a parent alive, trying to earn some money and savings so they could unite the family back together again. It was a sad but not uncommon state of affairs. Of course, we didn’t know this at our age. All we knew was that Mammy was going away and we had been separated from her and our brothers Anthony and Joseph, who had been taken to an orphanage especially for boys.

There was only one thing we could do. Still holding hands, we reluctantly followed the nun’s black robes across the threshold to begin our new life as ‘orphans’. 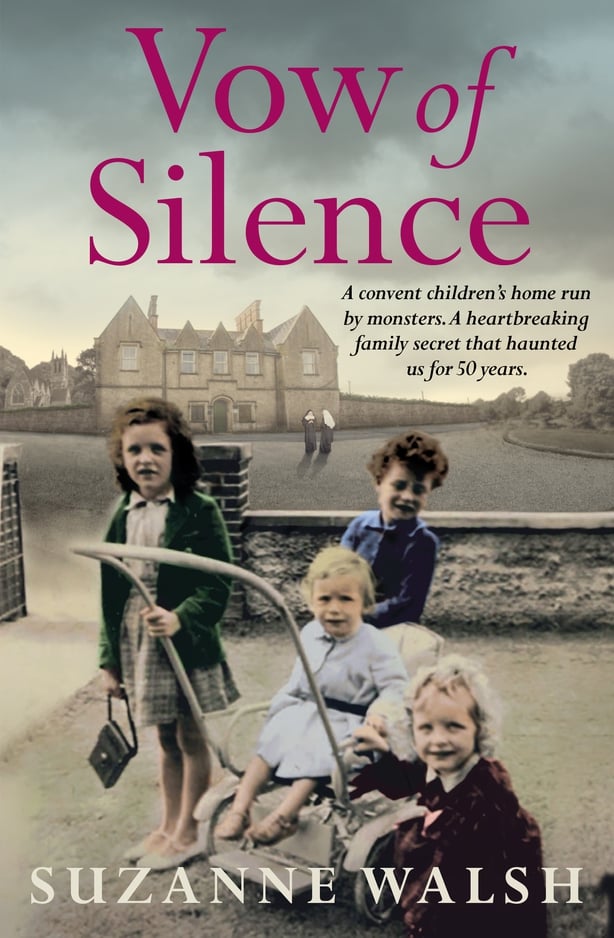 Vow of Silence by Suzanne Walsh (published by Mardle) is out now. 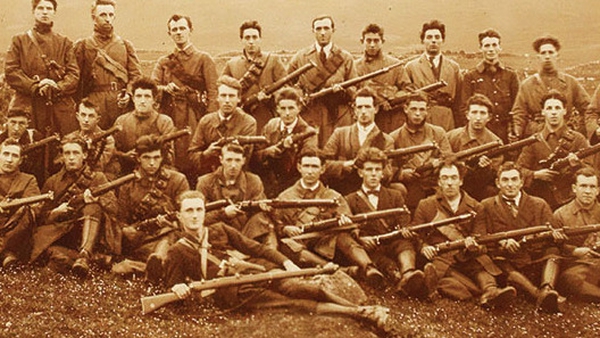 We Go into Action Today at Noon by Eamonn Duggan: read an extract