Taking Flight is a series of radio essays celebrating the work and continued influence of the poet Patrick Kavanagh. It was commissioned by The Patrick Kavanagh Centre with the support of Monaghan County Council and Creative Ireland in broadcast partnership with RTÉ lyric fm.

Participants in this series include writers, a filmmaker and poet. Their creative responses to Kavanagh’s work illustrate the significance of the poet in our culture and the potency of his own work as a source of continued artistic exploration. 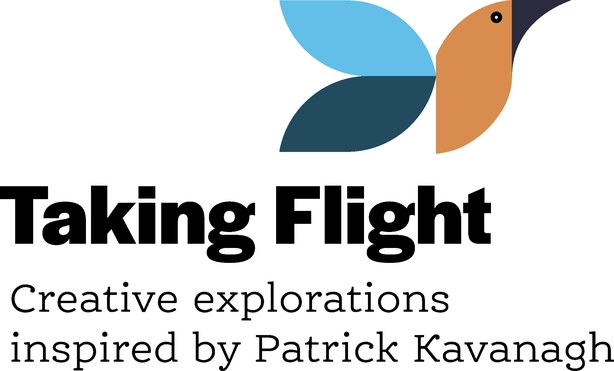 The Taking Flight essays will be broadcast at 11 am each Friday for the rest of October beginning this week with Annemarie Ní Churreáín’s A Love Letter to The Hospital. Below, Annemarie writes Kavanagh, 'a poet who mined magic...'

"Everybody said that for such a highly strung, sensitive person, I was an awfully good patient. Visitors saw in me a man of remarkable fortitude, of a kind they never suspected. I was inclined to believe it myself" (from Hospital Notebook, Patrick Kavanagh).

Perhaps one of the many reasons I keep returning to the work of the great 20th century poet and writer Patrick Kavanagh is this inclination towards belief, even in the face of hardship, even in the face of darkness. In his poetry I find a belief in ordinary people living ordinary lives, and a belief in the mysteries of landscape, in divinity, in the meaning of light. I still remember how the energy shifted in the school room (where I first encountered Kavanagh) when his poems were read aloud, as if the air was being newly charged. Here was a poet who mined magic, who believed in something we might not always be able to see with our own eyes, but which we might glimpse through his.

Over the years Kavanagh has been a steadying influence for me. Often, in my own poetry, I am driven by a compulsion to look back over history, to bear witness to difficult pasts. In my new collection The Poison Glen (The Gallery Press, 2021) I explore the theme of the missing or stolen child and many of the poems respond to the left-behind sites of Irish church- and state-run institutions. The collection is rooted by a long poem titled The Foundling Crib about the Dublin Foundling Hospital of the 1700’s which once stood on what is now the campus of St James’ Hospital. This site was also home once to St Kevin’s Hospital, the institution referenced in The Hospital, Kavanagh’s poem about his 1955 stay there as a patient.

How to bear witness to trauma? How to find light in dark places? In writing The Poison Glen, The Hospital took on a special currency for me, acting as a talismanic poem. One might find it reasonable to dwell on the bleakness of a 1950’s institution and yet Kavanagh’s rendering, full of imaginative electricity, casts a love-spell over "the functional ward/ Of a chest hospital: square cubicles in a row/ Plain concrete, wash basins.." What I admire most about this poem is the proof that sometimes light is buried within—or trapped just below the surface of—ordinary things. Among the poem’s many truths is the truth that life is full of contradictions and paradox, and in a good poem, opposites can exist.

To celebrate Kavanagh in 2021, I was commissioned by the Patrick Kavanagh Centre to create a radio essay for the Taking Flight Series. Produced by the centre in conjunction with Eithne Hand, the series is supported by the Monaghan County Council and Creative Ireland. It was an honour to spend time again with The Hospital and I’m excited to hear the essays of fellow commissioned artists Tadhg O’Sullivan, Jaki McCarrick, and Manchán Magan. 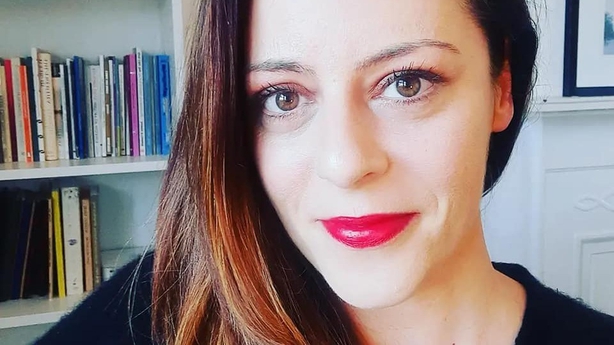 During a recent gathering at The Patrick Kavanagh Centre, where the local community convened outside for a reading of Kavanagh’s work, I was reminded yet again of how his language sounds in the air, of that distinct energy shift. The night was growing dark and cold but gathered there, in the shadows of the graveyard, Kavanagh’s magic was burning bright as the low, full moon.

Annemarie Ní Churreáin is a poet from the Donegal Gaeltacht. Her latest poetry collection The Poison Glen (The Gallery Press) is being launched this October. Listen to Taking Flight on Niall Carroll's Classical Daytime on RTÉ lyric fm, Mon to Friday, 10 am to 1 pm - catch up here. 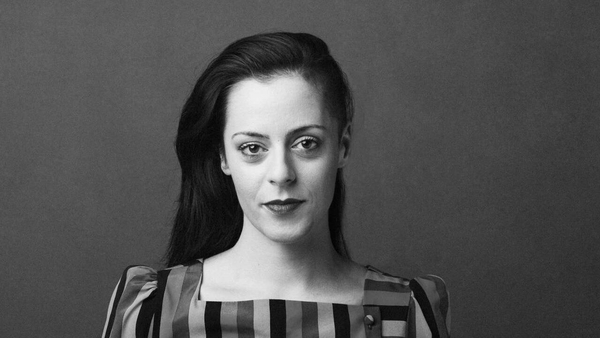 Something For The Weekend: Annemarie Ní Churreáin's cultural picks