Weft is Dublin Fringe's talent development and network-building project, for Black artists and artists of colour more broadly who are working in Ireland. That's a mouthful, but it has to be to get all the crucial specifics in there. The classic academic strategy if you can't be precise and concise at the same time is to do one after the other, so I'm going to steal it: Weft is about racialised artists getting to make their own work on their own terms. Because we know that artmaking is a long, messy, nebulous process, Weft has three strands on different timescales that overlap. (Appropriately enough for a programme with a name drawn from weaving.)

The long term: our international partners, Hot Brown Honey, make a big exciting show with participants based in Ireland at the end of next year. The medium term: later this year, Renn Miano of Origins Eile leads the open-access strand of Weft – a series of events designed to foster and nurture relationships between artists and the wider communities in which they're embedded. The short term: I'm currently working with the Weft Studio Group – a multidisciplinary group of artists working on their own live performance pieces – as a facilitator, a role somewhere between waiter and therapist. My lot, the Studio Group, are all doing something they've never gotten to do before in one way or another. For some that's writing on a larger scale. For some it's writing, full stop. For some it's working with interview audio, or traditional dance steps, or film, or live music. I'm not the leader or teacher – there's no unified craft underpinning all their projects that I could teach, nor is there a single direction of inquiry in which I could lead. This is where the likeness to therapy is most pronounced, in that I can't tell participants what they should want, but I can help them find out what they do want – and I can suggest ways of getting it they might not think of themselves. The complementary emphases of mine and Renn's work – art projects for me, artists for them – is a key part of the vision for Weft, on the basis that healthy fruit doesn't grow on sick trees. Having said that, we don't want to increase the #output of a 'lucky' few without addressing the underlying causes that keep racialised artists underrepresented and overworked.

We don't want people to be just healthy enough that they can crank out work until they die of scurvy – we want people to be free to be prolific because they can afford to go to the doctor or therapy, because their rent is paid, because their visa isn't in jeopardy. The flourishing of art by artists of colour isn't desirable divorced from the flourishing of people of colour themselves. When we began work on Weft, I would have preferred the term 'representation' over 'diversity' or 'inclusion'. I like the way it pivots between the political and the aesthetic. I like that it allows for the possibility of agency at the margins, a self deciding how will it be seen by whom when. Both diversity and inclusion reinscribe the norm they claim to overturn – agency remains with the person ensuring a diversity of programming, the person doing the including, as though their presumed right to decide who gets to speak when and where isn't precisely the problem. If you look at our initial press release, though, Renn is on record as wanting to move past representation as a lens on the experiences of racialised artists. This isn't actually the point of disagreement it might look like, because lots of what gets called artistic representation is also deeply flawed. Lots of so-called representation is clumsy, facile, cosmetic. Rather than pivot between the personal and the political, it collapses any distinction between the two, as though to be seen is to be heard is to be safe. (If only.)

This version of 'representation' is often used interchangeably with 'visibility' too, as though getting to speak and being spoken about are the same thing. As an example, I could point to the moral panic in the US over 'critical race theory', led by people who think the Combahee River Collective is a band and Kimberlé Williams Crenshaw is Venus and Serena's sister who's only okay at tennis. Or I could point to the treatment Professor Priyamvada Gopal got from the Daily Mail, ostensibly because of things she ostensibly said in a series of faked tweets – but which, if anyone involved had actually read her book, Insurgent Empire, it was clear she wouldn't have said.. Or closer to home again, I could point to the Irish Times publishing a letter arguing for 'nuance' in the case of trans conversion therapy – having not written about activist Sophie Gwen Williams' death, or the role that the wait for appropriate trans healthcare played in it, or the struggle to access trans healthcare in Ireland more generally. (If you google 'Irish Times Sophie Gwen Williams', you get an article mentioning rugby player Shane Williams and then one mentioning Hayley Williams from Paramore). This is what it means to be hypervisible but hyporepresented, to be constantly spoken about but never spoken to, to never get to set the terms of the conversation about your experience, your needs, your desires, to have someone else's hypothetical fear weighed above your very real pain.

I've talked above about the experiences of queer people and racialised people in trying to be heard on their own terms, but I don't want to imply any specious parity between very different oppressions. There is, though, a structural similarity there, qualitative rather than quantitative, a homologous contour occurring at different scales. There's a bigger thought to extrapolate here. The fact of oppression might be universal, but the details are always local and particular. All that's common to different oppressions is that they demand attention to the ungeneralisable nuance of our lived situations in order to be fully understood. Arriving at any more comprehensive big picture requires cross-referencing our several parochialities, rather than trying to find some position from which to speak for everyone all the time.

Looked at this way, striving for meaningful representation isn't secondary to artmaking. They're complementary, unified. Both insist on the complexity of our world, of our communities, that we see them and deal with them as they actually are – rather than as we would like them to be. 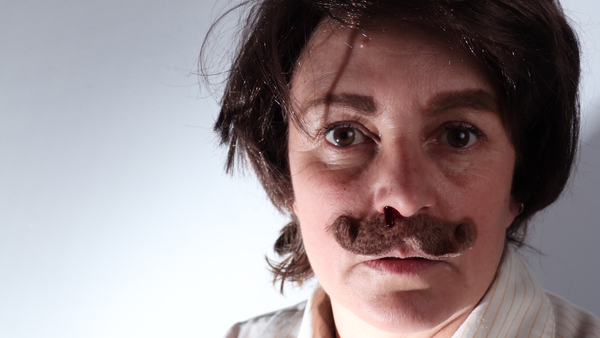 Dublin Fringe: Masterclass, and gender & power in the arts world