We're delighted to present an extract from I, Antigone, the new novel by by Carlo Gébler, published by New Island.

Set in the seventh century BC, I, Antigone purports to be Antigone's biography of her father, Oedipus, as she attempts to set the record straight on his life and death and restore his reputation.

With his version of Oedipus' famous demise, Gébler dismantles the polarisation and absolutism of our time. By tracing the histories of Oedipus and his parents Laius and Jocasta, as well as the peripheral characters of the plays who had a central role in him fulfilling his destiny, Antigone’s 'biography’ causes us to re-evaluate the extent to which any of us can be entirely blamed for the actions by which we will be defined.

Laius sat in the forecourt in front of the temple at Delphi, surrounded by supplicants, talk and movement. His seat was hard and cold. He had paid his fees. He had performed his rites. He had been vetted by the priests. He had drawn his lot. Now he was waiting his turn.

Laius closed his eyes and a picture formed in his mind of himself and the Pythia in her dark, sacred space under the temple. He'd been filled with this image many times since he sat down. He kept banishing it but it kept coming back, and now here it was, again. He lacked the strength to turn it away, which meant it would flow on.

'What is your question?’ he heard. This was the Pythia. Her voice was grave and solemn, slow and stately. Like any other mortal, what went on in Laius’s head was a mix of things he knew and things he made up. So, this voice was based on what he remembered from earlier visits when he had heard the Pythia as well as on how he imagined a Pythia ought to speak.

‘Pythia,’ Laius imagined himself saying. This was his question, the one he had come to ask. ‘Why have we not had a child?’

Laius felt his face flush, his heart race, his stomach tightening. He shook his head and rubbed his face with both hands, in order to drive what he was imagining from his mind.

‘Laius,’ he said, moving his lips, forming the words but speaking them quietly so no one in the noisy forecourt could hear. ‘Stop it. Stop jumping to conclusions. Stop tormenting yourself. Let your mind empty out and go still. You don’t know the answer and you won’t until the Pythia has spoken. And until she does, leave yourself alone.’

Laius felt better. He had to stay quiet and calm. There was no point in giving himself an explanation before the Pythia had answered. And after all, wasn’t that the point of coming?

Then, from a different part of his being, came different words. These were not spoken out loud. They were spoken in his head and they came from the same part his dreams came from at night, the part over which he had no control: ‘The Pythia is going to tell you what you already know,’ the voice said, ‘and you are an idiot if you think she is going to say anything else.’

Laius, sensing movement, opened his eyes. It was a nearby supplicant. The priest had come to fetch the fellow. He and the supplicant walked off towards the temple entrance. Laius stood and stretched. His turn was closer. He noticed a heavy man with a big head and a broad face. He was a supplicant too. Maybe I could get the man talking, thought Laius. That would pass the time and would stop me thinking. He went and sat beside the stranger.

‘I do,’ said Laius, ‘having to sit here and wait with your question going around and around in your head and your mind coming back with every conceivable answer.’

‘I don’t know what you mean,’ said the other man. ‘I’m just waiting. I’m not thinking. I do that after I’ve been in. There’s no point thinking now.’

‘Are you telling me you’re not thinking at all?’

‘Yes,’ said the man. ‘Mind’s a blank. And give me half a chance and I reckon I could probably go to sleep.’

‘I certainly am,’ said the man, ‘and so I remain until I get inside and hear what she has to say, that is.’

He yawned, then put his hand over his mouth.

The man folded his hands on his lap and let his eyelids drop. Laius glanced along the line. How many supplicants were there ahead of him? He counted five and gave up. This torment was set to last and last.

Laius was hot. His palms were moist. Any moment now the priest would come. His turn, he was sure, was almost upon him. He was aware of movement there on his right, on the edge of his sight. He looked up. It was the priest, gliding towards him. The priest nodded. Laius stood. The priest took him by the hand and led him gently through the throng and towards the steps.

Laius and the priest entered the temple. It was gloomy and dark inside. There was a smell of burnt mutton as well as something sweet and putrid. Laius’s thighs felt watery. His mouth was dry. His head hurt. His eyes fizzed. But his body, even as he felt these things, acted as it always acted. His feet moved, taking him forward. His throat swallowed, wetting his mouth. His lungs went on working, drawing his breath in and out. It was wonderful the way the body went on despite everything.

They went down the steps. They were in the dark space at the bottom. There were the drapes and beyond the drapes sat the Pythia. Here the smell of mutton wasn’t as strong as it was above but the sweet, putrid odour was stronger. The priest held the drape open and Laius went through to the adytum, the temple’s inner sanctum. The priest followed him and he heard the drape fall behind.

Laius’s eyes adjusted to the gloom. He saw the Pythia in front of him. She sat on a bowl-shaped seat that balanced on the three legs, an old woman in a young girl’s short white dress. She held laurel leaves in one hand and her bowl for divination in the other. The priest bent down and put his mouth to the Pythia’s ear.

‘Laius, from Thebes, the king,’ Laius heard the priest whisper.

The Pythia closed her eyes. Her shoulders moved. Her breath quickened. The god was coming into her. The Pythia opened her eyes and looked at him. The god inside her was staring at him with her eyes.

The priest leant in again and put his mouth to the Pythia’s ear and began to whisper. Laius couldn’t hear what he was saying. Earlier, when he was vetted, he’d been asked what his question was, as was customary, and he assumed that’s what the priest was telling her now.

The priest stopped speaking and stepped back from the Pythia. The Pythia lowered her head and gazed into the water in the bowl, her expression rapt, obedient and transfixed. The god is speaking into her mind, thought Laius. And she is listening to the words of the god. The Pythia looked up and stared at him.

‘She already knows,’ said the priest. ‘Ask your question.’

‘You consider this a misfortune,’ said the Pythia, her face down, ‘not to have a child?’ It was her voice, a woman’s voice, but the god’s voice was inside her voice. He could feel the god’s force.

‘Well, you are wrong,’ said the Pythia.

Laius registered the word. Wrong. Wrong? A royal couple like he and the queen were supposed to have children! The god must know that.

‘Not if it’s a blessing,’ said the Pythia. ‘Be grateful for your childlessness. Be grateful that despite all your efforts nothing has happened yet.’

Laius heard buzzing in his head. His legs felt weak. ‘I need an heir,’ he said, ‘a son who will rule when I am gone.’

‘Then can you not help?’

The buzzing became a pounding.

‘I can give you a son, Laius. I can do that. But if I do, you will die at his hands.’ The Pythia looked up from the bowl and stared into Laius’s face.

‘When Chrysippus failed to return home,’ said the Pythia, one careful word at a time, ‘his father, King Pelops, consulted the great god and the great god told him, "Laius took Chrysippus. Laius dishonoured Chrysippus. Chrysippus threw himself off Mount Phicium because he was so ashamed of what Laius had done to him."

The news enraged and desolated King Pelops. "Laius, my guest, violated my trust," he shouted at the great god. "Laius must be punished!"

Zeus heard the words of the broken-hearted father and he was touched. He issued his ruling. ‘

"If Laius has a son, the son will kill him," said the great god. This was his determination. Now do you understand why not to have a child is a blessing?’

Laius felt as light as an old dry leaf. He also felt as heavy as a stone and of such a weight he would never be able to move from where he stood. He would die there in front of the Pythia.

‘You said a son would kill me,’ said Laius, ‘but not a daughter. Can I have a girl?’

‘Stop. You will not bargain. The bad action remains with him who does it. If you have any child it will be a son. Stay childless and you will live long and die old. But have a child, it will be a son and he will kill you.’ 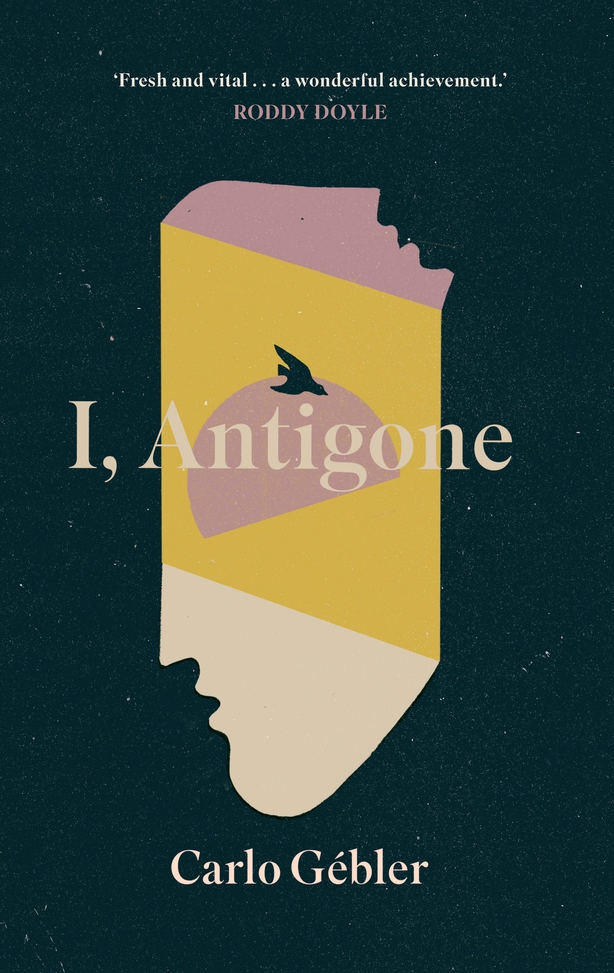 I, Antigone by Carlo Gébler (published by New Island) is out now. 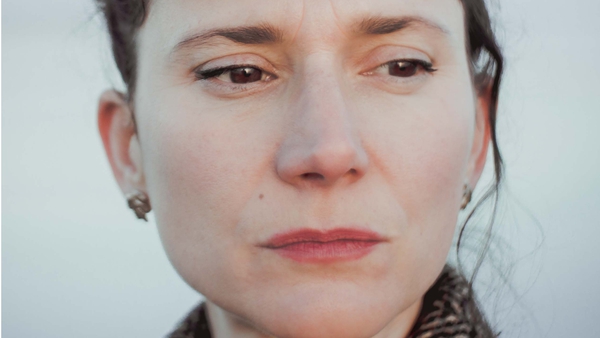