Via EPIC The Irish Emigration Museum: Back in April 1848, the Jeanie Johnston began its first journey as a famine ship with 193 passengers on board. Sailing from Blennerville in Co. Kerry, it crossed the Atlantic Ocean and landed at Quebec where 194 passengers disembarked.

During 16 transatlantic crossings, the Jeanie Johnston never became a 'coffin ship'. Here are five figures that tell the ship’s story, including some of the positive things that happened on board during this dark period in Irish history.

One newborn baby given 18 different names

Just a few days into its first trip, the Jeanie Johnston’s passenger list increased by one.

Margaret Reilly gave birth to a healthy baby boy, who she named after the ship, as well as its owner, doctor and crew members.

According to the book All Standing: The Remarkable Story of the Jeanie Johnston, Reilly made a point of stating that he was ‘born at sea’ on every form he filled out during his lifetime.

Although most Irish migrants arriving in America settled in urban locations, the Reilly family bucked this trend and continued farming. Margaret and Daniel Reilly started out in Indiana before moving to a quiet, rural community in Michigan where they bought their own farm.

Via RTÉ Archives: Jeanie Johnston Sets Sail For America in 2003

When their son grew up, he left the farm for Fergus Falls in Minnesota. Here, he worked as a barman in O'Brien’s Saloon and met his wife. Together, they settled down in Minneapolis and opened a successful liquor store.

According to the Kerry County Museum, passage to Quebec cost £3 10 shillings, which would be equal to around €2,700 today.

At the time, this was the most affordable way to reach North America and it made emigration more accessible. Though this was the cheapest fare, it still would have taken an unskilled labourer almost six months to earn this much money.

Kerry to Quebec was the Jeanie Johnston’s main route, but it also landed at New York and Baltimore too. In March 1849, passengers paid £4 4 shillings for passage to Baltimore.

Because passage to the US was significantly more expensive, usually, only skilled workers and farmers could afford the fare. That’s why the Jeanie Johnston’s passenger list for Baltimore included tailors, blacksmiths, coopers, carpenters and dressmakers. 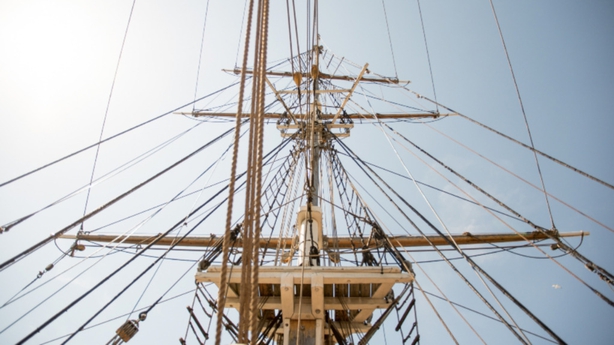 Zero were lives lost on board

During the Great Famine, around 1.5 million people left Ireland to start a new life in North America. But it is estimated that at least 100,000 of them died aboard the ‘coffin ships’ as they crossed the Atlantic Ocean.

However, the Jeanie Johnston never lost a single passenger or crew member.

By the time some ships docked in the New World, half their passengers had passed away. So how did the Jeanie Johnston manage to make 16 journeys with 2,500 passengers without losing a single life?

Simply put, it’s largely down to the care of Captain James Attridge who took steps to protect everyone on board.

Via RTÉ Archives: Nationwide - Jeanie Johnston to be rebuilt (1986)

Firstly, he didn't overload the ship. While the conditions below deck were extremely crowded, the Jeanie Johnston offered significantly better conditions than other famine ships. Captain Attridge also hired a capable and well-educated doctor to treat sick passengers and prevent outbreaks of diseases like cholera and typhus.

Passengers aboard the Jeanie Johnston also received some basic foods, like bread, porridge, tea and molasses. This didn’t happen on most other ships, but each passenger still needed to bring extra food, cooking utensils and bedding.

The Jeanie Johnston’s journey across the Atlantic took 47 days on average - and this would have felt like a very, very long time.

Passengers spent the journey below deck where they set up temporary living quarters. These would be cleared away at the end of the trip to make room for the timber that was being ferried back to Ireland.

Under the low ceiling, four passengers could expect to share a maximum of six square feet. But the real hardship occurred when the weather turned nasty.

The Jeanie Johnston usually set sail for Quebec in April and then again in August. But, if the sun failed, the ship’s hatches would close, cutting off light and ventilation for everyone below deck.

Being thrown around in stormy weather is a scary experience. But the stench of chamber pots and seasickness would have made the experience so much worse. 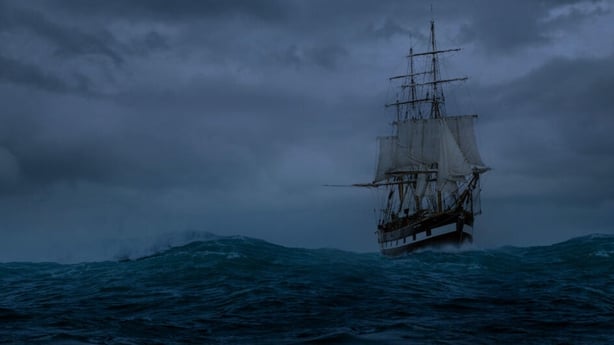 The crew clung to the sails for 9 days

The experience below deck was pretty bad, but getting stuck on the main deck could be worse.

By 1858, the Jeanie Johnston was no longer taking on passengers. It had been sold a few years earlier and was now used to transport cargo full-time. During a trip to Quebec with a full load of timber, the ship began to take on water.

According to the Jeanie Johnston Foundation, the crew had to climb onto the masts and tie themselves in as the ship slowly sank. After a rough nine days, a Dutch vessel called the Sophie Elizabeth came along and saved the entire crew.

Even as the Jeanie Johnston sank into the Atlantic, it managed to maintain its perfect safety record.

To honour the original Jeanie Johnston, a replica ship was built in 2002. After following its original route across the Atlantic, the ship docked at Dublin’s Custom House Quay. Today, it is home to a museum where visitors can learn about the emigrant experience.

Find out more about the Jeanie Johnston tour here, and about EPIC The Irish Emigration Museum here.