Producer Maria Moynihan Lee introduces The Playboy of The Western World - The Musical, a new twist on an Irish theatrical classic, coming to Dublin, Galway and Killarney this August.

This musical version of JM Synge’s classic play is re-imagined as a live radio radio show, broadcast in 1959.

The actors, play as radio actors throughout and frequently get 'carried away' by their performances, allowing for a strong comic element in the show, but they never diminish the lyrical beauty of the original text. 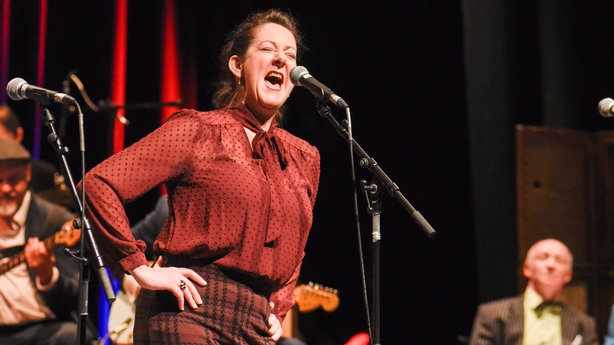 It was adapted by Diarmuid de Faoite & Justin McCarthy, and the original music has been composed by Justin McCarthy. This production is directed by Hillary Kavanagh.

The cast of 15 includes foley artists and a live band. The ‘travelling players’ perform the show outdoors under a tent in the style of a 1950’s theatrical fit-up. 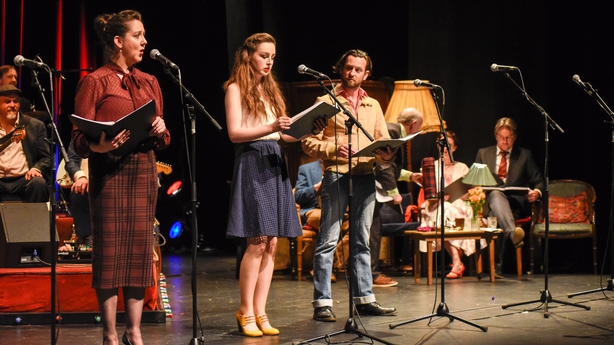 The music, all original, evolves through the last 50 years of popular music from country rock to gospel and heavy metal, but with two consistent factors:- all the lyrics are adaptations of the original text and the songs are all written with a simple thought experiment in mind - imagine if Bob Dylan was sitting at Pegeen's bar watching the action unfold, how would he write it?

The live band – the house band in Pegeen’s bar – is called The Stooks and features Charlie Foley, Cormac Dunne (from The Stunning), Jimmy Fitz and Justin McCarthy.

Each stage of the tour features a special musical guest cameo performance. At IMMA, the cast will be joined by Mundy and at Coole Park the special guest will be Andrias de Staic.

Two foley artists are responsible for all the sound effects, as you would expect from a radio drama. Their foley props include a wind machine, a half door, some old boots and a packet of cornflakes employed in some very unexpected ways. 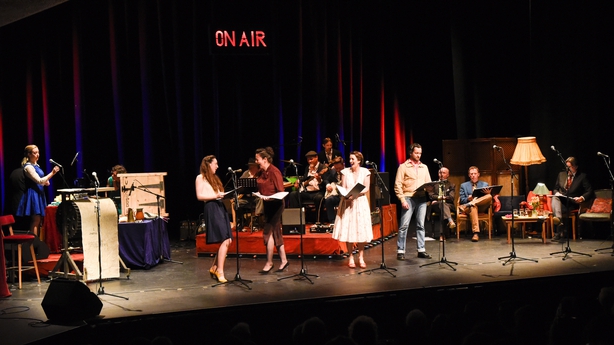 The show was first performed for RTÉ Drama on One. That production went on to win a PPI silver award and bronze award at the New York Festivals World’s Best Radio Program Awards.

The creative team then adapted the show for the stage and it has previously been performed in Galway’s Taibhdhearc and Town Hall theatres, as well as under a stretch tent in Salthill in summer 2020 and also in the Lime Tree Theatre in Limerick.

The show has retained as much of the original text as possible but the story ends with Pegeen, as an older woman, with a broken heart running a small bar in the west of Ireland - and still singing the blues.

The Playboy of The Western World - The Musical is at IMMA Dublin from August 5th-7th, Muckross House Killarney from August 19th-21st, and Coole Park, Gort, Galway from August 27th-28th find out more here.