We're delighted to present an extract from I Know I Saw Her, the new thriller from N.I. crime writer E.D. Thompson, published by Hachette Ireland.

Parnell Park is a quiet, suburban street where not much happens. Alice from number 25 observes the street's inhabitants – lives such as Kevin and Kim, the beautiful couple from across the road, as charmed as they are charming. Her own quiet life is hampered by private circumstance, but she craves more.

Then on a visit to London, Alice sees Kim on a passing train. But when she mentions it to Kevin on her return home, he insists that his wife is in the West of Ireland on holiday with friends. But she knows what she saw...

Kevin says I couldn't have, she’s at a friend’s, not even in the same country as I was when I thought I saw her.

I have just come twenty- five miles to County Armagh from Belfast International airport in a taxi. It is half past nine at night, but it is still light, and warm. I have come home. This is my house. Mine and Joe’s. And I don’t want to go inside.

I trundle my wheelie-case to the step, turn my key in the lock and step onto the coir mat, with a 'Welcome’ message printed on it that actually makes me bristle with bottled- up anger. The house smells nice, though – wood polish and something good in the oven.

There is a muffled answer from upstairs. Sounds like Joe is in the attic. I pick through the week’s post, which is resting in a casserole dish on the kitchen table, as I wait to hear him land safely on the upstairs floorboards and thud downstairs. Charity appeals, mainly. One from HMRC, which I’ll read properly tomorrow. A reminder from the optician, and supermarket bumph.

Joe appears in the kitchen doorway, in jeans, a t-shirt and bare feet. He is carrying an electric fan – that must be what he was hunting for in the attic.

‘Hi,’ I say, throwing down the post and opening my arms for a hug.

‘So, how was Kate?’ he asks, squeezing me tightly.

I thought I saw Kim Kennedy on the train in East Croydon station,’ I said. ‘I was on the platform and she was heading for Victoria. But I’ve just seen Kevin out watering his hanging baskets – he doesn’t seem like a hanging baskets kind of guy, does he? I wonder why he has them? – and he insisted Kim’s at a friend’s somewhere in County Galway, so I must have made a mistake.’

Joe shrugs and tops up my wine.

I didn’t make a mistake, though. I did see Kim Kennedy on that train. So either she isn’t telling Kevin the truth or he isn’t telling me. Not that I suppose it matters, and not that it’s remotely any of my business, but someone is definitely lying.

When the doorbell rings, I am in the front room, reading.

I hear Joe thud out of the kitchen and scurry upstairs, give him a moment and go to answer.

Two female officers, in uniform, albeit shirtsleeves, are on the doorstep.

‘Mrs Payne? Alice Payne? You spoke to someone this morning?’

I think of Joe, hiding upstairs.

‘Would it be all right if we talked in the garden?’ I say.

The women exchange a look, but the smaller one says,

As we walk round to the side gate, I notice their huge, heavy belts loaded with all sorts of gadgetry. How on earth could they ever run in those, I wonder, if called upon to pursue a suspect on foot?

Not used to guests in my garden, it only now dawns on me that there isn’t really anywhere to sit. There is my scruffy sun lounger and a wooden picnic table, but I could hardly expect the police officers to sprawl on one or throw their legs over the fixed seating of the other.

‘Mrs Payne,’ begins the other.

‘Ali, could you just tell us again where you believe you saw

She hasn’t taken out a notebook, I notice.

‘Yes, of course. I was standing on the platform at East Croydon train station. Mrs Kennedy was sitting by the window on a train coming from Gatwick airport, heading for Victoria.’

‘Which means it was on the Brighton Main Line, so it could just as easily have been coming from Brighton, or Haywards Heath or Redhill, or anywhere along that route. The passengers on board weren’t necessarily coming from the airport.’

They’ve been doing their homework.

‘And they could disembark at any one of a number of stations. They could have got off just up the road at Streatham, or at Balham or Clapham.’

‘Yes, I see what you mean. I’m reading too much into it, to assume she was definitely making her way off a flight and into the heart of London.’

‘Mrs Payne. Ali.’ The tall one again. ‘We have absolutely no reason to think that Mrs Kennedy has been the victim of a crime. We appreciate your concern, but we’re satisfied that there’s nothing to investigate here today.’

‘I’m sure you’re right,’ I say. ‘I knew I was probably being over-cautious, but I just thought I should let someone know. I did a first aid course at Easter, and the trainer told us, whatever the patient’s problem, bottom line, if you’re not happy, call an ambulance. I thought that was good advice.’ No need to elaborate. ‘And I wasn’t happy, not entirely, so I called you.’

The officers exchange another look. I think: if they’d already decided there was nothing in this, why on earth did they come and visit me, instead of simply phoning? Am I a little matter to tick off the list on their way back from a real job? Or perhaps I’m an excuse to escape a hot and sweaty office for half an hour and they’ll go for iced lollies for everyone now.

‘Well, no harm done,’ the tall one says.

‘Enjoy the sun,’ says the other.

They are almost back at their car when I run after them. Darius is leaning against my front gate, rolling a cigarette. I can’t figure out whether he is supposed to be in charge of the window-cleaning crew who service the street, or is a mere hanger-on. He never seems to do any actual cleaning, and he always looks a bit too well-dressed for the work, but he sometimes wears the money bag and he knows all our names.

‘All right, Alison?’ he greets me. Well, he sort of knows our names.

‘You’re off for the summer now.’

Darius smiles and lights his cigarette with a snazzy electronic lighter. He’s always pleasant to me, even though I cancelled all window-cleaning years ago and am immoveable in that regard.

But I must not let the police officers get away. They are climbing into their car. They are leaving.

I grab the passenger-side door and speak in. ‘It really was Kim Kennedy on that train,’ I insist. ‘I saw her, and she might even have seen me. She wasn’t in Galway. Not then, anyway.’

‘We appreciate your concern, Ali.’ This from the taller officer. ‘But, as we said, we’re satisfied there’s nothing suspicious to look into. 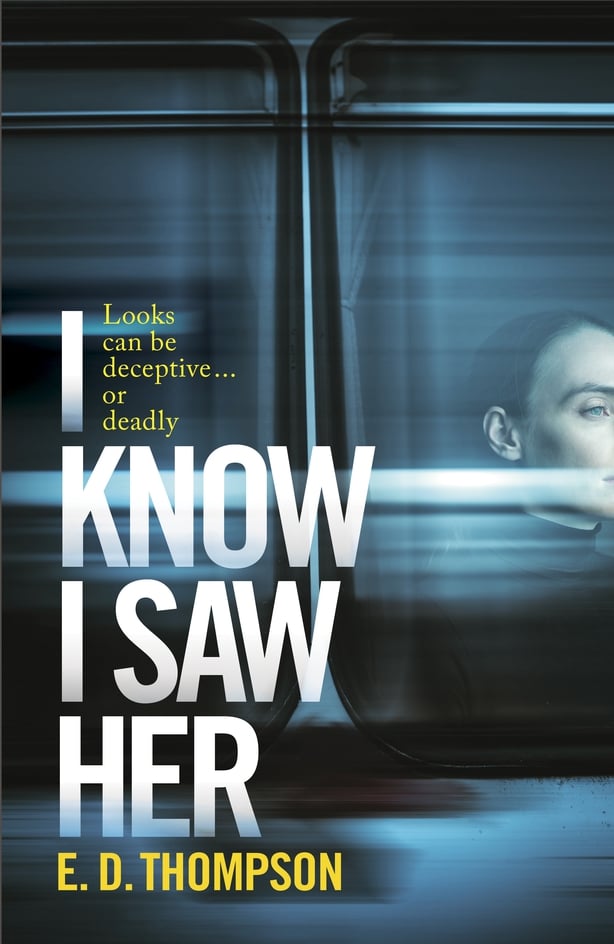 I Know I Saw Her by E.D. Thompson (published by Hachette Ireland) is out now. 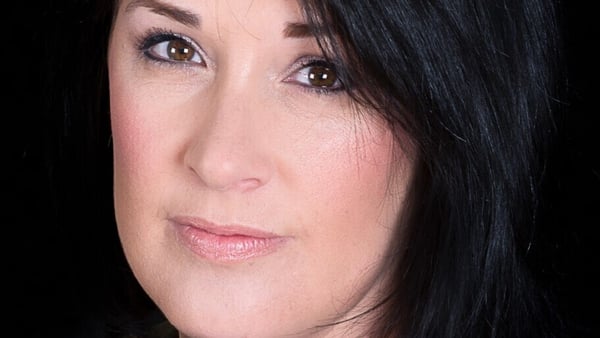 The Murder Box by Olivia Kiernan - read an extract