We're delighted to present an extract from The Troubles with Us, the new memoir by Alix O Neill, published by 4th Estate.

Warm, embarrassing and full of love and insight, The Troubles with Us is a hilarious and moving account of the madness and mundanities of life in Northern Ireland during the thirty-year conflict. It's a story of mothers and daughters, the fallout from things left unsaid and the lengths a girl will go to for fake tan...

It started with Santa. That was the first whopper in our family. The first I knew about anyway. Most parents have the courtesy to deal their children this devastating blow before they hit adolescence. Or they assume they'll figure it out for themselves.

I was never the kind of kid who figured stuff out.

Mummy should have realised this the day I came home from school, aged nine, and asked whether we were Catholics or Protestants. After five years of being educated by nuns in Belfast, a city where walls were literally built to separate the two.

Still, I have to hand it to the woman, she knew how to do Christmas. On 10 December every year, the day after my sister Toni’s birthday, out would come bowls of cinnamon-scented acorns, felt mice dressed as choristers and a hand-knitted tableau of snowmen representing each member of the family. Daddy’s been on at her for years to remove his snowman’s earring, a painful reminder of his Bono phase.

In the run-up to the big day, Toni and I would find letters from Santa on our bedroom windowsills. He’d praise, in my case, what few scholastic achievements had occurred that year and call out behavioural abnormalities:

You’ve been such a good girl this year and I’m pleased you’re doing well at school (though Sister Blanad has suggested you consider directing plays at break time and not during her maths lessons). However, I’m troubled to hear you’ve been making your sister wear a loincloth and taking her for walks around the area in a wheelbarrow. This is not on. Please stop, or I’ll have to put you on the Naughty List.

It was an effective disciplinary strategy. Any time Mummy invoked one of the Holy Trinity – Santa, the Tooth Fairy and the Easter Bunny – I’d ease up on the ritualistic humiliation of my younger sibling for a few weeks. It wasn’t just the threat of a Christmas without presents or a carob-free Easter (because what child doesn’t enjoy the caffeine-free and calcium-rich alternative to chocolate?) that kept me in line. You see, as long as Santa and his ilk existed, you got to be a child. You didn’t have to deal with grown-up faffs like work and lodging cheques and extracting cocktail sausages from the VHS player (Daddy’s yet to see the funny side) – and periods.

Watch: Alix O'Neill reads an extract from The Troubles With Us

When I was 11, Mummy gave me the lowdown on menstruation during the school run.

'Women have a monthly cycle. It’s perfectly natural, no need for a fuss. Come to me for sanitary towels. We don’t do tampons in this family – they can kill you. Have a great day, love!’

She couldn’t understand why people felt the need to talk about basic bodily functions, and so the ‘P’ word was banned in our house. This was odd, considering the colourful lexicon of profanities that frequently poured out of her mouth – ‘ass face’ and ‘dick features’ and ‘holy fuck’ and – a particular favourite – ‘their hole’s open’, to describe a person of pecuniary meanness.

The real injustice of adulthood, however, was getting old itself. Daddy’s mummy spent her retirement on the sofa, saying the rosary and watching daytime TV, while my maternal grandmother died before I was born. As I could see no advantages to the ageing process, I decided not to participate. When friends with older siblings who had cruelly relieved them of their childish notions attempted to enlighten me with the truth about Santa, I refused to listen. Sacrilege! Slander! A pox on your houses!

Yet the evidence was mounting. First, there was the Christmas Eve I caught Daddy putting together the toy petrol station I’d asked for (it was the nineties – oil was sexy). He told me he’d been in the bathroom and had heard a noise. When he went to investigate, he found a half-assembled gas pump by the tree. Assuming he’d scared off Santa, he decided to finish the job for him. The following year, I stumbled across a GeoSafari at the bottom of my uncle Tony’s wardrobe while examining his stack of Playboys. As it happened, the interactive educational toy was number one on my Christmas list.

The year I turn twelve the penny finally drops. Or rather, it’s hurled right between my eyes with spectacular force. I’m in my second year of an all-girls convent grammar school on the Falls Road. My classmates believe in many things: a united Ireland, a free Palestine and, despite the denouement of their relationship years earlier when she dumped him for Michael Hutchence, the enduring love between Kylie and Jason. They also believe that a man who invites you to sit on his lap and call him Father Christmas is asking for a kneecapping.

It’s a Monday in early December. Our form tutor asks us what we got up to over the weekend, so I fill my peers in on our day trip to Lapland. We flew out to Finland on the Saturday morning, went on a reindeer sleigh ride, met the elves, hung out with the big man and were back in time for Stars in Their Eyes. I await the sighs of envy. WHACK. A swift, sharp smack across the back of my head. The blow is administered by Aisling, the good-natured hard-ass everyone is keen to get on the right side of.

‘Are you wise in the head, wee girl? There is no Santa.’

She starts laughing, her gold hoops bouncing around her cheeks like planetary orbs. The rest of the class join in, but there’s no malice in Aisling’s teasing. Ever since our mothers met at the school gate on our first day and insisted we walk to assembly together, Aisling has had my back. While we aren’t exactly friends, she tolerates my eccentricities and has never threatened to beat me up after school. Which is always nice.

She shuffles towards me now and speaks softly. ‘Seriously, Alix, your ma and da buy you presents. Everyone knows that. Just ask them.’ 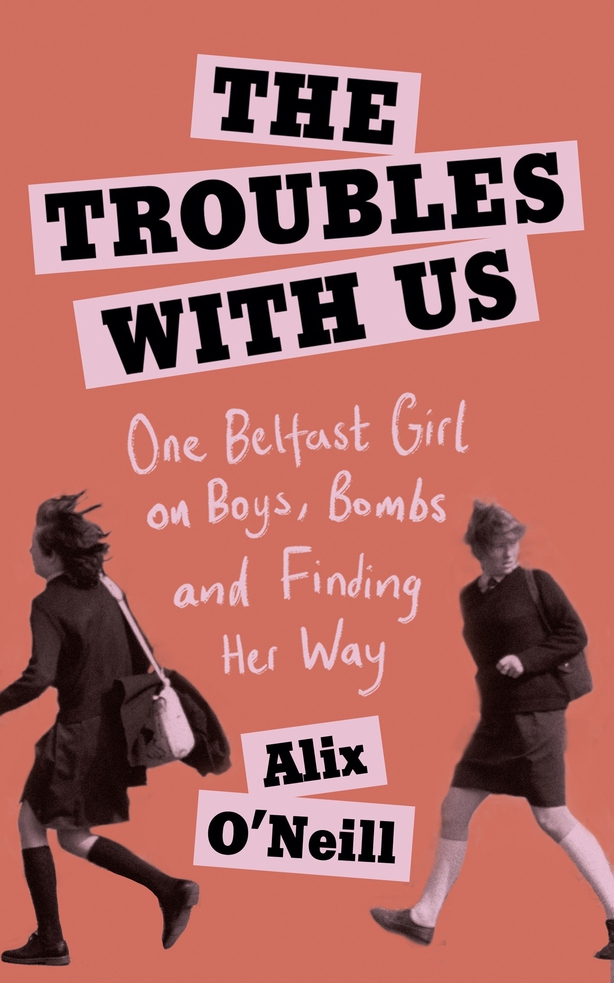 The Troubles with Us by Alix O Neill (published by 4th Estate) is out now. 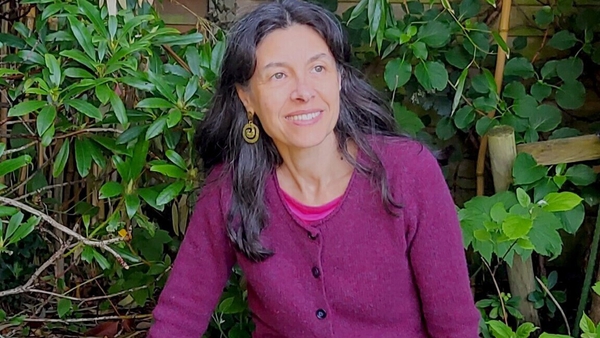 In The Dark by Anamaría Crowe Serrano - read an exclusive extract