August 1897: The Belgica set sail, eager to become the first scientific expedition to reach the white wilderness of the South Pole. But the ship soon became stuck fast in the ice of the Bellinghausen sea, condemning the ship's crew to overwintering in Antarctica and months of endless polar night. In the darkness, plagued by a mysterious illness, their minds ravaged by the sound of dozens of rats teeming in the hold, they descended into madness... In this epic tale, Julian Sancton unfolds a story of adventure gone horribly awry.

The Belgian Antarctic Expedition left Antwerp in August 1897 amid great fanfare, aboard a three-mast steam whaler called the Belgica. By February 1898, the ship was ploughing through the thickening pack ice of the Bellingshausen Sea. Nowhere near his original goal—the south magnetic pole—Commandant Adrien de Gerlache made the baffling decision to sail south, into the clutches of the ice. The Belgica was soon stuck fast and her men would become the first to suffer the cruelties of an Antarctic winter. After dipping below the horizon on May 17, the sun would not rise for months.

There was no such thing as a silent night. Those who lay awake in their bunks were tormented by the squeaks coming up through the floorboards. The only creatures seemingly unaffected by the oppression of obscurity were the rats. "It was as if the absence of the sun's indiscreet rays favored their amorous passions," wrote the expedition’s naturalist, Emil Racovitza, "and at each instant one could hear the indignant, piercing squeals of Mademoiselle Rat being embraced by an overeager gentleman." The Romanian’s sense of humor disguised a deep anxiety about the infestation. Rats are mostly nocturnal; darkness is their element. Since they’d embarked in Punta Arenas, the rodents had already produced several generations. After Nansen the cat lost interest in hunting, there was nothing to stop their proliferation. Their cries resounded across the ship and in the minds of the men trapped in the semiconscious limbo between wakefulness and sleep. It was as if the rats were scurrying through their brains.

Watch: Julian Sancton talks Madhouse at the End of the Earth

Henryk Arctowski, the oceanographer and geologist, was among the insomniacs. "Often . . . lying in my berth, I put my ear to the wall and listened to hear what was happening a long way off," the scientist wrote. If the pack was a living organism, the Belgica was its central nervous system, receiving signals of pain from miles around. The ice was particularly active in the last days of May. Although the surface temperature dropped down to double digits below zero, the sea was never colder than 28 degrees or so; the large temperature differential strained at the half-meter-thick ice from both sides, causing it to crack. The sounds that reached Arctowski’s ear through his wall were chilling: sometimes a resonant metallic clang, like a tightly wound spring suddenly snapping; sometimes something more organic, like the gurgling stomach of a ravenous beast.

Even more maddening were the deep, booming sounds of the terrible pressures convulsing the pack during this period. "We hear them coming from afar like the rumble of field artillery galloping towards us," wrote the captain, Georges Lecointe. The pressures, more violent than any the men had yet witnessed, squeezed the Belgica like a vise.

Had he looked out his cabin’s starboard window at the right time on May 28, de Gerlache would have seen the ice suddenly rip open, leaving a wide crack that ran parallel to the ship. The next day, May 29, the new crevasse clamped shut with tremendous force. Its two sides didn’t stop after they crashed together but continued grinding into each other relentlessly, forming a massive ridge, just as the collision of tectonic plates will give rise to a mountain range. It would have taken just a few minutes for the ridge to grow as high as the deck of the

ship. De Gerlache would have seen it form with his naked eye. Because the pressures moving in from starboard were greater than those resisting them, the ridge began advancing inexorably toward the ship.

In his cabin, the commandant listened powerlessly to the Belgica’s agony. She emitted long, baleful groans as her timbers bent and quivered when the ice threw sudden, vicious blows to her ribs, each one threatening to stave in the hull. Until now, the ice had been relatively tame. De Gerlache had been lulled into assuming that his gamble would pay off; that, being mostly unconstrained by land, the pack would be incapable of crushing the Belgica the way it had the Terror, the Erebus, and the Jeannette in the Arctic. But the sounds he was hearing now made it clear that the ice of the Bellingshausen Sea could be just as destructive.

The commandant watched the giant pressure ridge close in on the hull like a slow-moving tidal wave. Boulders of ice weighing as much as several tons each were pushed to its crest before rolling back down like pebbles. The Belgica had surprised de Gerlache with her resilience before, but this was different. It was not like sailing through a storm. He could not negotiate his way out of trouble. The ice would do what it would do. It didn’t care that there was a ship in the way.

Then, at half past ten on the morning of May 30, the creaking of wood and the roar of moving ice suddenly ceased. Out of the silence came, of all sounds, the peaceful babble of water. Looking over the side of the ship, the men saw something that gave them a start: a few centimeters of black between the hull and the ice. They followed it around the perimeter of the vessel and realized that, for the first time in months, the Belgica was floating freely.

But this was not escape, not nearly. Rather it was the prelude to a final attack. The ice was merely gathering strength, drawing back before ramming the hull with redoubled force. At eleven, the pressure ridge threw itself into the starboard bow, a brutal haymaker of ice. "We suddenly felt the whole ship shudder and move and there was a strange hissing noise," wrote the ship’s first mate, the Norwegian Roald Amundsen. "Now we would be able to see how strong our old ship was." 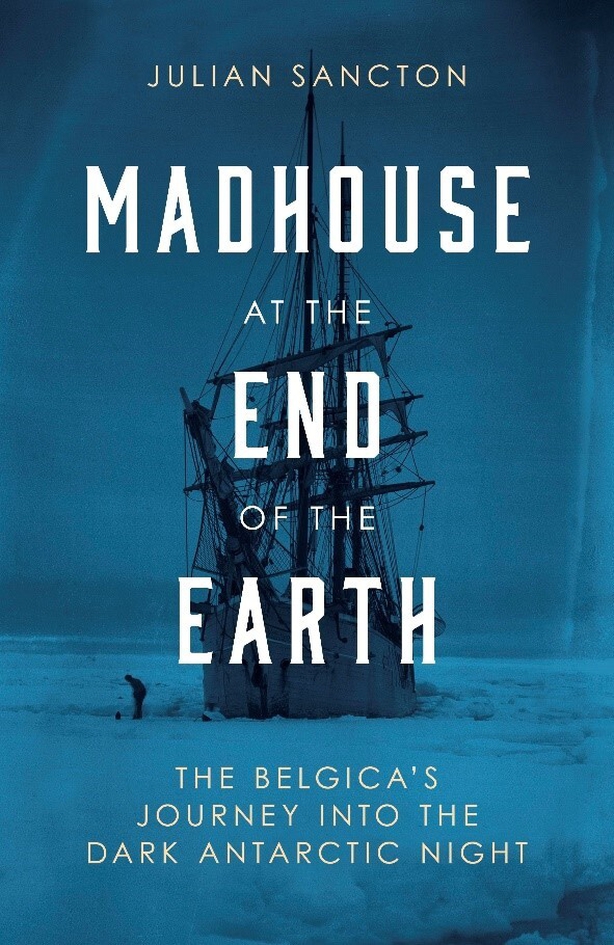 Madhouse at the End of the Earth by Julian Sancton is published by WH Allen, and available now. 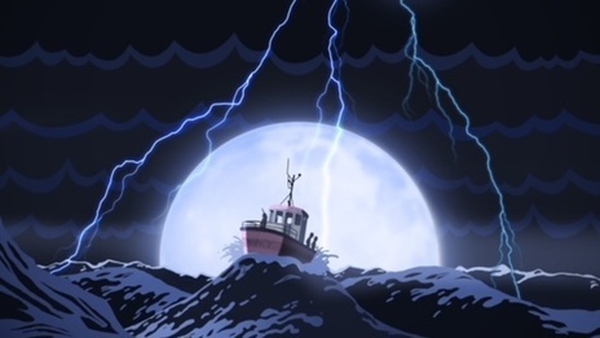 Children of the Revolution by Trevor J. Colgan - read an extract