We're delighted to present an extract from OK, Let's Do Your Stupid Idea, the acclaimed essay collection by Patrick Freyne, published by Sandycove and now available in paperback.

Patrick Freyne has tried a lot of stupid ideas in his life. Now, in his scintillating debut, he is here to tell you about them...

The Story of My Brother's Birth, Starring Me

The day my brother was born, I broke my wrist and got a lot of attention and then he went missing. It was quite a day.

My brother is still annoyed about me breaking my arm. 'Even on the day of my birth you stole the limelight,’ he says, in what, if you knew him, you’d know to be his customary whining manner.

‘I didn’t do it on purpose!’ I say, crossing my fingers behind my back.

I assume I didn’t do it on purpose. But to be honest with you, I have no idea what my thought process was at the time. I was a different man then – I was seven years old – and there were a lot of haphazard elements circulating the origins of my brother. He was what, in those days, people cheerfully called an ‘accident’.

Nowadays, children are often made to feel like their existence is God-decreed, destined by fate and foretold by mystical signs. Nowadays, telling a child that they are the result of a birth-control device failing would be considered potentially damaging to their self-esteem. In contrast, back in my day, it wasn’t unusual to name a child after the birth-control device that failed.

Anyway, I won’t talk too much about my brother’s conception. Unlike millennials who probably sit around with their parents watching videos of the event, we Generation Xers don’t typically dwell on it. However, I can tell you that I was on a school tour in Dublin with my class when my mother went into labour.

I don’t remember what the main event of the school trip was – possibly the zoo or the natural history museum, or just the joy of seeing three-storey buildings – but at some point we went on a lunch break to St Stephen’s Green. That’s when I decided to climb up the slidey part of a slide rather than using the ladder. I believe I was the first person ever to do this. Nowadays, talent spotters would probably note my disruptive abilities and give me a business grant and a subsidized office in a digital hub. Unfortunately, like many innovators, I flew too close to the sun and thus became a cautionary tale of incorrect slide use. ‘Your uncle Patrick broke his arm by doing that,’ my mother says regularly to her grandchildren. (They usually ask about the nature of the break and whether you could see the bone, because children are monsters.)

What my mother says is true. As I approached the top of the slide, a smaller-minded but larger-bodied boy decided to slide down the so-called ‘correct’ way, thus knocking me a) up into the air, b) on to the concrete surface below and c) into the story of my brother’s birth.

This was a time before council authorities invested in soft playground surfaces. Back then, it was believed that any injuries earned by children while misusing the facilities were good enough for them.

In fact, I’m pretty sure departmental documents on play- ground safety statistics in 1981 had titles like ‘Good Enough for Them’, ‘Fourteen Brats Who Got Their Comeuppance’ and ‘That’ll Put a Halt to Their Gallop’.

So my right wrist cracked and my chin was split open, spraying blood everywhere. I did not accept my fate stoically and I proceeded to cry and wail.

‘Yes, that’s definitely broken,’ observed a passing business-man, who, while not necessarily the greatest mind of his generation, was still on hand to mansplain childhood injuries to my panicking teacher and to help her hail a taxi to hospital. My mother was now in labour, so my father was forced to spend the next twenty-four hours rushing from her side to mine. He proceeded to take charge. My dad is good at taking charge, but these events must have been a challenge even for him.

After my broken bone was put back in place and X-rayed, for example, the doctor said, ‘Well, it’s not perfect. Do you want it perfect?’

To which my father said, ‘Of course I fucking want it perfect.’

So, eventually my arm would have to be rebroken and set again, which is probably why I can type this.

Over in the maternity hospital, my brother had been born. But during one of my father’s visits to my bedside, he disappeared. Why he disappeared is a mystery, but I’ve often thought he did it on purpose in order to reclaim the attention being lavished upon me. Frankly, who knows what was going through his infant mind.

His absence initially went unnoticed until my mother, in a ward filled with women not yet ready to give birth, asked to see her new baby, whom she had met only briefly several hours before.

‘You haven’t had a baby!’ said the ward sister with a pitying voice. ‘None of the women here have had babies yet.’

In 1980s Ireland, if a nurse or a nun told you that you didn’t have a baby, it was usually considered better to just go with it, so I’m sure my mother was tempted to do just that. But to her credit, she didn’t let it lie and decided to ask for her baby once more.*

So insistent was she that she had definitely recently given birth to a baby that some genius decided to look under the blankets. They pressed on my mother’s stomach and concluded that she had indeed given birth and that she was in the wrong ward, so they quickly brought her to the nearest post-natal ward, where, they assured her, they would find her baby.

It was a smoking ward, so the idyllic sight of all those new mothers breastfeeding with fags in their mouths must have had her gasping for both a baby and a cigarette (she insists on pointing out that she didn’t smoke, so she was just gasping for the baby). Sadly, her baby was not in this ward either.

‘Where is your baby?’ the ward nurse asked then. She did so in an accusing fashion, as though my mother had stashed it somewhere as a hilarious prank, and that’s when, amid the stench of fags and baby puke, my mother started to cry.

The nurses quickly left her side to, presumably, panic, search for unclaimed babies and update their CVs. There had recently been a case in which a baby had been abducted from a maternity hospital before being found, unharmed, on the Holyhead–London train. This was fresh in everyone’s mind.

So my mother lay there getting increasingly upset until eventually my father arrived back with me in tow and railed profanely at the staff until I’m pretty certain my mother wasn’t the only person in the ward crying.

And then something happened. A baby was produced.

My father is a very practical man with an eye for a bargain, so if the doctor had offered him a better baby, I’m sure he’d have rolled with it.

What the nurse actually said to my parents when she wheeled a generic infant into the ward was: ‘Is this your baby?’

This is a difficult question for even the most loving of parents, because, as my mother points out, all newborn babies look exactly the same; he didn’t have any facial tattoos or a moustache, and, as I said, she had only met him briefly a few hours before.

‘I guess so?’ said my parents.

And so they got a baby.

*It’s amazing what you can turn into a ‘funny story’. In reality, this must have been absolutely terrifying for my mother. In Ireland in the 1980s, state- funded Catholic institutions were literally trading in the babies of poor women and their hierarchies were not to be questioned. 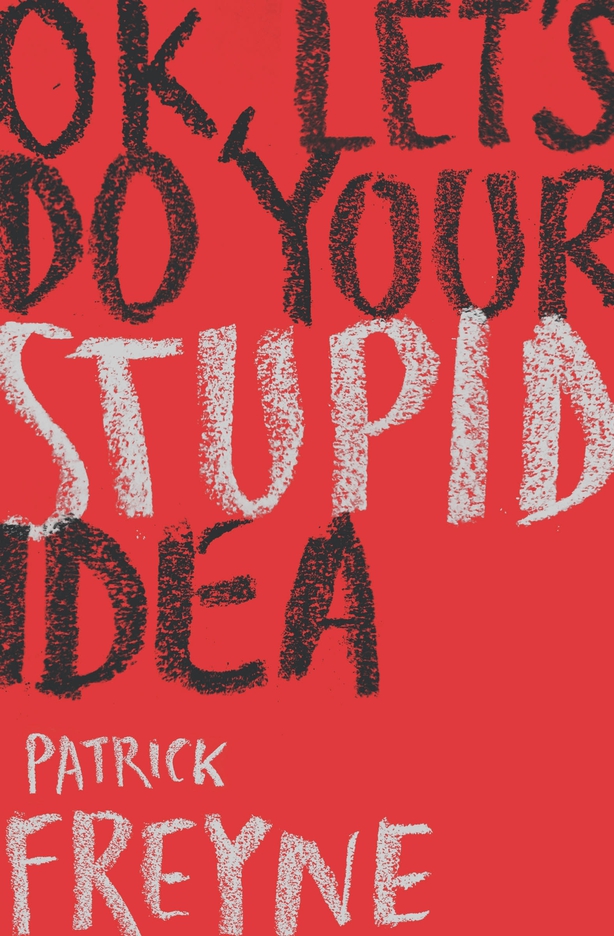 OK, Let's Do Your Stupid Idea by Patrick Freyne (published by Sandycove) is available in paperback now. 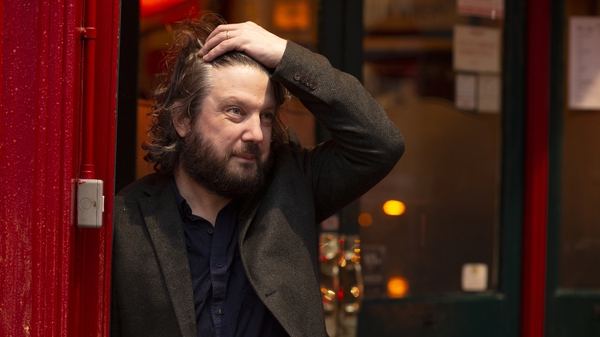