We're delighted to present an extract from A Short Hopeful Guide to Climate Change, the new book by author and illustrator Oisín McGann.

It's a story about our civilisation and our environment, about wildfires and glaciers, war and wilderness. It’s about tiny ocean creatures, giant machines, and teenagers protesting on city streets. It’s about climate change, and the millions of people who are already taking action to do something about it.

This is an invitation to join in.

Civilisation has given us so much, it's easy to forget that we are still animals. We need to breathe, drink water and eat. We need physical comfort, safety and shelter. We need to reproduce and raise our young. We need a safe way to dispose of our bodily waste. These have always been our most important challenges, and they were the first problems that civilisation tackled and learned how to solve, so now most of us tend to take the solutions for granted. If you want a drink of water, you can turn on a tap. Food comes to a shop near you; you don’t have to go and harvest it or hunt and kill it yourself. Need to pee or poo? There’s a flush toilet for that.

However, these extraordinary benefits came at a price. We had to burn a mind-boggling amount of the Earth’s surface to get where we are today.

We need fuel and oxygen to make fire. All the things we burn on a large scale for fuel – wood, turf, coal, gas, oil – started off as living matter, mostly plant matter. Some fuel can be produced in a few years, like wood, but others, like coal or oil, can take millions of years to form naturally. Living matter contains a lot of carbon, and when it’s burned the carbon is released into the air as carbon dioxide. The same farming that enabled us to create civilisation also marked the time when we started setting fire to things in a big way. Up until then, we hadn’t messed with the natural cycles that created and maintained the connection between us, our atmosphere and the oceans. That was about to change.

If there’s one activity that truly demonstrates humans’ rather short-term attitude to nature, it’s slash-and-burn farming.

Slash-and-burn does exactly what it says on the tin. You cut down a section of forest, let the fallen wood and vegetation dry out, and then set fire to it. The ash fertilises the soil and you plant your crops in it. But that fertile earth doesn’t last. After a few years, the nutrients in the soil are used up because you’re taking away everything that’s grown in it, and nothing’s going back in. So you have to move on to another section of forest, creating another spread of fields. Used on a large scale, it destroys trees, which never get replaced, and creates huge swathes of land that end up useless for farming and not much good for wild vegetation either – or the creatures who depend on it. Not only were we destroying trees, but we were also killing much of the life that lived in the trees, everything from insects to large mammals, including other apes. 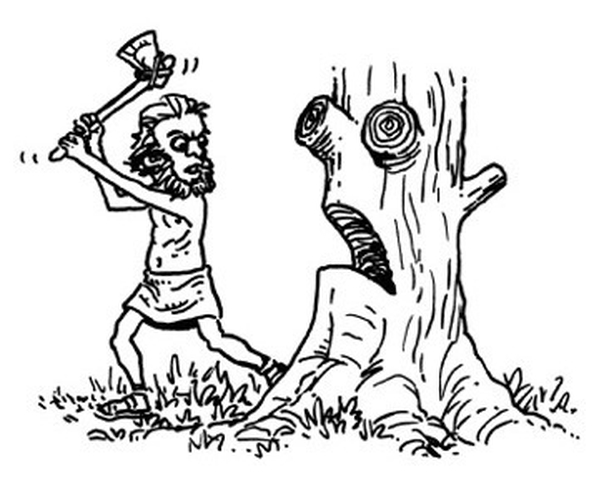 Back in the early days of farming, we could at least blame this attitude on pure ignorance. We just didn’t know any better. The world felt enormous, and it was inconceivable that mere animals could ever do anything to have a permanent effect on it. Even when we started cutting down large areas of forest to make way for farmland, it was slow and painstaking, and felt like nothing more than clearing a dot on a vast landscape.

Slash-and-burn can be made to work on a small scale, when used responsibly, where fields are left to recover after harvests; but the widespread burning of trees was the first wound we cut into the Earth. As well as the destruction it caused on the surface, slash-and- burn released masses of carbon dioxide into the air, and because there were no new trees planted to balance it out by absorbing carbon from the air, we were, for the first time, interfering with the complex cycle of life, earth and ocean that maintained our atmosphere. And though these were still only small injuries, ten thousand years ago, we were already starting to damage our planet faster than it could heal.

And the smarter we got, the more damage we did.

Ten or fifteen thousand years feels like a very long time in human terms. We’ve certainly got a lot done over that period. To a planet a few billion years old, however, it’s a brief moment. Imagine going to bed with a full head of hair, and then waking in the morning to discover half of it has fallen out because of some hyperactive parasites on your scalp. Imagine it keeps falling out through the rest of the day, until there’s none left; you’re completely bald by the time evening falls. Every time you blink, the parasites have changed something about you.

That’s what we’re doing to our planet. For us, it has been thousands of years of building a civilisation; for the Earth, it’s been one really bad day.

Humans were lucky we came along when we did. We could not survive on Earth today without the billions of years’ worth of life that came before us. That’s a lot of life that had to happen first. As organisms in the sea, as well as the forests and other vegetation, lived and died and rotted and gave themselves to new life, layer after layer over thousands of centuries, this dead matter created the soil we rely on for growing our food. This early plant life also clung onto much of the carbon it had absorbed from the air, holding it close as it settled over time into deep layers across the earth.

As our hunger for fuel grew, we found new kinds, some of which burned longer and gave off more heat than wood. Peat (which we often call turf in Ireland) formed in wetlands over thousands of years. Dried out, it was a potent, convenient fuel, and anyone who knew how could just dig it out and cut it up. If you were lucky enough to live near a bog, you could literally burn the ground. Even as forests were thinning out, as they were cut down for fuel and building materials, the peat bogs continued to provide.

A Short Hopeful Guide to Climate Change by Oisin McCann is out now - find out more here. 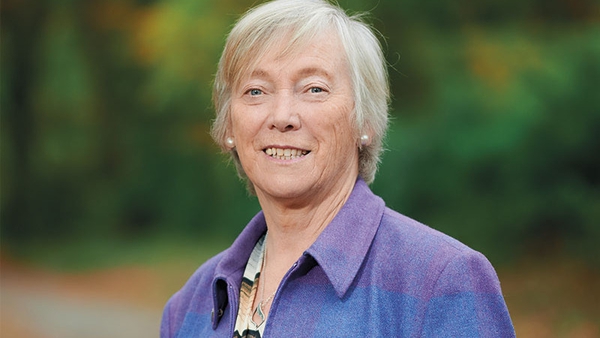