We're delighted to present an extract from The Killing Kind, the new thriller by acclaimed author Jane Casey, published by Harper Collins.

As a barrister, Ingrid Lewis is used to dealing with tricky clients, but no one has ever come close to John Webster. After defending Webster against a stalking charge, he then turned on Ingrid - following her, ruining her relationship, even destroying her home. He tells you he wants to protect you... Now, Ingrid believes she has finally escaped his clutches. But when one of her colleagues is run down on a busy London road, Ingrid is sure she was the intended victim. And then Webster shows up at her door... But can you believe him?

I think about death a lot; it's my job. Specifically, I think about how death happens. About the truth of it, or the lie. About when you can be absolutely certain, and when the edges are blurred, and what gets lost to memory or misunderstanding.

I think about my job, which is to take the facts of a case and arrange them into a story – without elaborating or exaggerating – and how that story must convince the jury to believe my version of events. I am very convincing. I tell a good story.

But I have to think hard about where to start with this story, because the beginning isn’t the accident, even though it seemed that way to me. The wolf was already at my heels, planning his next move as I walked, oblivious, through the forest.

He had waited for a long time, and now he was ready.

The Old Bailey was one of the few courts that still had separate robing rooms for male and female counsel, and the female robing room was a safe place in every way. I closed the door behind me and scanned the room for people I knew, recognising a couple of barristers I’d been up against before. A young woman in the corner was one of the pupils from my chambers. At present her face was as white as the sheet of paper that vibrated in her hands. First-timer nerves, I diagnosed, and smiled at her. She managed a watery sort of smile in return.

I needed to change into court dress myself: it was deeply traditional and not particularly practical. I fastened the starched bands around my neck, then drew a billowing black gown over my staid black suit and white shirt. The finishing touch was the horsehair wig that demanded neat hair underneath it so that all anyone could see was a hint of pale gold under the rough grey curls. I had inherited fair hair from my Danish father, Jens Villemand, along with grey-blue eyes, but my cheekbones, arched eyebrows and surname all belonged to my mother. I had taken her name after they divorced, from a sense of loyalty, and because it made life simpler since I lived with her.

I was concentrating on pinning my hair back in a tight bun, my mouth full of hairpins, when a woman rushed into the robing room, moving fast despite terrifyingly high heels. Belinda Grey, one of the sharpest women I’d ever met, thirty-five and well on her way to a dazzling career. I’d been her junior on a rape trial four years earlier and it had been both terrifying and exhilarating. It was a small world and I ran into her often enough that we were edging towards friendship, though I was always going to hero-worship her. She was whippet-thin and glamorous, with a glossy sheen of wealth and confidence. Her suit was fitted to her body as if it had been made for her, which was actually a possibility. I opted for flats so I could get places quickly, and work clothes that verged on dowdiness they were so plain. I didn’t like attracting attention any more. Belinda positively revelled in it.

She was on the phone, as usual.

'No, he needs his sports kit for Playball. After school.’ A note of irritation. ‘The forecast is for the rain to stop by lunchtime so — I did write it on the fridge, actually, Michael, so if you didn’t see it—’ She broke off to wave at me and mouth hello. I smiled back. ‘Well, it was there. Yes, it was. Did you even check? Did you—’ She looked at her phone and shook her head. ‘He’s gone. Hung up on me.’

‘Fed up. We’re between nannies and he’s using up his annual leave being a house husband.’

‘He’s terrible at it. Archie is running rings around him, as only a five-year-old can. And meanwhile the world of advertising seems to be surviving without Michael.’

‘Well, exactly. You’d think they’d pretend to miss him, just to be kind.’ She checked her watch. ‘Of course I’m supposed to be in two places at once. The judge insisted I had to come

along today for this hearing which is mainly so he can give me a bollocking, even though I’ve got a conference in chambers at eleven. And this rain. I’ll look like something the cat threw up if it hasn’t stopped.’

I knew her chambers – Garter Buildings – was at least a ten-minute walk from the Old Bailey, because it was right opposite mine. ‘No umbrella?’

‘I couldn’t find it before I left.’ She rolled her eyes. ‘The cleaner quit last week, and good riddance because I’m sure she deliberately broke things when she was pissed off with us, which was all the fucking time. Anyway, the house is total, utter chaos. I’m amazed I managed to find matching shoes.’

I finished stabbing pins into the ball of hair that was coiled at the back of my neck. ‘You can have my umbrella if you like.’

Her eyes lit up for an instant but then she shook her head. ‘I couldn’t.’

‘Take it. I don’t have anywhere important to be and my hearing isn’t for a while. But if you’re wrong about the forecast, I won’t be happy.’

‘Ingrid, you star.’ She picked up the umbrella. ‘I won’t forget this.’

I had no illusions; she would still take every opportunity to kneecap me if we were on opposing sides in a trial. However, it couldn’t do any harm to have someone like Belinda Grey on my side. And I liked her, despite her acid tongue and terrifying reputation and staggeringly high turnover of domestic staff.

Belinda had moved on and I turned back to my reflection, checking the details: my hair was smooth and neat. My make-up was enough to make the best of the hollow hangover eyes that had greeted me that morning, but no more than that. My bands were sitting flat, my gown was immaculate, and not too much white shirt was showing. I took a deep breath and let it out slowly. The hearing was straightforward, as I’d said, but there was always a flutter of nervous energy in my stomach before I went into court. You couldn’t take anything for granted, and the day you did was the day it would all go wrong.

There was no sign of Belinda or my umbrella when I got back to the robing room, but the rain had stopped. My hearing had gone well and Niall Hyde had been pleased enough to clap me on the shoulder afterwards.

The last traces of my hangover had even disappeared in the glow of satisfaction. There was a definite spring in my step as I bowled out of the court building, or tried to. The elderly security guard was leaning through the door, eyeing the traffic that was nose-to-tail up the street.

‘Accident down on Ludgate Circus. Pedestrian went under a lorry.’

‘I should think it was fatal. Happened a while ago and the traffic has been like this ever since. Backed up all the way to Holborn and Aldwych, from what I’ve heard.’

I shuddered. ‘I never take a risk with crossing that road.’

‘No, you wouldn’t want to. Happens every year. Don’t expect the rain helped.’ He shook his head, his eyes watering. ‘Everyone in too much of a hurry these days, that’s what it is.’

I nodded, not having much to add to that and being in a hurry myself because I had a case to prepare for the following day. I set off past the stalled traffic, thinking about work as I emerged from Old Bailey onto Ludgate Hill. I spared a glance for the imposing portico of Wren’s cathedral, because what was the point of living in London if you couldn’t nod to the classical grandeur of St Paul’s when you passed it. Then I headed down towards Ludgate Circus at a brisk pace, calculating the detour I would need to make if it was still closed off. There was a crowd of onlookers massed on the pavement. Because of the steep hill, I had a grandstand view of the lorry stopped in the middle of the intersection, and the tent that was propped up against the front of it hiding God knows what. I had prosecuted a death by

dangerous driving once, and had learned enough about processing the scene to be able to understand what was going on. There was a cordon manned by grim-faced City of London police that extended around the entire junction and officers in fluorescent jackets were engaged in measuring distances and taking photographs. Circles of spray paint indicated where pieces of evidence had landed across the carriageway. A fatal accident, as the security guard had thought. Someone wouldn’t be going home that night. They would never be home again.

Reality was doing a good job of obliterating my good mood. I skirted the cordon, making for Blackfriars where I would be able to cross—

A circle of paint had caught my attention, in spite of myself. It was maybe twenty feet in front of the truck, in the middle of the road. It was sprayed around a shoe that had fallen on its side. The patent leather was cloudy with scratches, but it was still recognisably the same shoe that Belinda had been wearing earlier. High heel. Pointed toe. 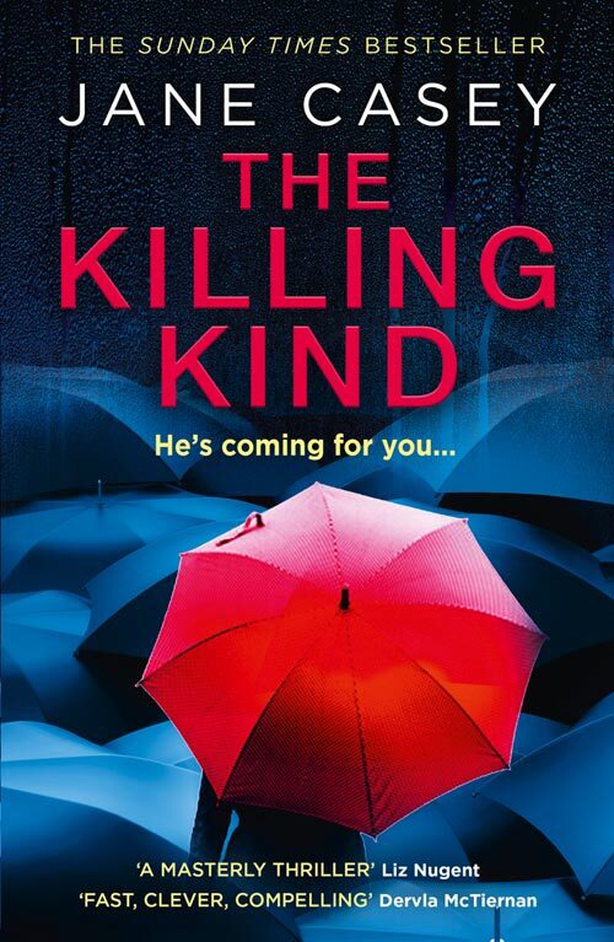 The Killing Kind by Jane Casey (published by Harper Collins) is out now. 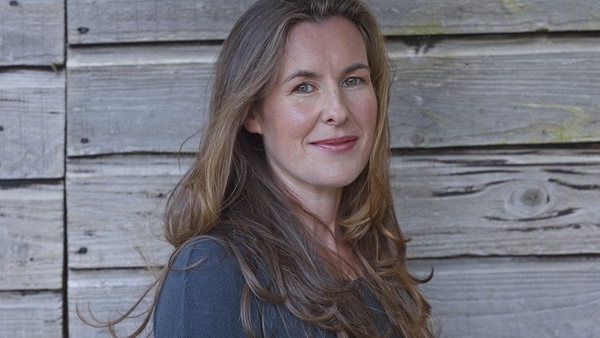