Take 14 minutes to watch Natasa Paulberg's new piece Atomic Hope, "exploring the component parts of the atom as a metaphor of our current human experience", with a new interpretative illustration by visual artist James Keane specially commissioned by the RTÉ Concert Orchestra. Watch above...

Recorded remotely at home by the musicians of the orchestra, this unique collaboration received its world premiere on Saturday 24 April as part of New Music Dublin.

This is the second time the RTE CO has worked with Paulberg, having recorded her soundtrack to the TV documentary The Great Hunger in 2020. 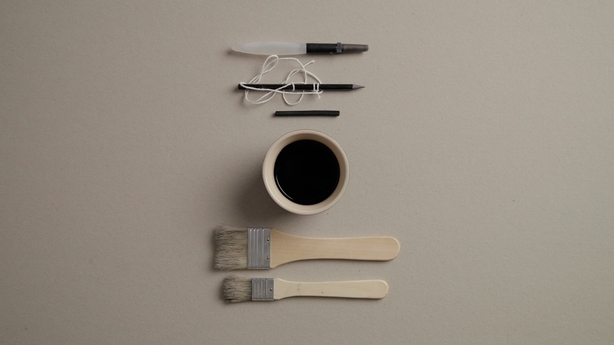 Atomic Hope contains four movements which symbolically associate the structure of the atom and our current human experience. Humankind, like the atom, is composed of many unique parts that on coming together create a greater whole. The first movement describes the busyness of life and industry through interweaving lines of rhythmic complexity building into a dense texture.

Progressing to the second movement the experience of community, family and the interconnectedness of people is represented. This all comes to a sudden halt in movement three where we find ourselves separated, alone in a sparseness that teeters on despair and isolation. From this sense of inertia emerge isolated parts, disjointed initially that slowly merge to again become a whole – different from before, but again as one, an atomic hope.