We're delighted to presented an extract from Our Wild World - From the birds and bees to our boglands and the ice caps by environmentalist and broadcaster Eanna Ní Lamhna, published by The O'Brien Press.

Ireland's favourite force of nature, Éanna Ní Lamhna, is on a mission to open our hearts and minds to our wonderful, wild world – to help us find the balance between our needs and the future of our precious planet.

Why do they go and, more importantly, why do they come back?

Migration – the great global movement from north to south and back again – happens every year and lifts our hearts. The first swallow is the sign that summer is on the way. The first call of the cuckoo has inspired poets from the last of the wandering Irish bards, Raifteirí, an file, in English, Raftery, the poet (as he is known after the first line of one of his poems), to William Wordsworth. Raftery’s poem in 1800 begins 'Fáilte don éan is binne ar chraoibh’ – Welcome to the sweetest-sounding bird on the branch, while Wordsworth wonders ‘Oh cuckoo! Shall I call thee Bird or but a wandering Voice?’ The return of the stork every year to the large chimney nests in continental Europe – bearing newborn babies to happy families – is the stuff of legends. But not all birds migrate, only some do. Why? Where do they go and, even more importantly, why do they come back?

In Ireland, we have several different bird migrations. The most familiar one is the return of birds from warmer climes to breed here in summer. The swallow is the one everyone knows, but similarly designed birds include the house martin, the sand martin and the swift. These are all magnificent fliers and aerial feeders. They fly around like little hoovers with wide open gapes, collecting the insects in the sky as food. They share the aerial space between them, swallows lowest, house martins above that and the swifts in the higher section of all, while the sand martins patrol the skies nearest to their nests, which they make in tunnels on exposed sandbank faces.

Listen: Éanna Ní Lamhna tells us how we can make Ireland more friendly for birds, via RTÉ Radio 1

The swallows are the first to arrive. They always return to the parish where they were born – as ringing by bird experts has proved. They nest indoors in farmers’ sheds and barns, which has given rise to their name – barn swallows – in other countries which boast of more than one swallow species. They return to the same barn, and the same nest, which they repair with mud, collected from wet muddy patches around. They can raise two or even three broods over the summer, feeding them with balls of flies, which they accumulate in their aerial sorties.

The other one – the house martin – is familiar to us as well. In fact, lots of people don’t realise that there are two different species – the swallow, which always nests indoors, and the house martin, which sticks its mud nest to the wall of the house, beneath the apex or just under the eaves above the door. This is not a favourite site for the householders who can be festooned with droppings from the birds above if they emerge from the house at the wrong time. These house martins also return to the same sites year after year and often build nests beside each other – colonial living. To identify the house martin look for the shorter forked tail and the very obvious white back just above the tail, easy to spot as the bird flies.

Our third visitor in this category is the swift – the last to come and the first to leave. Swifts are always with us by 15 May and are gone by 15 August – well in Dublin anyway round where I live. On a bright May evening when you are outdoors enjoying the sunshine, particularly in towns and cities, you suddenly hear the shriek that you haven’t heard for almost a year and look up and there it is. The scimitar-winged, fast-flying swift, quartering the sky above. Final proof that summer is here. Swifts are absolute masters of flight. So much so that they are completely at home in the air. They get all their food there. They even sleep there. Not like us with our requirement for eight hours of sleep per night – no, if they did that they would fall down. They sleep in a different way, high up on the thermals that keep them aloft, for seconds at a time. One half of the brain sleeps while the other half remains awake. 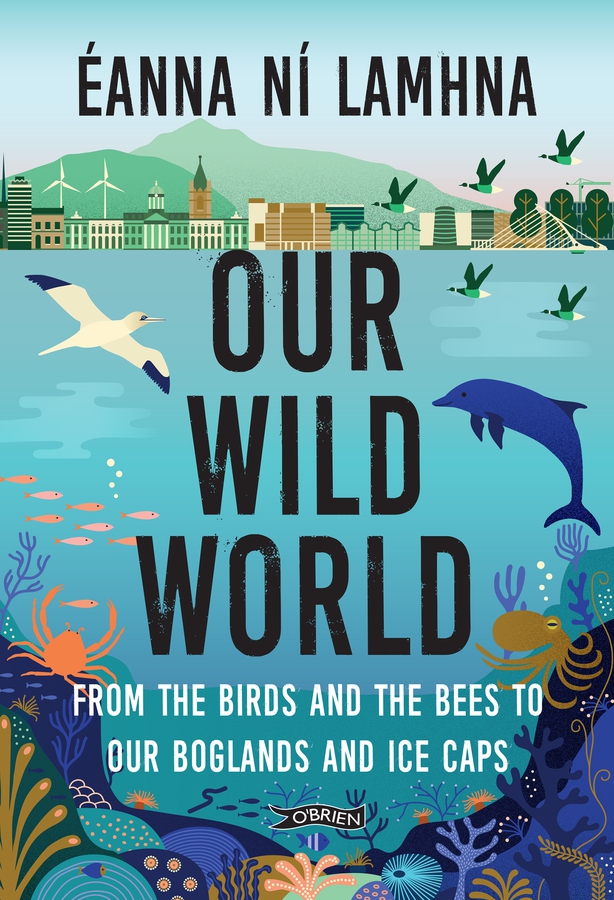 They can even mate on the wing too. In fact, the only thing they can’t do in the air is lay an egg. Well, they probably could, but that wouldn’t help the survival of swift populations. They need to lay their egg in a secure place and sit on it to hatch it out, like any sensible bird. They are four years of age before they do this, and as they have never been down from the skies their leg muscles are weak, and they cannot walk. Were they to land on the ground, it would be curtains for them; they couldn’t ever take off again. So, they seek space in eaves and soffits where they can swoop in from flight, land and lay their egg. Then they shuffle to the edge again and launch themselves into the air from that height. So, no nest building. How could they gather material? Maybe a few of their own feathers, but that’s it. It takes about twenty days to incubate the eggs and then five more weeks feeding the young with flies collected from the air before it can leave the nest and fly too.

We have other summer visitors as well – cuckoos, corncrakes, wheatears, flycatchers, chiffchaffs – all of which come here to breed. What they all have in common is a dependence on the great supply of insects that are available to feed the young that they produce during their breeding summer. Once the days begin to shorten they can detect the lessening daylight hours, and they fatten up and fly off to where the supplies of insect food are again guaranteed.

Where do they go and how do they find the way? In the main, the young birds fly with their parents, who have made the journey already and know the way. But where do they go? This was always a mystery to people long ago. It was said that swallows dived down to the bottom of ponds and remained there in suspended animation until early summer arrived again and they rose from the watery depths. But, thanks to the efforts of our bird ringers, we now know that this is not so. Swallows make the long journey across the equator to South Africa, where it is summer during our winter, and they can continue their aerial feeding in the summer skies there. They have learned the route from the generations of swallows before them, whom they accompany on their first journey southward and then they, in turn, remember how to navigate it.

From Our Wild World - From the birds and bees to our boglands and the ice caps by Eanna Ní Lamhna (published by The O'Brien Press) is out now. Watch: The Language of the Birds, a poem for the times we live in