On a cold, damp evening in October 1897, dozens of Irish expats finished their work, donned their coats and left their offices. They headed toward London's West End, passing elegant Georgian townhouses and towering university buildings.

Their destination? Bloomsbury Hall near the British Museum - a new hotspot for intellectuals and artists. The hall usually held lectures and theatrical productions. But, this evening, it was hosting the first official ceili.

The London Branch of the Gaelic League, which aimed to promote the Irish language, wanted to provide its members with an opportunity to socialise and speak their native tongue.

According to the Irish Traditional Music Archive, it was inspired by events held by the Scottish Gaelic Society in London. These were called 'ceilithe’, so the Gaelic League coined the term ‘ceili’ for its own events.

But this first ceili wasn’t as you might imagine it. What unfolded was more like a concert. Scottish and Welsh singers performed on stage, with speeches taking place between songs. Then, when the social dancing finally began, it wasn’t all that Irish.

One of the men in attendance explained how the journalists, civil servants and other white-collar workers that were members of the Gaelic League had a limited knowledge of Irish dancing. So as Fitzgerald’s Band played Irish airs, punctuated with rhythmic uilleann pipes, the men and women performed waltzes, quadrilles and two-steps - along with a simple double jig.

Once a week, the Gaelic League got together to practice their dance steps. Before long, they began formal classes by hiring a professional teacher and a large room at the Bijou Theatre in Central London.

Patrick Reidy, a Hackney-based dance master who was originally from Castleisland in Kerry, began to teach the group. His father was a master too so he was familiar with pre-famine dances. He confirmed that group dances, other than quadrilles, had once been part of the Irish tradition.

The self-titled ‘Professor Reidy’ introduced the members to new step dances and group dances. He began by introducing The Siege of Ennis and The Walls of Limerick, which are still known today because of his later contributions to the Gaelic League’s publication of A Handbook of Irish Dances.

But, prior to this, Ireland already had a culture of holding dances. In larger cities and towns, they took place in halls and venues. But in rural areas, they were held in houses or at crossroads. Here, dances could be annual events or impromptu get-togethers and they provided one of the few forms of entertainment available in the countryside.

Ordinary people weren’t up to speed with the newly revived dances of the Gaelic League, so they continued to dance ballroom-style quadrille sets to Irish tunes. They speeded up steps and threw in moves from jigs and reels to match the energetic music. (The Gaelic League, on the other hand, had banned quadrilles from its ceilis by the end of the 1900s.)

This situation prevailed for a long time and, during the Irish War of Independence, these informal dances even provided cover for IRA meetings. But by the 1920s, the Catholic Church began to voice concern over jazz and set dancing.

Though there were hundreds of accomplished Irish musicians in America at the turn of the century, they rarely played in organised groups and the first Irish social dances were entertained by American military bands.

But by the 1920s and 1930s, there were scores of Irish dance halls in New York City alone. During this period, new Irish acts like the Flanagan Brothers began to make a name for themselves with many of them playing both Irish and American tunes.

At some dance halls, the roaring 20s brought about new dances like the foxtrot and the shimmy - and clerics in Ireland feared their popularity would spread.

In 1925, the Irish archbishops and bishops issued a statement calling for the close supervision of events to ensure no suggestive dancing took place.

A few years later, The Carrigan Committee was tasked with reviewing the law on juvenile prostitution. Its report implied that unmarried mothers were among those most likely to turn to prostitution. It then laid the blame on dancehalls and the misuse of motor cars for the birth of children outside of marriage.

The committee recommended changes to the legislation surrounding dance halls. The Fine Gael government which was in power at that time didn't act. But in 1934, after the election of Fianna Fáil and Éamon de Valera, pressure mounted as the church and the Gaelic League led anti-jazz campaigns. At one demonstration, protesters shouted "Down with jazz" and "Out with paganism". They even went as far as to call for the closure of dance halls and a ban on all foreign dances.

The committee recommended changes to the legislation surrounding dance halls. The Fine Gael government which was in power at that time didn't act. But in 1934, after the election of Fianna Fáil and Éamon de Valera, pressure mounted as the church and the Gaelic League led anti-jazz campaigns. At one demonstration, protesters shouted "Down with jazz" and "Out with paganism". They even went as far as to call for the closure of dance halls and a ban on all foreign dances.

The following year, the Public Dance Hall Act was passed in the Dáil without debate. Based on the recommendations of The Carrigan Report, it required anyone who wanted to hold a dance to obtain a license.

As a result, the house dances that the church saw as immoral largely died out. Now, only the Catholic Church and private dance hall owners could organise them. Some academics believe that this transition to larger venues changed the way Irish music was played. Fiddlers and bodhrán players were no longer loud enough to perform on their own and, as a result, many of the traditional tunes they played were soon lost.

Throughout the 1930s, there was a huge number of parish halls built to facilitate supervised dances. Private dance halls continued to operate too - although their licenses often came with restrictive conditions.

Records held by the Waterford County Archive show that dance halls had to close during Lent and, sometimes, they could only admit people who lived within a three mile radius. This would have been potentially problematic as dance halls were often located on the outskirts of towns - away from watchful eyes.

One such dancehall was based in Glenfarne, Co. Leitrim. McGivern's Dance Hall was owned by John McGivern who emigrated to the US in 1929. For five years, he worked in radio and entertainment there before returning to Ireland with enough money to construct a purpose-built ballroom in his hometown.

Featuring corrugated iron walls, a wooden floor, chemical toilets and oil lamps, it became known as the ‘Nissen Hut’ because of its similarity to British Army huts of that name. Despite this, it passed an inspection and overcame clerical opposition to receive a license.

Over the years, the hall went from strength to strength and other entrepreneurs followed in his footsteps. As the years went by, the divide between parish halls and dance halls widened as the latter began to embrace the jazz, country and rock ‘n’ roll music coming from America.

People began to desert cold, damp parish halls for more modern venues and music. Even Glenfarne’s Nissen hut got a makeover and was renamed the Rainbow Ballroom of Romance - which is still open today.

The influence of new music styles combined to create the Irish showband scene, which began in the 1950s and lasted right through until the 1980s. At the height of the showband era, there were more than 450 ballrooms employing 10,000 people.

Many of Ireland’s best known musicians started out with showbands, including Rory Gallagher, Van Morrison, Joe Dolan and Colm Wilkinson - to name just a few. But as the craze declined, so did Ireland’s dance halls. Today, there’s just a handful left across Ireland and England.

Want to find out about other Irish emigrants who’ve influenced music and dance around the world? Try the EPIC museum’s virtual tour. 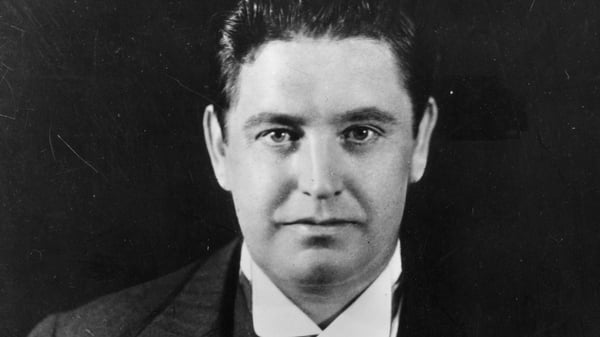