Poet Patrick Kehoe, aka Paddy Kehoe, has in recent years been one of our most essential arts writers, specialising in books, films and jazz albums for RTÉ Entertainment and RTÉ Culture.

Much of his poetry concerns the city of Barcelona, a city of memory and imagination.

As he bids farewell to RTÉ, we celebrate Paddy's work with a series of his illuminating poems.

Light, how we love the word
And say it prayerful

How we take its draught
Straight off the streets

Despite everything that hinders,
We reflect in light

Expect its leap in stained glass,
Our eyes cast towards the hills

And light fired in its sky kiln.

He might too find the periphery,
A way around the bruised city,
Some ordinary day of sun in the agora,
Leave to follow shreds of rubber and dead foxes,
Walk where he should not
By dusty motorway barriers
Enclosing the distant street rumble,
The cars heard in the band width,
Past the gravediggers with the high vis gloves,
Everything made luminous,
Not like the first time around
When things passed in a grey, metallic blur.

Cauterise the wound
What music was it,
Hispano-pop on rotation
That vulnerable city;

The company of strangers
At the zinc counter
Oblivious to the speakers,
The barmen in black and white,
Same bravura performance every night.

Evenings he would go up the street
To the bar, he was the outsider
There in spirit, good enough
For the two or three gathered.

What did they talk about? Dust in the wind.
How it all telescopes now
As though it were child's play,
Or some quickly wrapped-up proposal:

Life and its brevity in bitter tears.
This was some months or weeks
Before the burning bush
Of March and April, the wide-awake noise

From the hyacinths and azaleas.
What to do about the drum beat of the sun
Rising febrile towards its height at noon?
Let it be, to beat all summer long.

In real time, running,
Or waiting for the train,
Dirección Diagonal.

The man in the ticket box
And the crowd bunching
There at the taquilla.
Trapped smell
Of diesel-infected dust,
The route to work
Or to pleasure downtown.

What that man could tell,
What the metro dust might,
What the underground holds,
And all the trains rehabilitated
In the years since.

Opiate, a district of glass and steel,
Where the long boulevards
Of the Ensanche end;
North-wise, not sea-ward
Up the incline, a continual climb
Of anticipating, towards dream plateau, oasis.

I should have stayed more alert
To what was said
About wild boar and deer crossing.

Not because anything happened,
But I should have stayed alert
To small talk, or to summer returning
Which I cannot revive out of the May hedges.

On the Island of Ortigia

Tropical green in water shadows
At the fountain of Arethusa,
The papyrus by the spring.

You were standing somewhere close
In our small gathering on the bridge,
Muted curious; I looked for and found you.

Together onwards then through Siracusa,
Our slow progress in the noonday sun of all the ages.

Along Enghavevej,
Overhead lines, cables, rails, trains,
Carlsberg and the elephants at the gates,
Through Vigerslev Allé, Valby,
The protection of the autumn day
In a sanctum of leaves.

I was a wandering youth, undommelig ånd
Resistant outside the opium den,
Scorched by the sunlight of a new day,
The late bar at closing time
After the small hours.

Never to know reverie,
Nor able to recall the reverie
And yet to remember Enghave
Valby, Vigerslev Allé, Vestre Kirkegård
And the quiet graves among the yew trees.

Patrick Kehoe's first poems were published by the poet James Liddy in Gorey Arts Centre broadsheets and issues of The Gorey Detail. In recent times, his work has been heard on RTÉ Radio 1's Sunday Miscellany and on RTÉ Lyric FM. Poems have appeared in Cyphers, The Irish Times, The Stony Thursday Book, New Hibernia Review, Crannog and in various anthologies, including Even the Daybreak and The Deep Heart's Core. Poems will feature in the forthcoming Caesura, a Wexford anthology drawing on writing in the county from 2020/2021.

He wrote the lyrics for, and co-produced the Sonny Condell/Patrick Kehoe album, Seize the Day which was released in 2017. 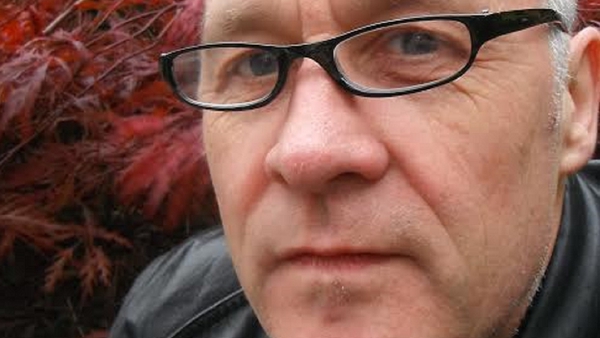 Poem of the Week: Thar Sáile: an Exile Sequence by Patrick Kehoe