Author Michael Gerard writes for Culture about his book Ireland's Final Rebellion and An American Dream, an epic tale spanning the 20th century, inspired by his own family's remarkable tale.

The protagonist in this book is based on my own father's life and his involvement in the Tan War of 1919-1921. Daddy was an unassuming tailor, tall and straight, who always wore a shirt and tie and smoked Carroll’s cigarettes. He was fifty-seven when I saw the light as the youngest of his five children. We were a poor family amongst poor neighbors in rural County Mayo, Ireland. During my childhood, the cheap ready-made suits were destroying the livelihood of the tailor, but Dad worked at his bench every day, making clothes or doing alterations for customers.

From an early age, I knew that he had been an active fighter during the 1919-1921 Irish War of Independence, and he received a small state pension for that service. He did not like to talk much about the war and deflected my questions about The Tan War, saying he would tell me more when I was older. I did hear enough in family-circle conversation and from listening in on the regular get-togethers of his Old IRA comrades at our tailor shop to form my own picture of his life. Born the second of eight children in 1897, he grew up in a turbulent period of Irish history – the high emigration aftermath of The Great Famine, the tail end of The Land Wars tied to the Land League, World War 1 and the 1916 Easter Rising.

It has taken me twenty years to find a suitable narrative voice to tell the story of the hard struggle that young Irish women and men like my father endured in The Tan War.

He was very close with his Grandmother who lived into her late nineties. She was a Seanachie (storyteller) who spoke only Gaelic and filled his head with the feats of the mystic warrior heroes of Irish legend, and the torturous Irish history of the previous few centuries. He became active in various resistance movements (the IRB, Irish Volunteers and Sinn Fein) when like much of the Irish population of his era, he was revulsed by the executions of dozens of Irish Rebels from the 1916 Rising. Subsequently, he became a full-time IRA fighter on the run during the 1919-1921 campaign and fought without capture up to the declaration of the Truce. He was vehemently Anti-Treaty but chose neutrality during the Civil War rather than take up arms against his former comrades and went back to his tailor’s bench, until he was arrested and imprisoned by the Staters (Free State Army). His incarceration at the Tintown internment camp in The Curragh, Co Kildare took a toll on his health, and he was close to death when the prisoners' hunger strike was finally called off. After his release, he returned to his tailor trade and eventually married and raised a family. He died suddenly in April 1969, and I was left with only memories and unanswered questions. One of those memories was that of his expressed regret at not having emigrated to America like many of his war comrades did.

At his funeral I decided that I would make good on his missed opportunity – I would some day emigrate to America. My journey was a rather long one as I worked through different jobs around Ireland, then in England and in South Africa, finally arriving in America in 1985. Until I settled in South Carolina, I had no idea about all the issues of the recently arrived undocumented Irish in America, or how difficult is was to get a green card. After setting up my machinery business in South Carolina I was suddenly thrown into the complicated US immigration quagmire of visa status and costly immigration attorneys. The only and the best lottery that I ever won was the US immigration lottery, in which I won the right to apply for a coveted green card. This allowed me and my English-born wife to get US permanent residence status and later to become US citizens.

Since then we have built a successful processing machinery business that today serves the greater Southeast region of America. Our two American-born sons joined the business after graduating from the University of South Carolina. Despite the pressures of running this business I have managed to find the time (late night and early morning hours) to explore my writing hobby. I wrote and published The Kimberley File in 1997, a novel about an unwitting machinery salesman in South Africa caught up in the world of illegal diamonds. That story takes place mostly in South Africa where I lived for several years, with part of the story unfolding in Ireland.

It has taken me twenty years to find a suitable narrative voice to tell the story of the hard struggle that young Irish women and men like my father endured in The Tan War of 1919-1921. They finally won the freedom that Irish rebels had fought and died for over seven hundred years, resulting in the creation of The Irish Free State in 1921, followed immediately by a savage and bloody Civil War between the Pro and Anti Treaty forces.

Ireland's Final Rebellion and An American Dream is divided into two books; the objective of book one, Just One of the Boys was to use the fictional Kane family to portray the events in Irish history that propelled ordinary Irish men and women to take up arms in 1919 and fight the occupying British authorities to a standstill and to the negotiating table. It was these fearless fighters and the general population of Ireland who sheltered and cared for them, that secured the Irish victory – they are the unsung heroes that I wanted to highlight and raise to their rightful place.

I thought it fitting to continue the Kane family history theme to the fulfillment of my father’s dream with the second book, An American Dream. In this book, my character Sean Kane portrays my own life journey as I pursued that dream. An Irish catholic landing into the heart of the bible belt of the American South certainly added up to a personal and business challenge, but we were blessed, and it worked out fine – we continue to live and work and prosper in this great country.

Ireland’s Final Rebellion and An American Dream is now available in e-book and paperback via Amazon - find out more here. 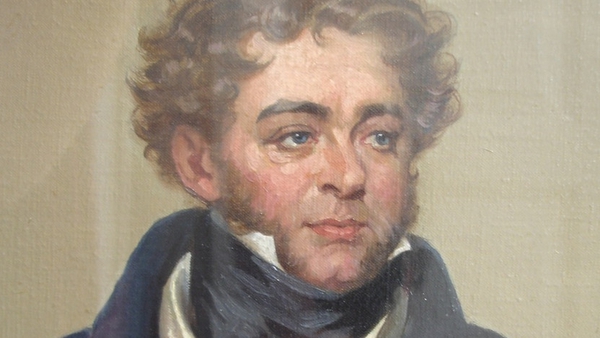