We're delighted to present an extract from Pure Gold, the debut collection of short stories by John Patrick McHugh, published by New Island.

Set on an imagined island off the west coast of Ireland, John Patrick McHugh's debut collection of stories conjures a complete and varied cast of characters – some lost, some lonely, many dreaming and others self-deceiving - casting a bold eye on masculinity, family and class, friendships and betrayal, and embedding us in the moments on which a life can twist and turn.

That summer we lit fires. Terry and I.

We'd meet in the mornings, when oats still gummed my molars and the sky was beginning to shake itself blue. Two of us dressed in thready-sleeved jerseys; two of us decorated with scabs and cuts and small, sloughing burnholes. When we had money, we chucked it together and bought matches from Brett’s Newsagent. And when we had no spare coppers – the more likely – we snatched clickety lighters from the dashboard of Terry’s dad’s van or bummed fizzing matches from the backyard smokers of The Clinic. Then, bodies gunned over the handlebars of our bikes, we’d thunder on in pursuit of fires, the Island quaking from our shouts. Time had no use to us. Days never had acts, never dulled to a yawn, never became sticky; rather they were endless, borderless, buzzing alive until we were confronted by the full stop of night.

There was no wind on the day of the bonfire. To the south, the sky’s edge was brick-red and the clouds – mirrored in the puddles about the field – held this same rubyglow in their fleeces. Terry was on the ground, the canister clamped between his thighs. I was crouched beside him, acting like I wasn’t paying much attention as he wrestled with the screwed-tight lid. But with each failed attempt, I noted how Terry’s expression twisted; his eyes bunching to wrinkles, how the lighter fuel made this vexing plopping sound. All of a sudden, Terry yelled fury and brought the lid to his mouth, and using the girth of his teeth, slowly, slowly, slowly grinded it open. Blood trickled from his mouth as we poured the fuel over the plywood and tyres and branches and cardboard and pallets and paper and hay. Already the bonfire seemed to sizzle.

At first, we lit little ones. Teeny fires. Sparking the tips of grass, burning copybooks, comics, photos pried from under frames. We melted Action Man dolls, slugs, milk cartons, plastic bottles, and loved when they softened to wax and glop. Soon our fingertips hardened, became scaly, snake-skinned, and we dared ourselves to be braver. We burnt the bushy tail of Miss O’Donnell’s cat, ravaged to crap a long shade of heather, and flicked a match into a bin down by Keel’s caravan site, pinching our privates from behind a nearby wall as we watched a lanky fella scramble for a hose. Once we discovered Brendan Hare lurking near our field. Terry pinned him down and like a skilled craftsman, my teeth biting into my tongue, I singed the faint lace hair on his arms and brow. Hare, two years younger than us, cried for his mother, runners kicking into the earth, but we didn’t stop. There was something in fire that we needed. And so, we hunted after the cocky spark and clank of the lighter, the peacock-ruffle of a catching blaze, the flame and all its bold promises.

We scoured the whole Island for the bonfire. Snapping branches from trees and hedges, stuffing hay from sheeted bales into plastic bags. We visited Dr Gaffney’s newest extension, our knees grazed to chalk as we borrowed planks and prickly pallets. One drab night we even snuck into Flannery’s Garage. Barely breathing, we nicked three tyres and a bundle of rubber cord.

I found a shed nestled in the east corner of the Pineneedle Woods. It was loaded with crusted spray cans and weedkiller. Hairy thistles creeped up from the floorboards along with bustling woodlice. We guessed an ancient forester’s den. Terry declared it our base and we swore the shed’s existence to deathly, eye-gouging, dick-snipping secrecy. We cleared everything out and, piece by crummy piece, stashed the bonfire inside. Thereafter our foraging became instinctive. If one of us was away, the other still trawled the Island with gamey hands, thieving anything that would burn. And when the evenings shortened and the

wind began to stiffen and bully, we dragged the bonfire out to the field. Terry tackled the big stuff, the tyres and the planks; I carried the loose rotting wood and hay and the stacks of newspapers that I had spied unloved around the back of Sweeney’s.

The field was tucked halfway between our houses. An uneven patch of buttercups, clovers and spongey mustard grass. From there, you could see the roofs of Keel, the school, the water, and the red beams of the bridge. And always you could hear the drone of cars cruising along the Glon. We did everything in the field. Built traps for the wolves we hoped stalked us, sharpened swords out of the handles of brooms, practised our wrestling finishers; mine the Steel Choker, Terry’s the Hell-Bells Suplex. When it rained, which was often, we sat atop two paint buckets in our makeshift hut – a sheet of metal slantways against the neighbouring barbed-wire fence. Our arms folded or slashing at legs eaten by bugs as we gawped at our world being made momentarily unusable. 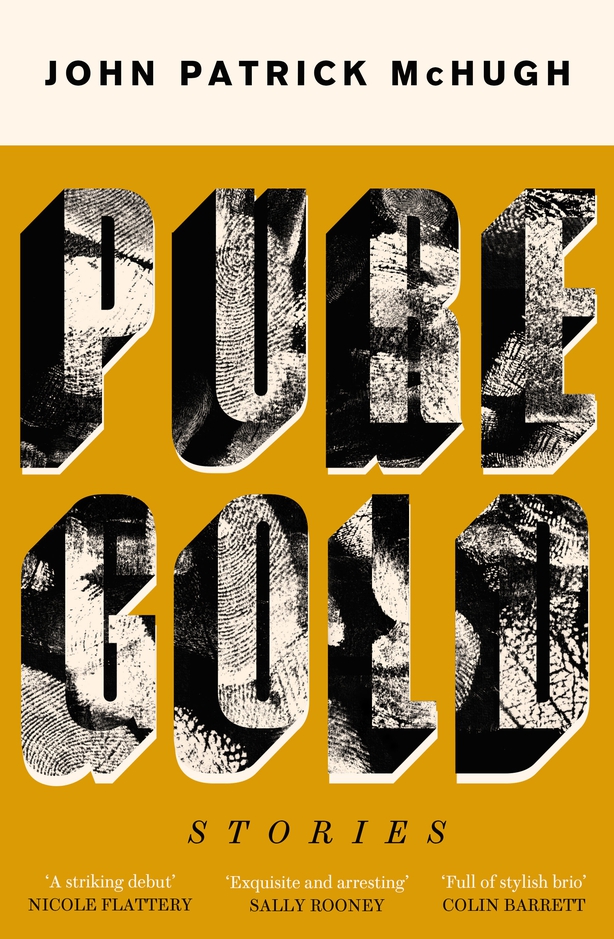 Pure Gold by John Patrick McHugh is published by New Island Books, and is available from booksellers, online retailers and from New Island’s website. 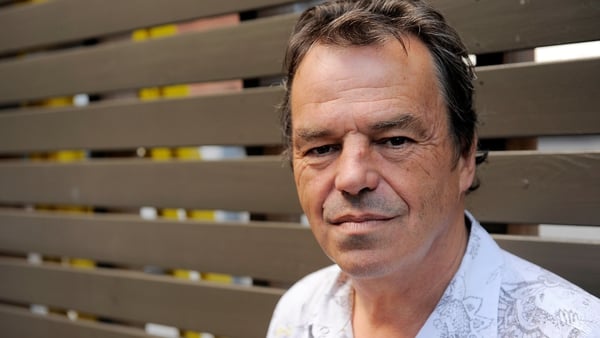