The author began writing his fascinating story of Greece in August 2015, just a month after the country had for the third time barely avoided exit from the Eurozone which, he argues, would have been chaotic and damaging, and not just in Greece.

"By the time I finished it (the book), my own country had embarked on its own exit from the European Union, " writes the Englishman, who is Emeritus Koraes Professor of Modern Greek and Byzantine History at King's College London.

A three-time winner of the Runciman Award for previous books, Beaton is the author of a much-acclaimed biography of the Nobel Prize-winning Greek poet and diplomat, George Seferis, who won the literary award in 1963.

In 2019, he was made a Commander of the Order of Honour of the Hellenic Republic, in recognition of his distinguished contribution to the study of Greek culture in general.

Referring to the Brexit and Grexit crises, he notes how the phrase 'Grexit’ came first. "The Greeks had been first to face that existential choice, " he writes. "And they had come through to the other side. Greeks in modern times have often been the pioneers .."

He insists on that pioneering spirit throughout his 400-page account. "Writing it I was always conscious of doing so at a particular historical moment – little more than the blink of an eye between a ‘Grexit’ that didn’t happen and a ‘Brexit’ whose consequences remain to be seen."

Beaton takes the intriguing and capacious saga of all things Greek from around the fourth century BC when the populations of the eastern Mediterranean which spoke and wrote in Greek had been living for hundreds of years under the rule of Rome.  The word ‘Hellene’ was commonly used by the Ancient Greeks to describe themselves, but by the time of Christ, it had come to mean ‘pagan’, anyone who was not Christian. 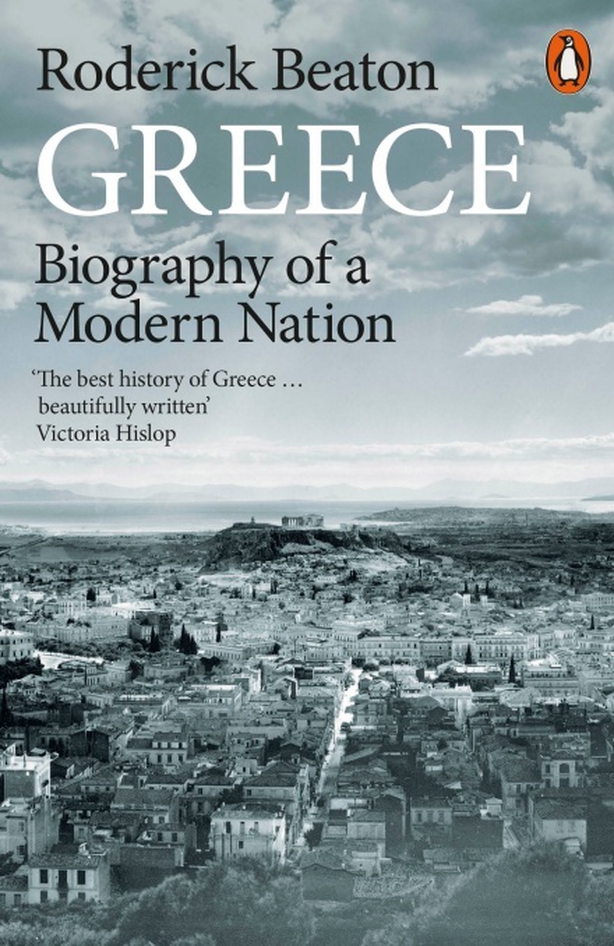 The three final chapters of the book  - which appeared in paperback last year - retrace the events of the last 60 years. The title of one of them, Uncle Sam's Protege, speaks for itself. Relations with Cyprus and indeed Turkey are an integral part of the twentieth-century story, eloquently told by Beaton.

Cypriot leader Archbishop Makarios survived two assassination attempts by the Greek junta in the early 1970s. A bombing attempt by maverick Makairos supporters narrowly failed to kill General Géorgios Papadópoulos - Prime Minister and president during the army dictatorship - in his car in an Athens suburb in 1968.

In 2004, Greece had everything to look forward to, following a successful Olympics – membership of the EU and the common currency, the euro, which gave the two Greek states, Greece and Cyprus, the best conditions either had ever had in terms of external security and political and economic stability. Few, in truth, saw Grexit coming down the road. Yánis Varoufákis, Finance minister in the Greek government for the best part of six challenging months in 2015 must have had an inkling or two, long before that.

The author concludes on a positive note. He argues that as Greece celebrates the two-hundreth birthday of the Greek nation state this year, the country should take pride in an achievement which has been won, not through isolation, ‘but in partnership, every difficult step of the way, with other Europeans.’ No doubt, this view is not unanimous, not least in Greece, but Beaton is clearly an advocate of the European project.