A Ghost in the Throat by Doireann Ní Ghríofa, a strikingly original combination of essay and auto-fiction, has been named as the An Post Irish Book of the Year 2020.

The book titles competing for the accolade were the category winners from the recent An Post Irish Book Awards and the overall winner was revealed as part of a special television show aired on RTÉ One, hosted by Miriam O'Callaghan on Thursday night.

A Ghost in the Throat is Ní Ghríofa’s prose debut and has received widespread acclaim for its use of language and original approach, weaving together two complementary stories: the narrator’s own relationship with pregnancy and motherhood, and the life of eighteenth-century poet Eibhlín Dubh Ní Chonaill. 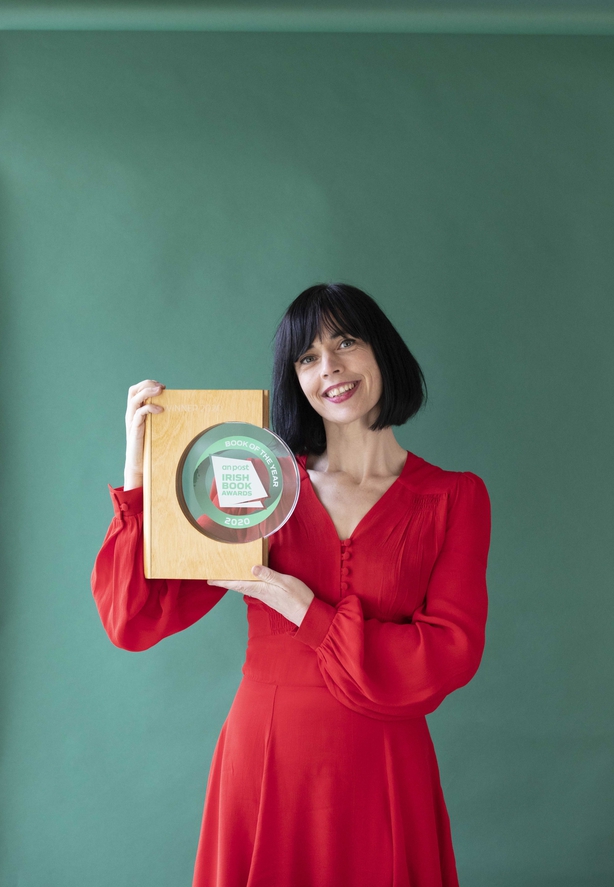 One of Ireland’s most successful bilingual poets and essayists, Ní Ghríofa has published several collections in both English and Irish, including Clasp, Oighear, and Lies.

Born in Galway, and having grown up in Clare, she now lives in Cork, and was awarded the Rooney Prize for Irish Literature in 2016. She won the Odgers Berndtson Non-Fiction Book of the Year in association with The Business Post at the recent An Post Irish Book Awards.

Read an extract from A Ghost in The Throat

Speaking about her win, Ní Ghríofa said, "I’m overjoyed with this spectacular award! A Ghost in the Throat is a telling of my story, but it also tells the story of Eibhlín Dubh Ní Chonaill, and I'm so thankful to all the readers who have taken both of us into their hearts. I accept this award with deep gratitude to each and every one of you. Míle buíochas libh go léir."

Her victory marks the third time publisher Tramp Press has won the Irish Book of the Year Award in the last five years, as A Ghost in the Throat joins Notes to Self, by Emilie Pine, and Solar Bones, by Mike McCormack, which claimed the award in 2018 and 2016, respectively. 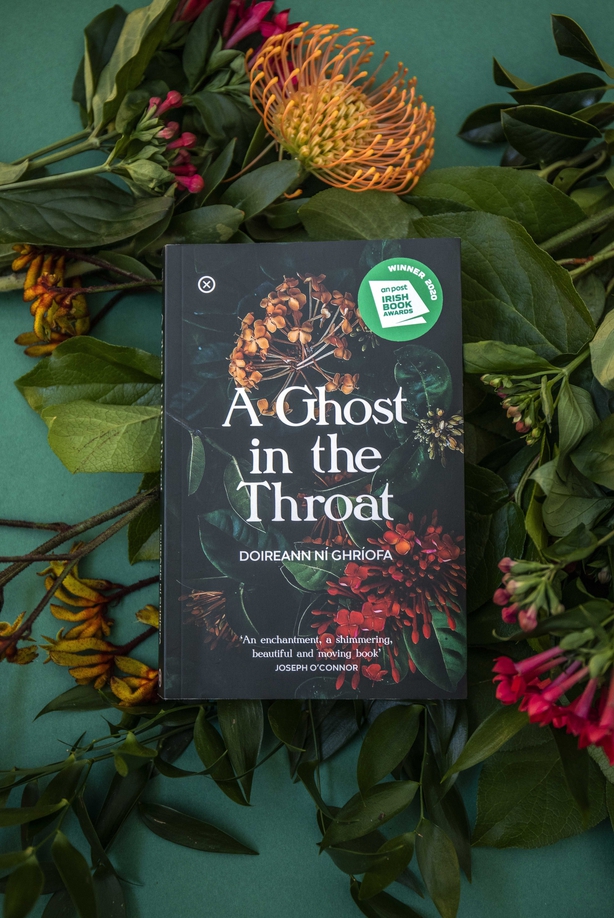 The An Post Irish Book of the Year 2020 was chosen by a combination of an online public vote and an equally weighted academy vote, beating off competition from 13 other category winners at the recent An Post Irish Book Awards (in alphabetical order):

Old Ireland in Colour by John Breslin and Sarah-Anne Buckley

Break the Mould by Sinéad Burke illustrated by Natalie Byrne

Diary of a Young Naturalist by Dara McAnulty

After the Silence by Louise O’Neill

Never Mind the B#ll*cks, Here’s the Science by Luke O’Neill

A Light That Never Goes Out by Keelin Shanley

Savage Her Reply by Deirdre Sullivan, illustrated by Karen Vaughan

Previous winners of this esteemed Irish Book of the Year award also include Atlas of the Irish Revolution by John Crowley, Donal Ó Drisceoil, Mike Murphy and Dr. John Borgonovo, Asking for it by Louise O’Neill, Academy Street by Mary Costello, Staring at Lakes by Michael Harding, The Spinning Heart by Donal Ryan and Solace by Belinda McKeon.

John Treacy, Chairperson of the An Post Irish Book Awards, says: "Doireann Ní Ghríofa's A Ghost in the Throat made an immediate impact in the Irish book trade on publication.  It's an amazing thing for an established poet to suddenly produce such an accomplished and interesting piece of work as her prose debut.

"It's a beautifully produced book too and Tramp Press deserve great credit for their unerring eye in seeking out original material to publish.  Congratulations to Doireann, a worthy winner of the An Post Irish Book of the Year."

Adrian Lynch, Director of Audiences, Channels and Marketing, RTÉ said: "RTÉ is delighted to continue our support of the An Post Irish Book Awards, and of Irish writers and writing, through this special television show on RTÉ One which was hosted by Miriam O’Callaghan.

"There are so many great Irish writers, both established and emerging, producing great work right now and RTÉ will continue to celebrate and give prominence to this talent across our radio, online and television platforms.

"Congratulations to all nominees and winners this year and special thanks to our RTÉ Radio 1 listeners for their support."