The event, taking place on December 20th, will be streaming from the heart of Dublin city, a stone's throw away from the first-ever performance of Handel's Messiah.

The RTÉ Concert Orchestra will be directed by Mia Cooper, with musicians from the orchestra stepping forward for virtuoso turns. Mia is joined by Bróna Cahill, Elizabeth Leonard and Anne Phelan to take on Vivaldi's Concerto for Four Violins.

This concerto was composed while Vivaldi was master of violin at Ospedale della Pietà in Venice, a charitable institution for girls, and the young girls there were among the first to perform the work.

Principal Oboe Suzie Thorn is the soloist for the Marcello concerto, with its achingly beautiful Adagio, and the Suite in D from Handel's Water Music features Principal Trumpet Shaun Hooke.

The performance will also feature Bach's famous Air on a G string – to a certain generation still summoning up the Hamlet cigars ad – and Pachelbel’s Canon, beloved of buskers everywhere!

Corelli’s Christmas Concerto, summons up the season, ending in a jewel of a Pastorale that recalls the shepherds of Bethlehem. And the RTÉ CO will wrap up the hour with Vivaldi’s brilliant evocation of wind, cold and chattering teeth in Winter from Four Seasons.

The performance will be streamed live from Smock Alley Theatre on December 20th - tickets can be purchased here. 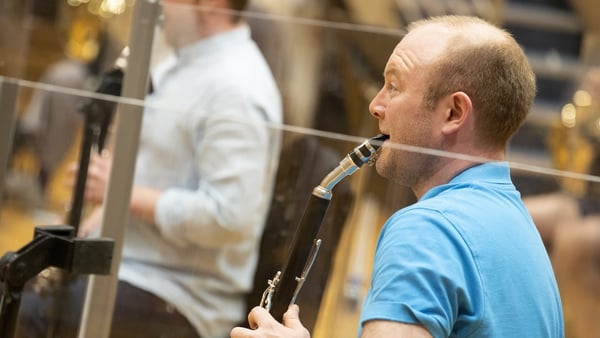