In his new collection of stories, Carlo Gébler updates The Decameron, Giovanni Boccaccio's classic 14th century work in Italian. The original work was written over 5 years as the deadliest pandemic in human history, the Black Death, played out on the writer's doorstep.

To understand the raison d'etre for Carlo Gébler's Tales We Tell Ourselves, we need look not only to our present circumstances, but also to the work on which it is based. Giovanni Boccaccio’s Decameron is a collection of novellas written in 14th century Italy and considered an enduring masterpiece, unique both in form and content.

'So much literature subsequently came out of The Decameron, that I sometimes think of it as an aquifer, hidden underground, without whose moisture nothing will grow’, says Gébler of its vast, multi-generational influence. Chaucer almost certainly borrowed it’s storytelling framework for The Canterbury Tales, while Milan Kundera declared it a ‘forerunner’ for modern prose. 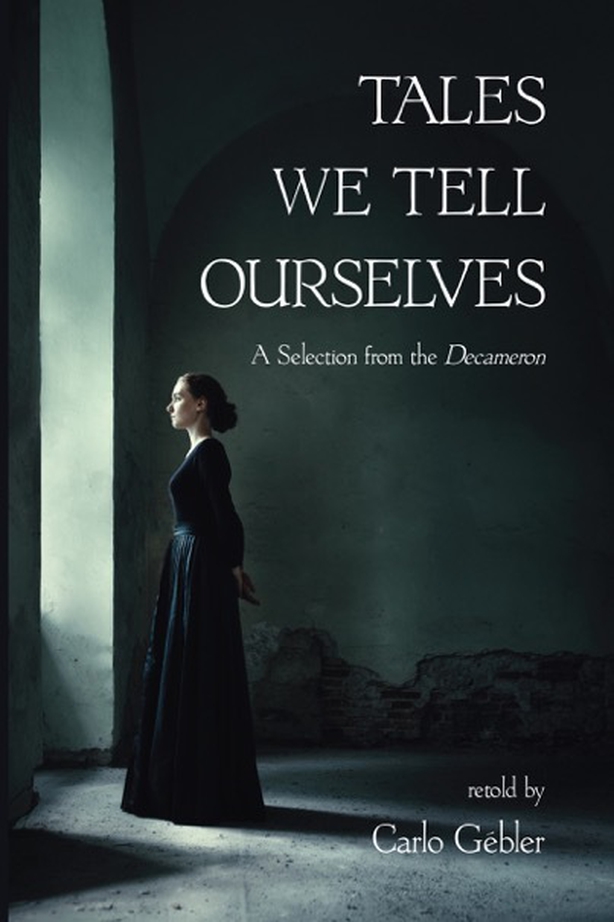 The book itself is made up of one hundred short stories, in the space of 374 pages, told by ten characters over ten days - thus The Decameron, which takes its title from the Latin for the number ten. These ten individuals isolate themselves from the plague in a villa outside Florence. The dreaded Black Death had been laying waste to much of the European population at the time of writing. An astonishing sixty per cent of Florentines alone were wiped out by it. In light of recent world events, Gébler felt Boccaccio’s classic text was worth dusting off again, but are there any helpful lessons and insights to be gained from it?

Gébler selects twenty-eight stories from the original text to retell here. He dispenses with the discussion between stories that feature in the original. Rather, he supplies the reader with a concise introduction of his own to each story, with a more detailed analysis at its conclusion. These elements give the reader some context and explain his reasoning for plot tweaks or minor details which he has added or omitted.

They also serve to highlight the more bizarre aspects of the stories from a contemporary standpoint, of which there are many. Gébler encourages us to simply ‘ignore the absurdity’ in order to discover the true meaning beneath. ‘Without the improbable it wouldn’t be a story would it?’ he queries.

What we come to learn about The Decameron is that in some respects it is very much a product of its time, but also light years ahead of it. This is probably felt most powerfully in its portrayal of women. Many of the female characters we meet are sexually independent, indulging their desires at will, often outside of marriage. However they’re also defined and stifled by their relationships with men, passing from father to husband’s ownership.

We see women kidnapped, forced or even tricked into being with their pursuer. In The Judge’s Wife, a frustrated wife is pulled aboard a pirate ship by her hair, only to fall for her captor, refusing to return to her impotent husband when he eventually tracks her down because she’s better satisfied. Is this an example of extreme misogyny or early feminism?

At times it seems to be a bit of both. We’re shown a duplicitous and self-serving side to women when it comes to sex, but it’s remarkable that we’re given any insight into this side of life at all, let alone one that’s so provocative for its time. Gébler also notes that the stories exhibit a questionable morality, with the victims of violent crime and misfortune continually suffering, while the perpetrators go unpunished, and even prosper from their actions - another parallel with modern life?

The power of story-telling in times of crisis is another aspect that Gébler is evidently fascinated by. He says as much in his foreword; ‘The ambition of this book is partly to showcase the art Boccaccio made in response to a crisis so like our own and partly to draw attention to his belief in the capacity of narrative to restore the battered psyche to help’.

These stories offer solace and distraction to the characters at a deeply distressing time - one can’t help but relate. The value of fiction as a means of escape has never been as apparent as it is right now. It’s also worth noting that the very act of writing The Decameron, which was carried out over five years as the deadliest pandemic in human history played out on his doorstep, probably served exactly that purpose for its author.

Tales We Tell Ourselves may not seem very broad in its appeal but for those who have already delved into The Decameron, or those who would like to build up the courage to one day (like this reviewer), Gébler offers a new companion to it here. 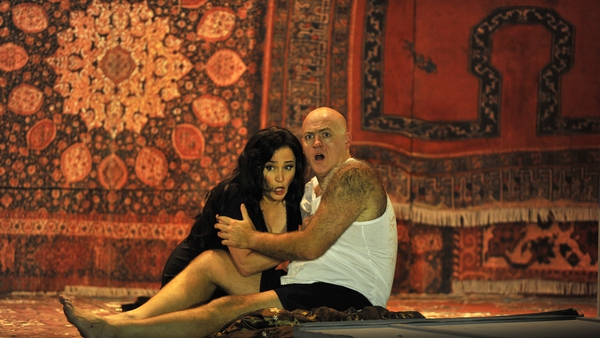