We are delighted to present an extract from Manopause: Bernard O'Shea is having a Mid-Life Crisis by comedian and broadcaster, Bernard O'Shea, published by Gill Books.

Having just turned 40, Bernard is convinced he has entered manopause, or as he describes it to his mother, the male version of menopause. Quickly knocking some sense into her son, she laughs him off, telling him he's a feckin’ eejit and that he wouldn’t survive 30 seconds of what women go through!

Manopause or not, Bernard has found himself hurtling towards a mid-life crisis over the last few years. Fed up with his wardrobe of elasticated beige trousers and his expanding waistline, in a hilarious and often alarmingly honest style, Bernard documents a year long journey of self-improvement.

For two years I have walked the same way to the train station so, one time, as I was leaving my office, I decided to go a different way. I walked down Dublin's Kildare Street flush with positivity. Leinster House and the National Museum are both on Kildare Street and as I was passing the museum, I saw a familiar face. I caught his eye and he went, 'Ah, Bernard.’ He reached out his hand and I started to shake it. My mind started racing trying to figure out what my friend’s name was. ‘What are you doing here?’ he said. I still could not remember his name.

‘Oh, I have an office around the corner.’ He was still shaking my hand. So, I said the first thing that came into my mind: ‘They have lovely muffins in the museum café.’ He paused and looked at me like a man would at another man who is just said, ‘They have lovely muffins in the museum café.’ I could see that I had put him in an awkward position, so I tried to fix it. ‘You’re looking fantastic.’ Oh, Jesus, what did I say that for? ‘You’re looking well yourself,’ he replied. Then I began to get really f**king angry with my brain. I started to shout at it: ‘TELL ME WHO THIS PERSON IS?’ 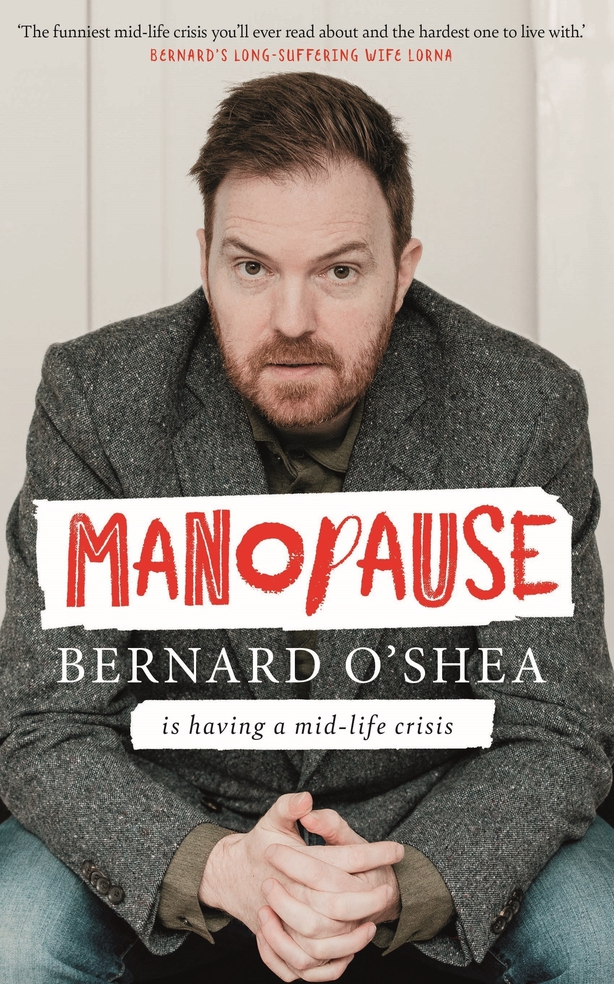 I kept looking at his face. It was, in the nicest way, the most normal face on the planet. Everything was in proportion. The one benefit of an Irish face is that there is always a bit of craziness going on. I worked in a hotel once with three Russian women. One of them said to me, ‘Irish are beautiful but mostly on the inside.’ But this guy’s face had no botched planning permissions. Normally you’d get an oversized nose or one ear bigger than the other, but this face was normal. He had brownish-grey receding hair and I was trying to compute as quickly as possible what he would look like with a full head of hair to see if I could jog my memory.

He was now staring at me. I was about to give in and just ask him to tell me who he was and then he said, ‘Jesus, I’d say the last time I was here [the museum] we would have been in school.’ That was it – school! I must have gone to school with him. But, on second thoughts, there were only ten in my primary school class, so it must have been secondary school. The feeling of relief spread across my brain, like a warm electric blanket on your big toe on a cold wet night. I remembered him. I just couldn’t remember his name. ‘God, how are you?’ I said.

Now, I rarely ask other people this question, because I am obsessed with myself. For years, I tried to deny it, until somebody drunkenly said to me at a wedding: ‘Do you want to ask me how I am?’ I love to talk. I talk for a living. It’s just that I love talking about myself. My wife, when quizzed about me, says, ‘Everybody’s favourite subject is themselves, but Bernard brings it to a whole new level.’ But today I was in a good mood, so I asked him how he was, expecting a quick answer and then I would be on my way. What I got was basically the guy’s life story.  He told me about working abroad. Getting married. Losing his job. Getting another job and finally, and very openly, he told me about the struggle he went through when he found out his wife was with another man. He very casually added, ‘I still love her’. ‘Jesus, that’s terrible,’ I said as I kept nodding my head. I had missed my train by this stage and knew I was probably late for the next one, too. I tried to get a quick glance at my watch without him noticing. He saw me and said, ‘Oh, here, I don’t want to keep you waiting.’ ‘No, no, no, not at all.’ I was just about to tell him that it was great catching up and we must keep in contact, when he blurted out, ‘Oh, here’s my mother’.

His mother approached carrying a golf bag, which was roughly the same size as her. She placed it on the path. She was the smallest person I have ever seen in my life. I couldn’t help thinking, how did she give birth to my long-lost friend, whose name I’ve forgotten? ‘Would you believe,’ she started, ‘I carried that from the bus on O’Connell Street all the way here and he [pointing at her son] doesn’t even play golf.’ And then, the most spine tinglingly excruciating thirty seconds of my life began. My newfound friend said nothing! What was I supposed to do? 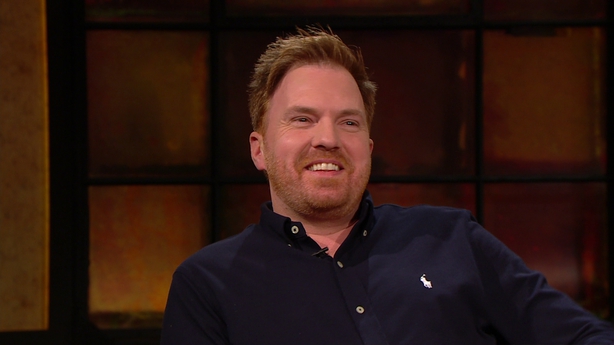 I didn’t know his name or his mother’s. She looked at me, expecting me to say something. He just happily stared at me with a stupid grin on his face. I thought about doing a little hop and skip to get me off the ground while saying something bland like ‘Nice meeting you, have to go’, but they had actually corralled me in, she with her tiny frame, him with his silent head, and the golf bag blocking the exit. Eventually she said, ‘Are you going to introduce me to your friend?’

Every living cell of my body stood to attention, like a satellite dish waiting to receive information. She was going to reveal his name. His name, that when I heard it, I was going to repeat it to him again and again to make it look like I hadn’t forgotten it. ‘Well, are you, ya big lump?’ What, I thought, she didn’t say his name? ‘You big lump’? One hundred per cent worse now. Eventually, he spoke. ‘Oh, this is Bernard, Mum.’ ‘And how do you know each other?’ she said. Silence. He stood there, in fairness to his mother, like a big lump. I eventually had to say, ‘We went to school together’, then instantly he replied, ‘No we didn’t.’ Now, I was totally thrown. ‘How do you know me then?’ He looked at me and said, ‘From the telly.’ His mother then added, ‘Gregory [no use to me now], do you want this thing’ – she pointed to the golf bag – ‘or not?’ I started to walk away, saying, ‘Nice to meet you, Gregory, I hope everything works out for you.’

His mother suddenly exploded, like a colonial cannon: ‘What have you been telling this fella? Just because he knows you from the telly doesn’t mean you can go and make a skit out of his life.’

At this stage, all I could think of was, how do I get out of this situation? ‘Look,’ I said, ‘this has been a misunderstanding. I will not be making a "skit" out of anything. I have to go.’ Then, out of the blue, she said, ‘You’re very heavy.

You looked a lot lighter on the telly.’ I was shocked. My brain actually started firing out the f-bomb, but my new friend Gregory said, ‘Mum, that’s rude.’

‘No, it isn’t. I’m just saying he looked a lot smaller on the telly.’ Eventually, I felt I had permission to walk away. I could hear him shout in the distance: ‘Bernard, Bernard, Bernard.’ I turned and he ran up to me. ‘Could we get a selfie?’

Then she rolled out her punchline. ‘You lie for a living, Bernard, and you lie all the time.’ I constantly have this argument with Lorna. I don’t lie all the time. I bend the truth at times to protect people or to get a laugh.

‘Be specific. Give me SPECIFIC times when I lied?’ I shouldn’t have. She began describing what she eventually coined ‘six of the best’.

Manopause: Bernard O'Shea is having a Mid-Life Crisis (published by Gill Books) is out now and available to purchase here. 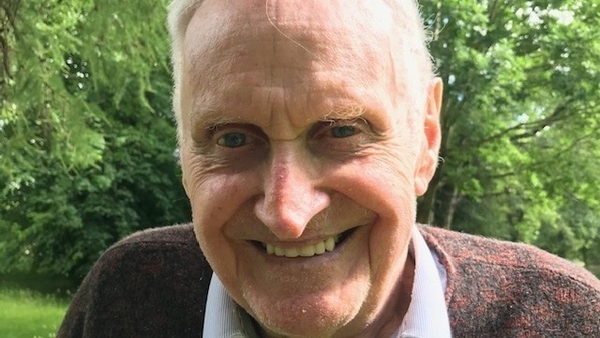