We are delighted to present an extract from Nature Diary: One Eye, One Finger by acclaimed filmmaker John Boorman, published by Lilliput Press.

In his eighty-eighth year, John Boorman uses his time in lockdown to reflect on the splendour of the surrounding nature of County Wicklow. Coccooning with his daughter and son among the hills of Annamoe, Boorman chronicles his daily walks and observations of the trees on his estate, writing with heightened appreciation of the beauties of his eyrie using only one eye and one finger.

14 April
Frost this morning, but the sun is shining out of a blue sky

Thinking about missing animals: there used to be frogs and toads, but no more. The pond by the kitchen was always glutinous with their spawn at this time of year. We never had moles, the delightful hero of Wind in the Willows that would push up a pile of soil on suburban lawns in England.
Lee corrects me on the frogs. At the far end of our land is an acre of swampy land, which, he says, is heaving with frogs. Good news. He also tells me about his morning swim – crackling frost underfoot, vapour rising from the river turned to fog by the backlit sun: magical and painful.
I walk out a little later. The air is cold but there is no wind and the sun rules. By the river, on the bank, grasses have sprouted, such lovely variety. They are cropped and mown and keep coming back for more. We live on their cousins; wheat and barley and corn and rice (I think rice is a grass). Lili picked a bunch of clover flowers and they hold their place on the kitchen table next to the orchid. Grass needs water and we have had so little rain. 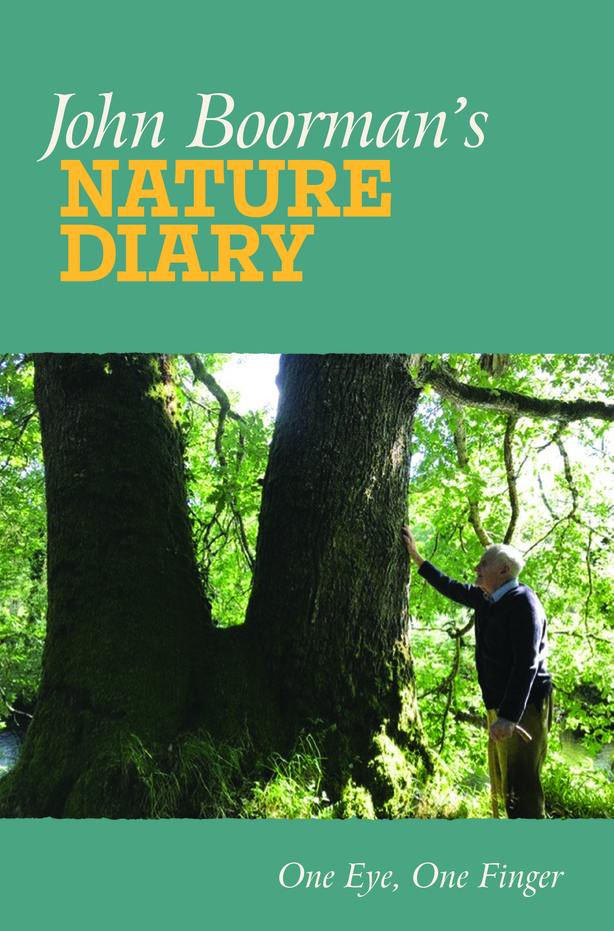 We are halfway through the month. Still locked down.
The Avonmore river comes down from Loch Tay to Loch Dan. Both lochs are pure and unpolluted. It was an especial joy, when bathing in Loch Tay, to drink as you swam. Loch Dan is equally pure. The Avonmore, which drains them, passes through agricultural land until it reaches Annamoe bridge. The inhabitants traditionally threw their rubbish over the bridge into the river: this was corrected, but some still do so at night. Tourists throw stuff out of car windows as they go over the bridge. The other day when the river was low, Lee waded down the length of our stretch and filled two large black bags with beer cans, bottles and the ubiquitous plastic bags. With no tourists to blame, let's see what happens.

A rare, precious day when we forgive Ireland for all its miserable weather. (Lee: 'Dad, I love the Irish weather and so do you.’)
Down by the twin oak, I fall into a timeless reverie. Two birds singing in a deeper register, another with a rasping cry – bigger birds, I feel. No swallows yet. Garech used to winter in India and we would say of him that he came back with the swallows.
Lee and his black Alsatian came looking for me, concerned. ‘Did you fall asleep, Dad?’ He made us nettle soup with wild garlic. Delicious.
The leaves are gradually opening up. They are the workers, taking carbon dioxide from the air and by photosynthesis giving carbon to the tree and sending oxygen back into the air. In the autumn the tree withdraws the valuable nitrogen from the leaf, then casts it off, kills it. The leaf is a pliant slave and we rejoice in its unconscious beauty. 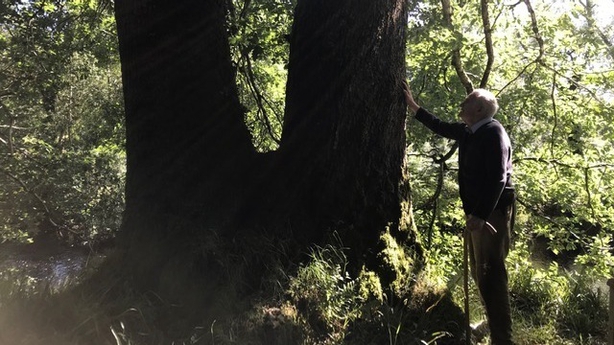 An east wind and rain promised later, much needed.
I sit on the bench by the twin oak. I feel rather sheepish, having accused it of killing its leaves. The birds are busy mating and nesting, obeying the same instincts that drive us to have and raise children. Our subconscious is calling all the shots. We have to accept this with good grace; that we are not in charge. It does all my best writing and has all my best film ideas. I shamefully accept the credit. Does the subconscious control the plant world as well as ours? Is the subconscious the underlying force that impels and regulates all of nature, including ours?
The wind is half-hearted. It blows a gust, then peters out. A few puffy clouds, but none carrying rain. The rain comes through in the afternoon. I go out and let it fall on my face.

Saturday. Lee is sleeping in. All week he works on the computer doing the long hours of legal drudgery that a young lawyer must endure for a couple of years before he is let loose on clients.
There is a heavy blanket of cloud out there. I have breakfast with Lili. She seems melancholic, sad even, which pains me. We are all three locked down here.
A misty rain out there, Lee tells me.
I go down the hill from the house. The trees look mournful, their heads in the clouds. I turn back, a loss of power. I regret the half bottle of white wine I had with the chicken last night. I toil back up the hill. I get back drenched in clammy sweat. Sleep in my chair. Wake up cold. Lili serves some reviving soup. I allow the natural world to get along without me.

Nature Diary: One Eye, One Finger (published by Lilliput Press) is out now and available to purchase here. 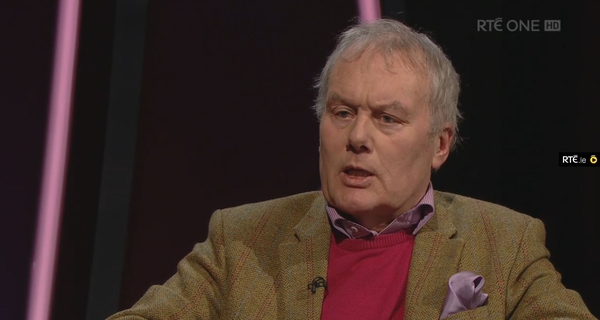