Lyric Feature: A trip to Cape Clear Island off the coast of West Cork allows the writer and artist Sara Baume and the radio producer Regan Hutchins the chance to talk about choosing our paths and sticking to them...

Listen to The Vagrant Birds of Cape Clear above - below, Regan Hutchins introduces his Lyric Feature documentary...

The writer and artist Sara Baume (Spill, Simmer, Falter, Wither and A Line Made By Walking) told me that a vagrant bird is also called an accidental bird. They come from Russia or from the United States and they are planning to go - as they always do - halfway around the world on their migratory routes but then, well, things don't go according to plan.

The writer and artist Sara Baume (Spill, Simmer, Falter, Wither and A Line Made By Walking) told me that a vagrant bird is also called an accidental bird. They come from Russia or from the United States and they are planning to go - as they always do - halfway around the world on their migratory routes but then, well, things don’t go according to plan.

Sometimes they’ll end up on Cape Clear Island, off the coast of West Cork. It’s the southernmost inhabited island and birdwatchers travel there from all over the world to look at, among many other interesting things, the vagrant birds that land there in the Spring or the Autumn.

The birds have been blown off course and are a bit lost. Many have travelled enormous distances. When they land they’re exhausted, starving and very vulnerable to birds of prey.

The Vagrant Birds of Cape Clear is a radio programme which is inspired by ideas and moments which don’t go according to plan.

That’s my way of saying that when I went to Cape Clear with Sara Baume to make a programme about vagrant birds and the type of people who travel there to spot them, there were no vagrant birds on the island and the gangs of birdwatchers hadn’t arrived either.

120 vagrant species have been recorded over 60 years by the wardens of the Bird Observatory on the island. It’s owned by Birdwatch Ireland and it is home to the warden but also to many birdwatchers who stay there on their visits.

Sara and I spend the night there with the appropriately named warden Steve Wing and with Dermot Hughes who is well known in the birdwatching world and who, thankfully, happened to be on the island when we were.

We walk around the bog and the lake on the island, we go birdwatching with Dermot and talk to Steve Wing and we visit Mary Cadogan to hear the story of how she was the first person in Ireland to record a tiny American bird which had just dropped out of the sky.

Sara shows me an art project she was in the middle of which is her "quiet monument to the triumph and the tragedy of the vagrant birds". Her plan is to make an abstract cross-stitch (coloured threads on aida cloth) representing every single bird that has landed on the island.

Why, I ask her? What motivates her to do this enormous project? What motivates Dermot Hughes to stand for hours in a field in the hope of sighting a rare bird? What lures the birds themselves halfway around the world when there are probably other places they could go to much closer to home?

These questions are raised in the programme but aren’t exactly answered. Of course many bird watchers record birds for the benefit of science. And a few months after our visit Sara will publish handiwork - a short book about art, craft and reasons for making things. And I’ll bring some of my recordings together for a half hour of radio.

In the Spring of 2020, things didn’t go according to plan. In the initial months of Lockdown when I started listening back to hours and hours of recordings I re-visited a time - a few short months before - when we could roam the country roads, stare at the empty sky and sit around a kitchen table talking to strangers. To me, in those days, things not going to plan often seemed romantic and frivolous.

Now we’re all blown off course and possibly a little lost.

Listen to more from The Lyric Feature here. 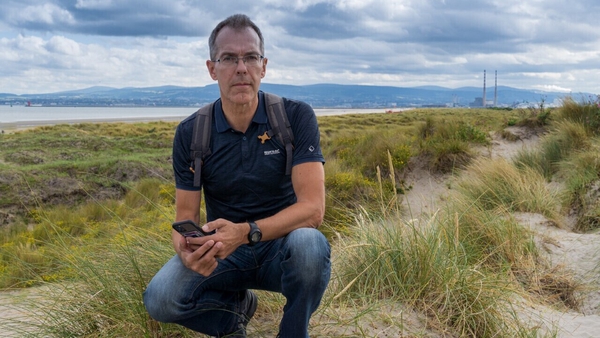