The Cork International Film Festival has announced a packed line-up of fiction, documentaries and Irish features for their 2020 edition, the 65th year running for Ireland's oldest film event, presented this year as a fully digital event, available to watch via the event's new Digital Festival platform, CIFF@Home.

This year's festival will run online for 7 days, from November 9th -15th, featuring Irish and world premieres in addition to Gala screenings, an extensive shorts programme, plus a number of special events.

The 65th annual CIFF kicked off on Sunday 8th November with the 65th Anniversary Gala, the Irish premiere of The Racer, with the film available to watch nationwide online through to 15th November.

The festival will also feature world premieres of new Irish feature films, including Irish Gala feature The Bright Side, debut feature The Edge of Chaos, and documentaries Home is a Sacrifice Zone and Castro's Spies.

For the short film programme, over 3130 short film submissions were received, with just 81 chosen for inclusion, including new Irish shorts Drifting by Robert Higgins and Patrick McGivney, How to Fall in Love in a Pandemic by Michael-David McKernan, Arena by Helen Warner, Dúirt Tú (You Said) by Shaun Dunne and Zoe Ní Riordáin, Iarscoláire (Past Pupil) by Shaun Dunne, Fallow Table by Luca Truffarelli, Jessica and Megan Kennedy and Afterlife by Daniel Butler.

The Full Festival programme, tickets to all digital events and registration for in-cinema events are available now at the Cork Film Festival website. 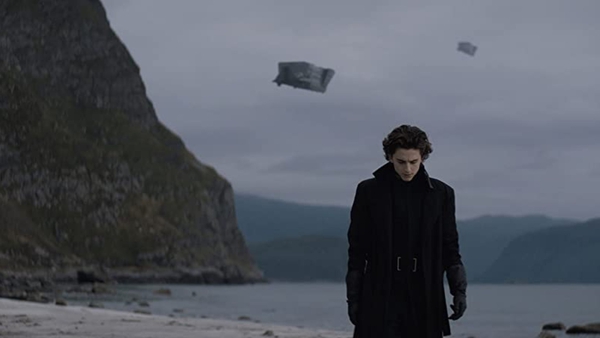