The work of Sigizmund Krzhizhanovsky is clever, playful and erudite in the way that the fiction of Flann O'Brien also is. It is surreal but this is surrealism with a point, however oblique that may seem in translation and however unfamiliar life in 1930s and 1940s Soviet Russia may seem by now to the contemporary Western reader.

Fantasy or magic realism is often indulgent writing, acceptable often only to a clique of readers, however vast that may be. It's often specialised nonsense, let’s face it, not even an acquired taste. Not so the eighteen particularly short stories of Sigizmund Krzhizhanovsky ((1887-1950) as assembled here, thereby joining two previous collections of short stories by the Russian writer already published by the excellent NYRB Books.

Yes, Krzhizhanovsky is in the business of surreal and parallel universes, fantasy, if you like in this166 page collection, but he is clever in the way that Flann O’Brien was, he is, eh, unwittingly Mylesian. Take the opening story, Comrade Punt, concerning a pair of office pants which climb up the ranks at the workplace where they appear one morning following the sudden death of their owner, the eponymous Comrade Punt.

. . .since the so-called heart, or, rather, neurovibrations of a clerk tend to slink into his boots, then return to his head so as to again....in short, to constantly oscillate between boots and crown, it is entirely natural that the pants seam rumpalia (rump), located midway, would each time retain some small part of these vibrations, gently amassing and enseating itself with some semblance of thought, thus giving the pants the right to a rational and entirely independent life.

Reading this, I was instantly reminded of O’Brien’s redoubtable Third Policeman imbibing the molecules and chemical properties of bicycle-ness, also through the seat of his serge pants.

The story My Match with the King of Ghosts, on the other hand, bears actual direct kinship with the work of an Irish writer, Jonathan Swift. The author here presumes to add a few pages to the adventures of Gulliver in the Land of Giants as the tiny creature who narrates the story plays an utterly daft chess game with a very large monarchical figure. A pawn, rook, horse and king are lugged around or moved with force by the sweating diminutive player as both players fiercely contend.

The tiny one actually wins the first game through some utterly crazed machinations beyond this writer’s ken as he does not understand chess in the first place. However, he ends up being dumped by mistake into the chess box with the pieces. Once awakened from loss of consciousness, he has to find his way out of that dark coffin, but all ends well in an atmosphere of detente and cordiality. 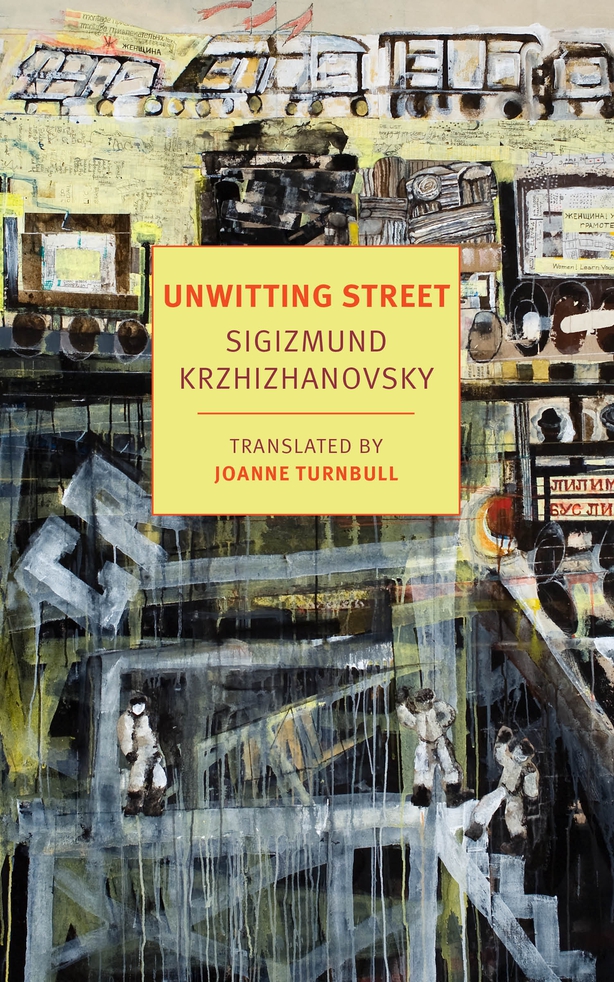 The Slightly-Slightlies ratchets up the playful daftness, as a forensic handwriting expert notices a tiny man, which first appears like a speck  under his magnifying glass in a promissory note which he is reading  - movable type as it were. The so-called King of the Slightly-Slightlies has legions of followers who once they exact the man’s loyalty, begin to overrun his entire life. It is hard not to deduce an inference here to Stalinist surveillance, allied perhaps to that pressure to force the little men in your type script to express something nice about Comrade Joszef, which Krzhizhanovsky steadfastly refused to do in his fiction.

Born the Ukrainian-born son of Polish emigrants, the author studied law and classical philology at Kiev university. In 1922, he moved to Moscow to live in a cell-like room, doggedly writing his short stories for twenty years while ignoring injunctions to portray the Soviet regime in a positive light. Three individual acts of censorship followed by the strictures of the Second World War led to his work not seeing the light of day until 1989.

The wistful but amusing story Travels of a Cage more precisely concerns the travels of a parrot who ends up in the hands of a host of disparate characters during the First World War as the Germans/Axis invade Russia. He is eventually sold by at a market by a boy for a mere fifty Kopeks, almost to get rid of the much-travelled bird.

In A Page of History a lecturer finds himself walking away from a theatre where he overhears a lecturer inside the door address the assembled with the words "a page of history is turning, gentlemen.." Our protagonist walks down the street with blue black shadows which appears to be turning into a page. There is something of Jorge Luis Borges too about all these literary references and obsessive scholarship.

In The Window, a literally 'lowly' cashier who appears to have lived in some kind fo bunker underneath his cashier window secures a flat in his retirement but he can't hack the apartment's large Italian window with six casements. He has a special cashier hatch, or what the translator Joanne Turnbull calls a  'windowlet' installed and thereafter he sleeps soundly. Moreover, a new sign draws attention to the cashier hatch whicvh is once again open for deposit or withdrawal. But it's on the seventh floor, so our reluctant retiree is unlikely to get many takers.

In The Flyelephant, a fly finds himself extended radically to inhabit the body of an elephant but he cannot lose the soul of a fly which leads to awkward encounters. He longs to go back to his original state and to find the crack in the wall or rock where he once lived as a fly.

The moral may be something like 'Be careful what you wish for..'One suspects there are indeed hidden morals in many of Sigizmund Krzhizhanovsky's stories. Krzhizhanovsky went for surreal and off-the-wall, but not just to be flamboyant. Satire was, rather, the matter in hand and a coded way of writing about a system which the mischievous author must surely have despised.