Composer and Artist-in-Residence Andrew Synnott's new opera commissioned by Wexford Festival Opera is based on the Shakespeare narrative poem, The Rape of Lucrece, about the legendary Roman noblewoman Lucretia - watch the first episode of What Happened To Lucrece above...

Under the direction of Rosetta Cucchi, What Happened to Lucrece is written for four singers and piano, and will be performed on three separate evenings. Each performance will have a different ending; one tragic, one farcical and one romantic. Viewers are invited to vote on their preferred ending...

NB: Contains themes of a mature nature and may not be suitable for younger audiences.

Below, Composer Andrew Synnott introduces What Happened to Lucrece...

I think it's fair to say that nobody’s 2020 has gone according to plan. For me, the Covid-19 crisis meant much the same as it did for all other musicians in the country—a slew of cancelled work combined with an uncertain and perilous future.

Before lockdown I had begun writing a new opera for Wexford Festival as part of my contribution as Artist  In Residence for this year’s festival. In April, Rosetta Cucchi (the festival’s Artistic Director) called me to tell me that the festival as it had been imagined and programmed for this year was to be postponed (including my partially written opera) and replaced by an online festival.

She went on to say that she had an idea for a new opera, What Happened To Lucrece, and it would have three endings. Plans change, but this was big. It began a frenzied process of collaboration over email and zoom as Rosetta and I tried to get the libretto and then the music written in what was a ridiculously short space of time. Of course, because of lockdown, I was able to devote myself to this task in a way and with an intensity that is not normally possible. This opera is a true child of Covid.

What Happened To Lucrece is a modern reimagining of Shakespeare’s poem The Rape of Lucrece. During the festival, there will be three versions of the opera broadcast on three separate evenings, each with a different ending. The first ending is a comedy; the second can be loosely described as a romance; the third is a tragedy and most closely follows the path of the original story. It is part of the job of a composer to make choices that become the building blocks of the music.

For me, the potential to reach out to people who don't normally attend opera performances is a significant compensation for the loss of the live experience.

In the normal course of events, ideas beget other ideas and bit-by-bit the composition takes on its final shape. It is rare that I get to follow more than one compositional path so completely to the end. Another challenge is that the opening scenes (the scenes common to all three) need to be able to function as a plausible opening to an opera with three very different outcomes.

These compositional concerns (and many others) preoccupied me from May to August the 3rd when the completed score was handed over. There is something magical about sending pages of dots and lines to singers, pianists, directors and designers and arriving at rehearsals to see your work take shape in three dimensions. Rehearsing the music feels like a discovery.

Good performers always show me something new in my music. They unlock hidden potential and change the way I hear things. They are part of the compositional process and close the circle of creativity. What Happened To Lucrece has the brilliant young cast of Sara Richmond (Lucrece), Rory Musgrave (Sextus), Sara Shine (Fran) and Kathleen Norchi (Colly) with pianist Giorgio d’Alonso.

One of the most interesting aspects of this project is the streamed performances and the afterlife of the opera on various digital formats including YouTube and the RTE Player. How will audiences interact with the piece? Which ending will they prefer? If they only watch one, then which one will they watch? Will it attract traditional opera audiences? For me, the potential to reach out to people who don’t normally attend opera performances is a significant compensation for the loss of the live experience. I believe in opera’s power to communicate and to entertain and so I welcome the chance to reach a wider audience.

While we wait to be allowed back into theatres and opera houses we are going to have to get used to experiencing our music, our theatre and our opera online. It has been a joy and a privilege for me to be part of Wexford’s 69th festival, Waiting for Shakespeare…The festival in the air. Here’s hoping that this time next year we can all meet in Wexford for number 70. 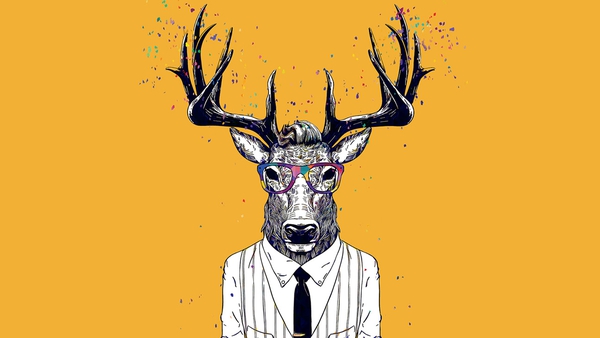