In Pantisocracy on RTÉ Radio 1, Panti Bliss invites a diverse gathering of intriguing, high profile and articulate guests into her parlour to chat about their life's journey and share stories - listen to the first episode of the new series above.

What happens when the things you've been planning, the projects you have been dreaming of, get postponed, cancelled or become impossible to do? In the first episode of the new season of Pantisocracy, Panti hosts a gathering of storytelling and song, with three talented people who found themselves launching their beloved projects, the results of years of work, in the middle of a global pandemic and lockdown.

With her are writer Mark O'Connell, whose book Notes from An Apocalypse explores our obsession with the end of the world, and the Indian-Irish novelist Cauvery Madhavan, whose novel The Tainted is a love story set against the background of the Irish soldiers, serving in India with the British army, who mutinied in 1920.

Alongside them is singer/actor Lisa Lambe who will be performing from her new album Juniper launched in lockdown, after a couple of years of work, and whose plans to perform it were postponed, cancelled and parked. 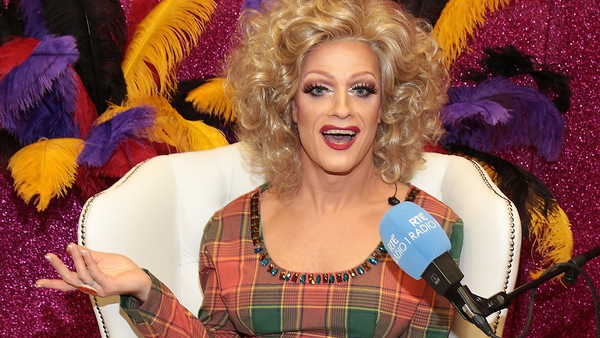